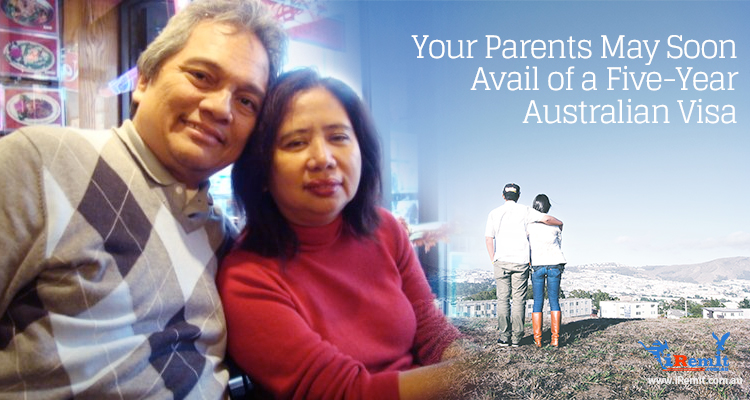 By Serena Estrella in Moving Down Under
November 21, 2016

Your Parents May Soon Avail of a Five-Year Australian Visa

Q: Why do Asian people have their parents living with them?

A: So that they can spend the money they save from swearing off care homes on bingo instead.

The credit for that little joke goes to the Vietnamese-American comedian Dat Phan, but grown Asian children, especially Filipinos, may have had the exact same thought at one point. We’re simply accustomed to caring for our parents in their old age, partly out of a sense of gratitude. They DID look after us when we were feeble and helpless, so we’re usually more than willing to do the same when the tables are turned (and hey, that extra bingo money helps too, but I digress).

However, things get complicated if the adult child is based in a different country. Most migrants who settle in Australia also dream of bringing their parents over so they can care for them, but applying for a parent visa can be either highly expensive or incredibly time-consuming.

There are basically two visa categories available to the parent/s of Australian citizens or permanent residents:

Thankfully, a middle-ground alternative is currently in the pipeline under the Turnbull administration. At the moment, only 1,500 parents are able to join their migrant children in Australia under a Parent visa every year as it can take decades for slots to open up. Similarly, only 7,000 parents get to reunite with their kids through the Contributory Parent visa. When placed side by side with the 6.7 million migrants in Australia, those numbers are quite dismal.

The new visa will enable Australian citizens and permanent residents to sponsor their parents to move to the country for five years rather than joining a waiting list that’s literally decades long. The government has yet to decide how much the fees for the new visa will be, but it’s due to be launched in July of next year.

While most Western countries value independence from one’s parents at a young age (as well as vice versa), Australia seems to have acknowledged the benefits of reuniting three generations of migrant families. Productivity is certainly one of them, as migrant employees can focus on their work a lot better when grandma or grandpa is the one babysitting the kids back home.