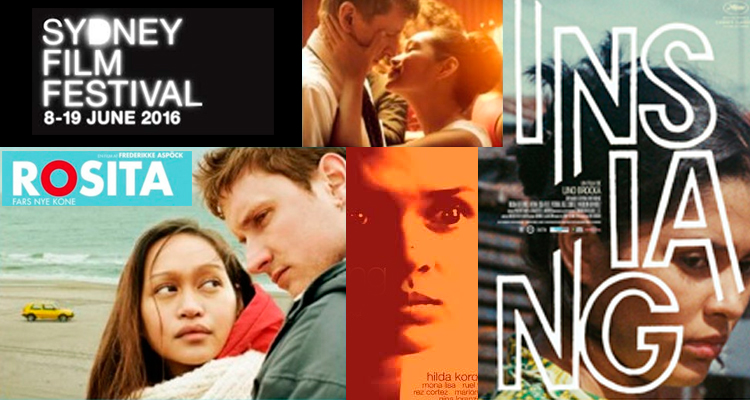 There are several reasons why you must not skip on the 63rd Sydney Film Festival (SFF). For starters, it is a 12-day cinema extravaganza running from June 8 to June 12 so you can surely make time on your busy schedule. It features quality films from Australia and all over the globe.

Some of these films were screened at other acclaimed film festivals such as the Cannes, Sundance, and Berlinale.

The festival will grace cinemas across Sydney, from Skyline Drive-In Blacktown to Casula Powerhouse and State Theatre. And this year is revolutionary as it screens two Filipino films – Rosita and Insiang.

Although Rosita is not made by a Filipino director, it touches the lives of the Filipinos with the leads being Filipino as well.

What better way to kick off your incredible SFF experience than by watching the 1976 classic drama movie by Lino Brocka called Insiang?

Insiang, adapted from Mario O’Hara’s teleplay of the same name, is the first Filipino film to enter the Cannes Film Festival and the SFF. Impressively, Director Lino Brocka shot the entire film in just 11 days despite the financial pressures and government censorship during that time. The all-star cast included Hilda Koronel, Mona Lisa, Ruel Vernal, and Rez Cortez.

The film follows the 17-year-old Insiang who resides in the slums of Tondo, Manila. She was raped by her mother’s lover and learns how to exact revenge to the people who ruined her life. It is a darker yet realistic look on the lives of impoverished Filipinos. If you asked me, these type of film is important as it opens the Filipino’s consciousness about the problems in our society.

Think Insiang’s life is inspiring? Follow her story by getting your tickets at http://tix.sff.org.au/session_sff.asp?sn=Insiang.

Relevant, insightful, and humorous are the three words that can perfectly encapsulate Frederikke Aspöck’s Rosita. The story revolves around Rosita, a young woman who relocates to Denmark to marry a middle-aged widower using a “mail-order bride” system.

Rosita, played beautifully by the Filipino actress Mercedes Cabral, is bound to marry Ulrik in a small fishing town in Denmark. Johannes reluctantly became his father’s translator during the course of their relationship.

However, as you might have guessed, Johannes and Rosita became more attracted to each other over the following weeks. This is where the complications came in. Simply put, Rosita is torn between the love of father and son.

To give you a background of the film, Mercedes Cabral was highly recommended by the Cannes-winning Filipino filmmaker Brillante Mendoza to the Danish director Frederikke Aspöck.

Interestingly, the story of Cabral and Aspöck began in a digital screen test on Skype. Because of the 7-hour time difference between the two countries, Aspöck was having coffee while Cabral was having beer! Their unconventional meeting parallels the unique story of the film.

Sold by the story? Get your Rosita tickets at http://tix.sff.org.au/session_sff.asp?sn=Rosita.