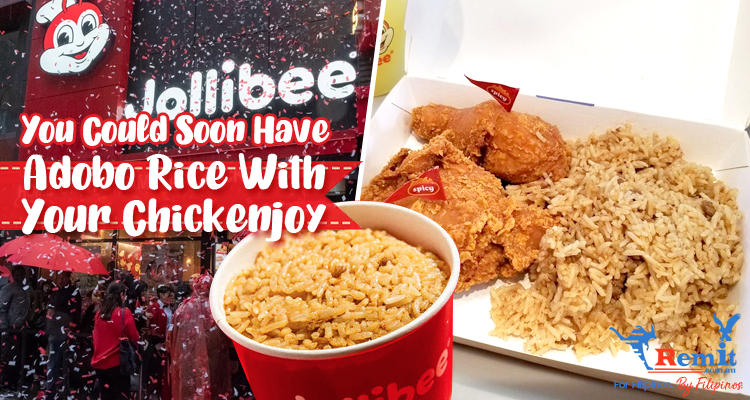 You Could Soon Have Adobo Rice With Your Chickenjoy

Seriously, Jollibee should be hitting us up for a sponsored post. Or they could give each of us on the RemitAU Marketing team a bunch of Chickenjoy gift certificates and we’d call it square. *nudge*nudge*wink*wink*

Kidding aside, it looks like the fast food giant might roll out another iconic menu item soon. And according to several accounts, it’s a side dish that complements their legendary Chickenjoy.

Even if you’re not a Filipino, you probably know all about adobo by now. The soy-sauce and vinegar-braised meat stew often has chicken as its centerpiece. Little wonder then that Jollibee’s latest side dish draws inspiration from it.

Adobo rice, as its name suggests, features the country’s favorite carbohydrate stir-fried in adobo sauce. Oftentimes, adobo chicken flakes are sprinkled on top of it to finish. It sounds so simple, but each bite is simultaneously flavorful and comforting.

Thus, when Jollibee opened its Manhattan branch last year, they debuted their take on the dish. The menu describes it as tangy and garlicky, with bits of minced chicken throughout. While reviews are mixed (one diner described it as just a really peppery rice without that distinct adobo flavor), it’s been quite a hit among both Filipinos and foreigners.

Where Can I Try This? 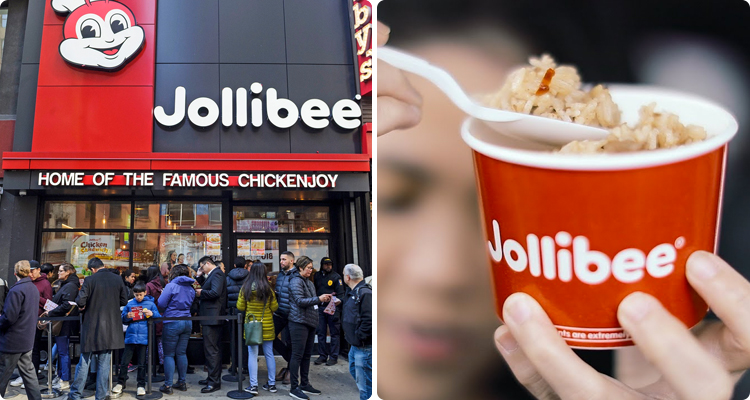 Ironically, Jollibee’s adobo rice is one of those menu items you can only try outside the Philippines. Currently, only Manhattan residents have easy access to it.

Hopefully, though, that is about to change.

Last Friday, 11 October, Jollibee Foods Corporation (JFC) CEO Ernesto Tanmantiong announced that the company is currently exploring the possibility of including other Filipino food favorites in its global menu. Adobo rice is, of course, on the shortlist.

“We’re actually introducing adobo rice in Jollibee stores outside the Philippines. We have done that in Manhattan and it also goes well with chicken joy. And we started to notice that even non-Filipinos love it,” Tanmantiong said. “So there might be a chance. We still don’t know yet, we’re trying to roll out to other stores.”

One can only hope that those “other stores” will include those on our beloved shores, eh?