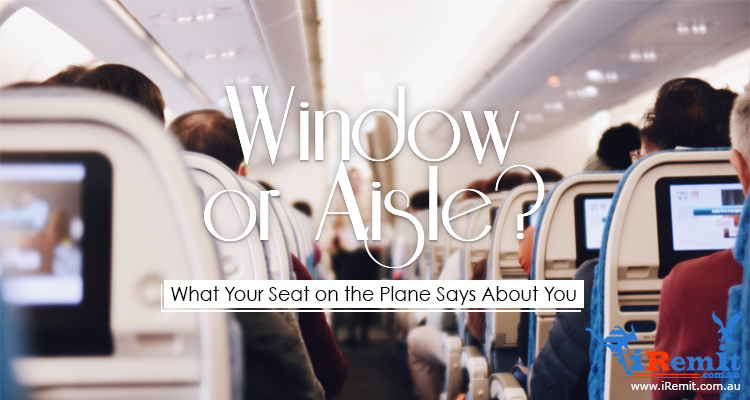 Window or Aisle? What Your Seat on the Plane Says About You

With seat sales and remote work becoming all the rage, the debate over whether the aisle or the window seat is better has taken on some, ah, interesting proportions. Personally, I don’t really have a preference (though I try to snag an entire row to myself when on a long-haul flight), but I know of some people who swear by a window seat for the spectacular view and of travelers who gravitate toward the aisle seat so they get dibs on the inflight meal.

And now, the psychology of plane seats is set to widen the divide even more.

If You Prefer the Aisle Seat

……you’re probably more accommodating to fellow passengers, and could be more keen on control. The aisle seat, after all, is the power seat in each row, and passengers often have to ask whoever is sitting there to make way in case they need to go to the bathroom or get something from the overhead bin.

Introverts are also said to be more likely to spring for an aisle seat since it enables them to get up whenever they need to without having to talk to strangers or fellow passengers.

And because aisle seats are regularly jostled by trolleys passing through (or by window or middle-seat passengers jockeying for position), they’re allegedly chosen by passengers who can’t sleep on planes or who plan on getting some work done in transit.

If You Prefer the Window Seat

……you’re a nester who likes to seal off the rest of the world. Window seats let you rest your head against a wall or gaze far away into the horizon, effectively shutting out everyone else.

Some psychologists have also suggested that window seat fans have a more confident personality since they often have to talk to complete strangers to let them pass should the need arise.

However, the flip side of this is that they’ve also been accused of having an “every man for himself” mentality. Apparently, wanting to be in your own bubble until you need your fellow passengers to let you pass tends to give off that impression.

Air travel is fraught with its own kind of lore and all sorts of secrets and life hacks, which all probably came into being as a result of people having nothing better to do on a long-haul flight than to come up with theories about their seatmates. Either that, or some psychologists clearly have far too much time on their hands.

How about you? Which seat will you be choosing when you fly home to your family this Christmas?