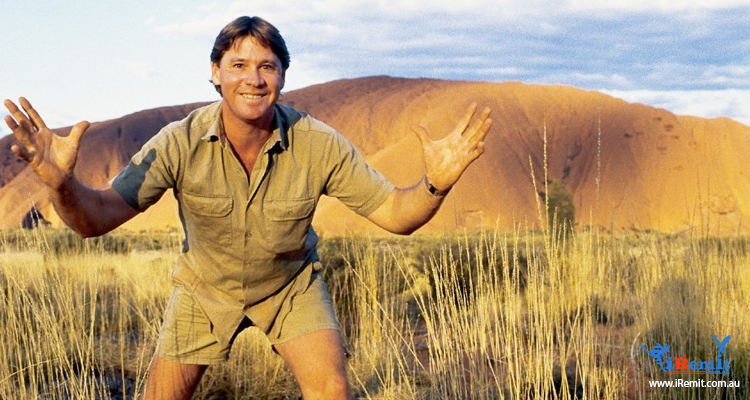 Crikey! Who among us could ever forget Steve Irwin?

The perpetually khaki shorts-clad Crocodile Hunter had such a larger than life presence, wrestling dangerous wildlife like snakes, Komodo dragons, and of course, crocodiles, all while joyously spouting “G’day! I’m Steve Irwin” in a broad Aussie accent. Despite his habit of constantly putting himself in harm’s way, his knack for keeping things under control made you believe he was invincible.

Up until September 4, 2006, that is. The TV host was wrapping up the filming of a documentary on the Great Barrier Reef when a huge eight foot-wide stingray stabbed at him repeatedly. Hours later, he was dead, and the world mourned the loss of wildlife conservation’s most prominent advocate.

The celebrated conservationist has since been commemorated in various ways: November 15 was declared “Steve Irwin Day” by the Australia Zoo, an anti-whaling ship was christened the MV Steve Irwin, and a snail species was dubbed Crikey steveirwini (no, I’m not making that up).

And now, Steve Irwin’s fans are campaigning for the ultimate tribute to mark the first decade since his passing: his face on Australian currency.

Typically, the currency circulating in Australia cannot feature the likeness of individuals “other than Her Majesty Queen Elizabeth II and other members of the British Royal Family,” but that has not stopped more than 20,000 people from signing the petition. A design featuring Steve Irwin’s image on the AU$100 bill has even been uploaded on the campaign’s official Facebook page.

The move to further immortalize the Australian icon has gained so much traction that the Australian Royal Mint has responded by urging the group behind it to submit a written proposal for consideration. CEO Ross MacDiarmid also pointed out that a special commemorative coin was minted in Irwin’s honor back in 2009, but understood the clamor for a more lasting form of recognition nonetheless.

As yet, there is no word from Irwin’s widow Terri regarding the matter, but his daughter Bindi did mention in an interview with NewsCorp Australia that “It is such an honor that Dad is being considered to be remembered forever on Australian currency. His legacy will continue to inspire us all, he truly changed the world.”

Do you think Steve Irwin should be on Australian currency? If so, you can sign the petition right here.