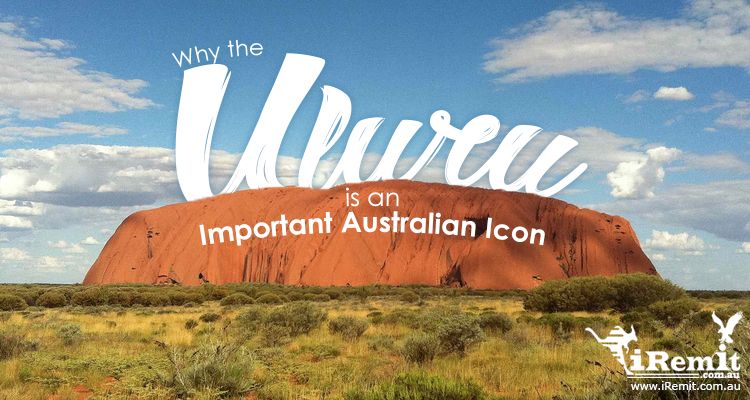 Why the Uluru Is an Important Australian Icon

The Uluru is almost symbolic to Australia. As one writer puts it, it is “almost literally the heart of Australia.”

So what does it have to do with us Filipinos in Australia? A lot.

As Filipinos we always look for symbols that relate to us as a people. We have, for example, the sampaguita that symbolizes “purity, simplicity, humility, and strength”. However, as migrants, we may feel our identity lost in the middle of the big Australian continent. It is, therefore, necessary to know more about the new habitat to make it a home like no other.

So, how well do you know Uluru? Here are the 10 things you should know:

If Uluru does not ring a bell to you, maybe because it is called another name.

Australians know it as Ayers Rock. The icon stands on an area that once belonged to South Australia. During that time, the huge monolith was named by surveyor William Gosse after the Chief Secretary of South Australia, Sir Henry Ayers back in July 1873.

It was on 15 December 1993 when a policy was adopted to allow two official names for the iconic landmark naming it Ayers Rock/Uluru. However, thanks to the efforts of the Regional Tourism Association, the name was reversed in November 2002 to Uluru/Ayers Rock to acknowledge its “unique cultural value.”

The most famous monolith

The Uluru is a sandstone monolith found in the south-west corner of the Northern Territory and its nearest township is Alice Springs at 430km or around 5–hour one-way drive. Uluru is part of Australia’s famous Red Centre.

It is 348m high making it higher than famous landmarks like the Eiffel Tower and Chrysler building although it is not the highest monolith in the world. Still, it is believed to have an additional 2.5km more buried underground.

The Uluru stretches around 3.6 km long and 1.9km wide. It’s 9.4 km to go around the base making it one of the largest monolith known so far.

Some sources say that the right term to use is “inselberg” or island mountain. An island mountain is a “prominent isolated bump or hill that rises abruptly from widespread flat plains in hot, dry region. It’s the hard rock of a mountain left over after softer areas have eroded away.

Uluru has a lesser-known but equally exquisite sibling, the Kata Tjuta or the Olgas. The said landmark is also located in the Red Centre and is part of the Uluru-Kata Tjuta National Park.

Kata Tjuta literally means “many heads” this is because it is made up of 36 smaller monoliths with Mt. Olga as the highest point at 546 meters tall. All of the 36 monoliths cover 35km2 with 22km2 circumference.

It is believed that the Uluru and the Kata Tjuta once belonged to massive monolith before centuries of erosion and other natural processes made them look like what it is today.

Studies suggest that the Uluru and the Kata Tjuta are about 500-600 million years old! That is way before the dinosaurs ever walked the earth. If you want to check the timeline you may visit BBC’s “History of Life on Earth” article.

The Uluru and Kata Tjuta were formed through a series of natural processes. The aboriginals have their own myths about how it all started and scientists, of course, have its own version.

Scientists believed that erosion of the Petermann Ranges produced the Uluru and Kata Tjuta before it was submerged under sea waters and raised back up to create the natural wonder we all know now.

The Petermann ranges were once as high as the Alps or the Himalayas. But erosion diminished the ranges to what we see presently while sending sediments and minerals towards the direction of the monoliths.

Then, came the sea water that went through central Australia and out through Kimberly. They were once submerged under sea water with limestone, sand, and mud covering them. The monoliths underwent a lithification transforming the sediments into rocks.

Now, they are 862.5 meters above sea level. It was wielded very well together that it is incredibly hard and is not breaking apart even after millions of years.

You may read more about how the monoliths were created here.

The Uluru and Kata Tjuta have several crevices, caves and even a sacred pool.

The land surrounding the area where the Uluru-Kata Tjuta National Park is owned by an Australian aboriginal tribe known as the Anangu tribe. Studies show that they lived in the area since at least 10,000 years ago.

The first English person to set foot on the premises Mr. William Christie Gosse (who named Uluru as Ayers Rock) and that was not until 1873.

It became Ayers Rock National park in 1950 and eight years after the government removed Uluru and Kata Tjuta from an Aboriginal reserve to create the Ayers Rock Mt Olga national park.

After 35 years of campaigning, the Anangu tribe were once again recognized as the rightful owners of the land. The government made a 99-year lease deal with the tribe so both groups can co-manage the park in 1985. This deal is famously named as “handback.”

To Australians and tourist all over, the Uluru is a natural wonder but it means so much more to the people who live in the area.

Some of the Anangu’s rules requests tourists the following:

It is a sacred site that is not made for climbing. Instead, tourists are encouraged to go around the rock where they can find more interesting things.

Under certain conditions, it is safe to climb the rock and the government’s 99-year lease do not ban such activity (even if former Prime Minister Bob Hawke promised to ban it before the deal was made). Note that out of those who tried to climb the rock, 37 people died since 1950.

The Anangu is a living tribe with their culture, tradition, and religion alive as ours. The paintings you will see on the rock means something for the Anangu, it is their way of life passed down from one generation to the next, adding vandal images on the rock is rude and insensitive. 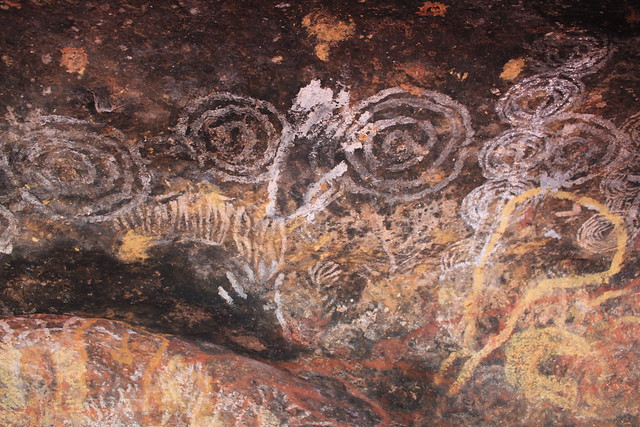 Also, there are places where you can take photographs of paintings – signs are clearly posted in the surroundings. This is due to the tribe’s gender-based rituals where the opposite sex are not allowed to enter certain areas where the other group performs rituals. Taking pictures of these forbidden areas may unintentionally break that rule if one of the tribe’s people sees the photographs.

The Uluru is one of the very few places in the world to receive two listings with UNESCO.

In 1987 it was listed under the Natural World Heritage for its unique geology.

Ten years after in 1997, it is listed as a Cultural World Heritage site for its cultural importance to the local Aborigines.

A Chameleon of a Rock

Aside from being a heritage site, the Uluru is famous for its changing colors.

Depending on the sun’s angle, the rock can be anywhere from red, orange-red to brown.

The orange-red colour is due to the oxidation of its iron content. Uluru is made up of feldspar, quartz, and rock fragments while the Kata Tjuta is all gravel and boulder cemented by mud and sand.

When we hear of the Uluru we see images of a dry, hot place far away from civilization.

While it is far if you drive going to it, you can actually take the plane to make the trip shorter.

Yes, it is in the Red Centre and camels graze the red, terracotta coloured soil but like most desert areas, it can get cold at night. Winter temperatures can drop to -8C and during summer days temperatures can soar to 48C.

Yet, it receives about 200-250mm of rain a year. That is more than most other desert places.

And what a spectacular view it gives when it rains! From a red giant rock to something like thousands of waterfalls.

These natural wonders are an important part of the world’s history as it dates back to millions of years before humans ever walked on earth.

The Uluru and Kata Tjuta are integral parts of Australian aboriginal people and the whole Australian society. Great history, culture, and tradition are woven into it in almost the same way that the minerals and sediments were shaped by time and force to bring about the monolithic icons.

They may not be Philippine symbols but they can stand for something for us here in Australia. We, like other cultures around the world, can identify with the flight of the Anangu as they struggled to get what is rightfully theirs, keeping their culture and tradition intact along the way.

Like the monoliths, we all stand stronger after all hardships ever adapting to changes but never wavering in strength.