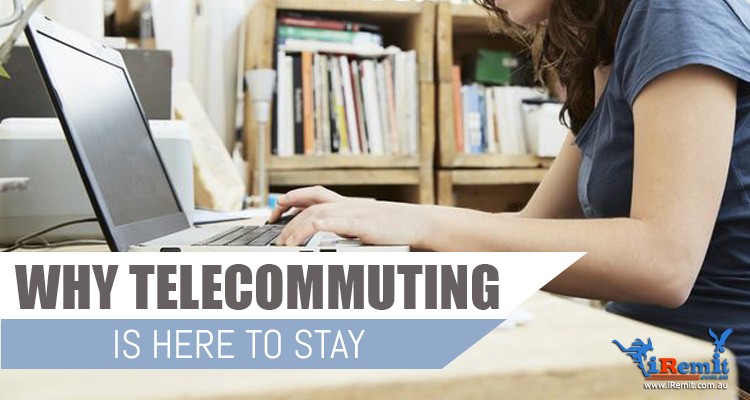 By Serena Estrella in Business and Career
July 27, 2017

Why Telecommuting is Here to Stay

When Yahoo CEO Marissa Mayer banned working from home back in 2013 on the pretext of “returning Yahoo to greatness,” it shook up the remote working world. Remote work, or telecommuting, was essentially born of the 21st century’s great strides in communications technology. It was also consistently hailed as the future of the workplace, but if one of the world’s tech giants couldn’t cut it, what hope was there for the rest of us?

Still, an increasingly significant number of companies have been relying on remote work, and work-life balance-oriented millennials have also come to favor workplaces that offer such. So, what gives? How is it that the remote working trend still seems to be on a steadily rising path despite a few horror stories making the rounds?

Let’s take a closer look at some of the factors that make up this equation:

Sometimes, it can be hard to determine if work is really being done when you can’t look in on your employees. Inversely, many remote workers worry that they may be making a bad impression (or no impression at all) by not being visible at the office.

The important thing here is to have an effective system and a supportive culture in place. Progress reports and monitoring software should be part and parcel of an everyday working routine to promote accountability, while the higher-ups should work with line managers to adjust their perceptions and expectations of the telecommuting set-up. This ensures that any potential areas of concern are minimized and addressed early on.

This diminishes greatly in any remote work arrangement, and was largely part of the outward rationale behind Mayer’s decision to bring all employees back to the Yahoo office.

While the lack of actual interaction can hinder communication and team synergy and can also make remote workers feel isolated, hiring a good workplace director and the appropriate technological apps can be effective countermeasures.

Also, you can always schedule periodic meet-ups where the remote working members of the team can show up at the office at an appointed time just to reconnect with everyone.

Provided that you assign employees who are better suited to remote work (i.e., introverted self-starters who have the discipline to shut out distractions at home), telecommuters can actually prove to be more productive than their in-house counterparts.

Working from home means being able to choose an optimum work schedule for yourself, whether you’re an early bird or a night owl, so telecommuters are often at their best when they start work for the day, regardless of what time that is. And if they manage their schedules well, remote workers are able to achieve the sort of work-life balance that result in them being happier, more productive employees, making it a win-win situation for everyone.

It would be incredibly far-fetched for an employee who works solely from home to reach the top tier of the company, but that doesn’t mean that there aren’t opportunities for advancement for telecommuters.

As remote work becomes the norm for many companies, we could expect new job titles and occupations to arise. Examples of such are remote project managers, who would be tasked with heading various telecommuters from all over the world, and the previously-mentioned workplace directors, who can serve as the bridge between the company and its remote workers to ensure that both sides are in sync with each other.

So, while many remote positions might seem relatively short-term, there’s no reason to believe that the employees working in such can’t rise to leadership positions AND maintain their work from home set-up.

Telecommuting’s not perfect, sure, but we also need to bear in mind that it can only be as good or as bad as the company that implements it. Like money, it simply magnifies whatever is already extant. If your company culture has always been collaborative and productive, it will be even more so. If the reverse is true, remote work or telecommuting nor any other surface-level solution won’t save you.