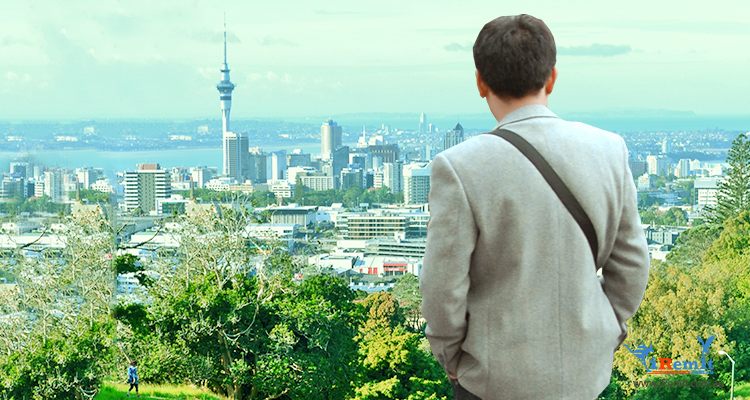 Why New Zealand is Hankering for Migrants

Given Donald Trump’s unequivocal stance on kicking migrants out to “make America great again,” his recent rise in the presidential polls is quite worrying for many US citizens, whether they are documented or not. With Filipino OFW’s being among the top five immigrant groups in the USA, it’s probably safe to assume that many of our countrymen look to November’s presidential elections with quite a bit of anxiety.

Fortunately, not all Western countries are as keen as Trump is in erecting walls (both literal and metaphorical) for keeping migrants out. Quite a few of them would even welcome a deluge, it seems.

New Zealand is one such example. It was recently reported that over 69,000 people have migrated to the said country in the previous year, and Prime Minister John Key was questioned as to how his government allowed a record number of migrants in when 200,000 Kiwi’s were unemployed as it were.

His response was matter-of-factly: schemes to get New Zealander beneficiaries into jobs routinely fail because many of them lack basic work skills.

While that statement certainly stung, it’s also hard to deny, as are the other reasons behind the island nation’s preference for migrant labor:

1. Their work ethic is hard to beat.

Any migrant knows that you need to work your butt off unless you want to go back home with your tail between your legs. Since many of them come from third-world countries where the costs of living are quite low, moving to a place like New Zealand or Australia often entails a big adjustment. Also, because migrating to Auckland doesn’t come cheap, migrants are determined to make the most out of their move.

As a result, migrants always work as though they constantly have something to prove, and they never take their jobs for granted. For instance, it isn’t unusual for a migrant to still soldier on and work an 18-hour shift in a restaurant kitchen despite running a 40-degree fever. If you are a restaurant owner who is used to local workers calling in sick because of a “slight cold” (i.e., a hangover), you too would end up preferring reliable migrants who show up come hell or high water.

2. Most migrants will take whatever work they can.

Because a lot of them are desperate to achieve financial stability in a foreign country and to send money back to their home countries, migrants aren’t picky about jobs. Even if it’s something as blue-collar as fruit-picking or construction work, they aren’t likely to turn their nose up at it.

The same can’t be said for most locals who grew up in first-world countries, however. Even with improved wages and benefits factored in, they still view such jobs as “dirty, unhygienic hard work.”

3. Some Kiwi’s have drug problems.

Prime Minister Key in the same interview mentioned that employers have found that some local laborers won’t even pass a drug test (Paging President Duterte), a highly problematic scenario indeed.

Drugs aren’t the only problem. Leon Stallard, a director for Horticulture New Zealand, bewailed how bringing in Auckland beneficiaries to his apple orchards proved to be disastrous. The latest incident involved the said Kiwi’s lasting only three days, but not before smashing up thousands of dollars’ worth of equipment and getting drunk.

While some illegal migrants are used as drug mules, the majority of them are much too careful with their residency status to risk drug or alcohol abuse, or getting caught with evidence of it, at least.

4. Migrant workers prefer to be kept off the books.

Technically, you can’t seek out paid employment while waiting for your work visa to be approved. In reality, though, there are mounting bills that need to be paid and mouths of dependents to feed as you wait.

This is why many migrants take on temporary jobs like fruit-picking before their work visa is approved. The owners of orchards or farms can get away with hiring undocumented workers and paying them in cash (and thus skipping out on benefits like healthcare or social security), an arrangement that suits migrant workers just fine since there would be no hard evidence of them violating labor restrictions.

5. Most of them don’t belong to trade unions.

Many migrants, whether they are legal or not, prefer not to make waves in their adoptive countries. The undocumented ones shy away from unions since any form of official registration could blow their cover and put them at risk for deportation. The documented ones are equally wary since their hard-won jobs and residency status can be jeopardized by the same.

And employees or workers who aren’t members of labor unions are far less likely to file lawsuits against their employers.

All this, of course, is not to say that all Kiwi workers are bad or all migrant workers are good. On the other hand, taking a leaf out of a migrant worker’s book might not be a bad idea if your job search is proving harder than expected.