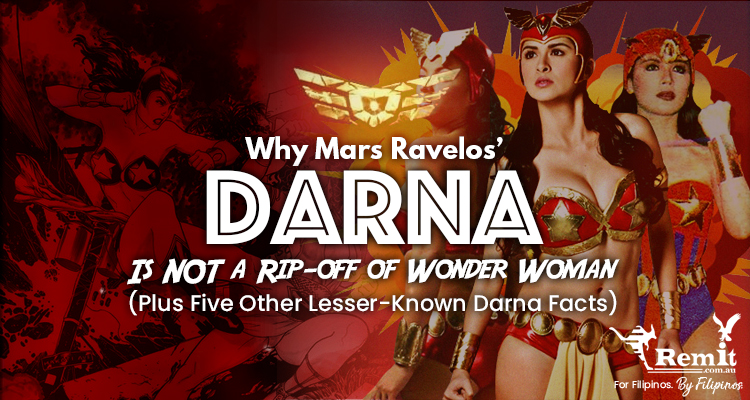 Q: What do Vilma Santos, Angel Locsin, Marian Rivera, and Dolphy (yes, Dolphy) all have in common?

A: They’ve all played Darna.

Long before movie studios discovered that comic book superhero anthologies were veritable cash cows, Filipino actresses aplenty already coveted the role of Mars Ravelo’s “Darna.” The Amazing Warrior Maiden (or “Ang Kamangha-Manghang Dilag,” to be exact) could bestow instant fame and success upon any thespian, among her many other powers.

Yet, while Mars Ravelo’s brainchild has been in the public consciousness for decades, we actually know very little about the legendary heroine. So, now that social media is abuzz with the latest actress cast in the title role, it’s the perfect time to brush up on the truth behind the one and only Darna:

Yep, Mars Ravelo’s heroine first appeared in Bulaklak Magazine back in 1947. “Varga” was a portmanteau for Vara, a violet ghost, and Olga, the human child it fused with upon a shout and a touch.

Unfortunately, Ravelo had a falling-out with Bulaklak’s editors and thus resigned. He then transferred to Pilipino Komiks, where he re-launched his superhero as “Darna.”

Speaking of “Varga,” Ravelo’s earliest drawings of the character emerged as early as 1939. William Moulton Marston’s Wonder Woman would not see print for another two years.

Also, contrary to popular belief, the warrior goddess wasn’t Ravelo’s inspiration for “Darna.” Nope, it was actually the Man of Steel. The artist initially came up with the concept for his heroine at the beginning of World War II, when Superman emerged as the symbol for “truth, justice, and the American Way.”

Darna, in Ravelo’s estimation, would symbolize just about the same for the Philippines.

Many people think Darna is a Wonder Woman rip-off because of the similarities in their costumes, but there are actually a lot of key differences. Chief among these is how Darna’s outfit pays homage to her Filipino roots.

For instance, the stars on her breastplate mimic those on our national flag. Her loincloth, on the other hand, is very similar to the ones worn by indigenous Filipinos. Lastly, the iconic White Stone of the Adranika is a nod to Philippine folklore’s traditional agimat. 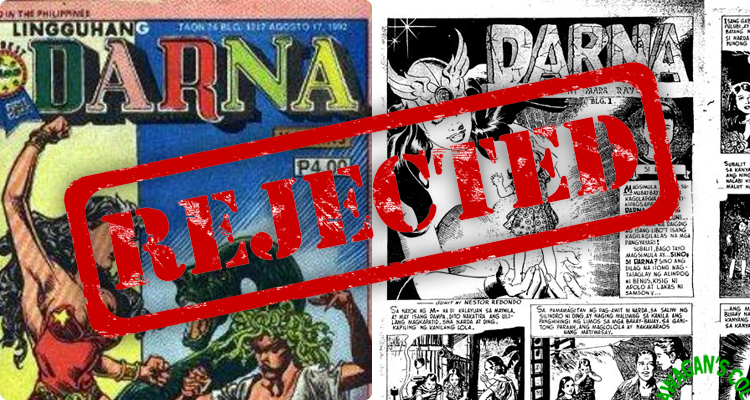 The end of the American occupation coincided with the Golden Age of Comics. The popularity of classic superheroes like Batman and Superman led to a clamor for the same in the Philippines.

Despite that, Ravelo met with constant rejection when he pitched his heroine. He approached several publishers as early as 1939, but none of them believed that a female superhero would be as well-received as her male counterpart.

Hence, thanks to sexism, the character languished for over eight years, up until Bulaklak magazine finally debuted Varga in 1947. 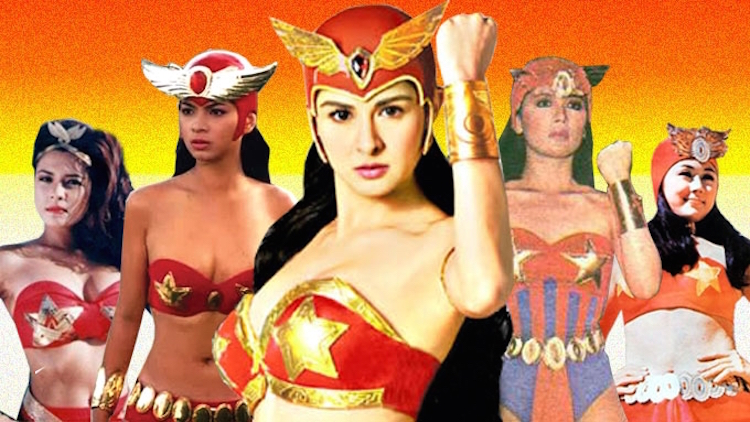 As though to prove all the sexist naysayers wrong, Darna would go on to enjoy great commercial success. Since 1951, over fourteen movies, three television shows, and two ballet productions have featured the character.

And get this, apart from the 14 actresses that portrayed the heroine, five men have also played Darna in various parodies. These include comedic greats like Chiquito and Dolphy. 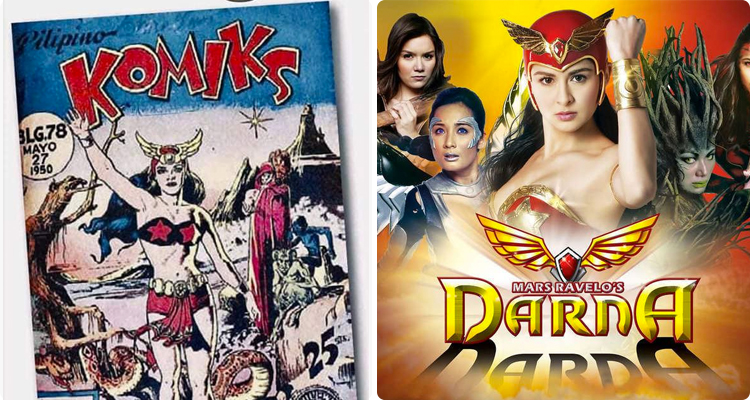 Darna’s canon powers are pretty well-known. There’s flight, super speed, superhuman strength, and the usual invulnerability. Plus, the ruby in her helmet can emit a powerful concussive blast, as well as augmenting her limited telepathic abilities.

TV screenwriters, however, gave her a significant handicap. While TV Darna enjoyed the same powers, falling in love would apparently strip her of them. Ouch.

Filipinos have always been ingenious. What sets Darna apart from other brilliant Pinoy inventions, however, is that she is a vibrant and evolving embodiment of the Filipino values of empathy and compassion.

Here’s hoping the latest adaptation does her justice.