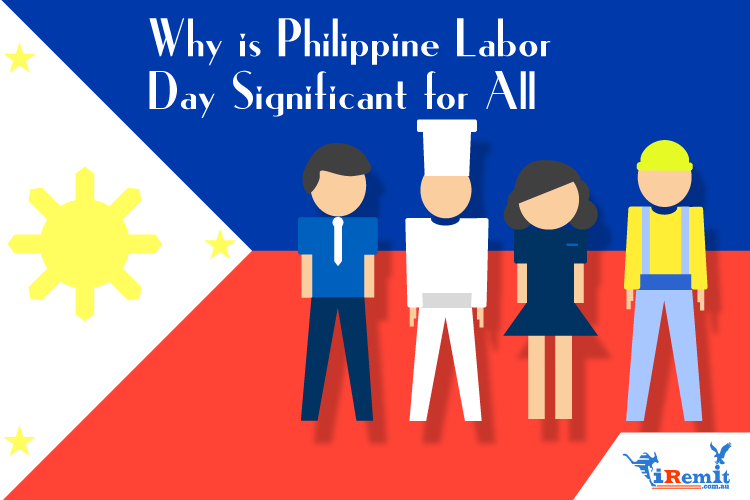 Why is Philippine Labor Day Significant for All?

Labor Day in the Philippines is usually marked by protests and rallies of different labor groups around the country.   The first Labor Day recorded was on May 1, 1913 unfortunately, more than a century had passed and yet Filipino workers here and abroad are still fighting for the same things – equal opportunities, fair treatment, and at least a decent compensation.   The Philippines is gaining a reputation as one of the fastest growing economies in Asia. It is also home to thousands of robust, skilled professionals who are proficient in the English language. International companies usually look for Filipino workers to hire abroad and lately, these companies are outsourcing to employ Filipino talents as well.   The job outlook seem more optimistic than ever before, however there are still many (stat) unemployed and underemployed workers. This, according to the government, is due to a skill mismatch. Many allow themselves in jobs where their skills and interests do not match because it is better than not having any job at all.   Those people who are employed in certain jobs, whether or not they are underemployed are still better off than most of other workers. Why? Around half of the 67.1 million workers are engaged in contractual work arrangement according to Department of Labor and Employment (DOLE). The law protects Filipino employees by mandating that every employee working in the same company for more than 6 months is entitled to regularization, receive minimum wage, entitled to get social security benefits like SSS, PhilHealth and Pag-ibig, they also qualify for non-cash perks and benefits, overtime and holiday pay.   Some companies found a loophole in the law. They hire workers only up to 5 months so that the employee never becomes a regular part of the company. Instead, they hire a new one for another five months. Imagine the situation of a breadwinner who is only employed for a short period of time and then is back to looking for a job. This End of Contract (ENDO) scheme is part of the platform for almost every Presidential candidate this 2016, hopefully, we will see an end for ENDO.   The saddest part for most workers is the amount of wages they receive. According to a report by The Standard, the labor group All Workers Unity believes that the government “deliberately and erroneously” reduced the extreme poverty threshold for food as merely P50 and P21 for non-food. In total, every individual only needs P71 to survive daily. P71 is not even enough round trip fare money back and forth Makati City especially for those coming from the outskirts of the city (also due to the bad traffic).   The InterAksyon article reports that the government asserts a P12,000 monthly living wage is enough. However, according to the Family Living Wages statistic at least P1,089 per day is the most conservative budget enough to provide a nutritious meal. Sadly, most workers only receive P9,500 per month.   These are the reasons why there is an exodus of skilled professionals to other countries despite numerous reports of abuse. All over the world developed countries are looking for young, talented workforce who can help the growth of their country for lesser pay than they would normally and lawfully need to give their own nationals. Even if inequality among different nationalities are so blatantly clear, Filipinos agree with this arrangement because at least they have a job and somehow the currency exchange rate makes up for it.   Fresh graduates and heads of families dream to work abroad for greener pastures, for a chance to make better their family’s lives even with the hardship that goes with it. OFWs are hailed as new heroes for being the biggest economic contributor in our own country, yet they are not given the protection they deserve.   Recently, some are opting to stay and work for the BPO industry where wages are above than normal pay. However, the BPO industry workers are raising some concerns as well.   If the government cannot provide enough jobs and cannot protect its own local workforce from big, important companies, how much more power they have to protect those off our shores?   More than a hundred years ago, Labor Day started in the Philippines as our forefathers fought American firms for better work hours (US was occupying the Philippines then). Labor Day in the US and in the Philippines may be muddled with violence and buried under different, unrelated activities due to it being a non-working holiday, but it was a glorious day for all workers. That day in history is fought for the dignity of work for all of us to enjoy even until now.   Labor Day is an important holiday for all of us in the workforce. Whether you chose to join the rallies, fly to a holiday destination or just stay home on this day, reflect on the significance of this day in your life. Without it, jobs will still dominate our everyday activities for 12 hours a day in exchange for very small amount – LaBoracay would not even be possible.   Let us continue to be vigilant to protect our own rights. Let us not forget what history made for us to enjoy today.