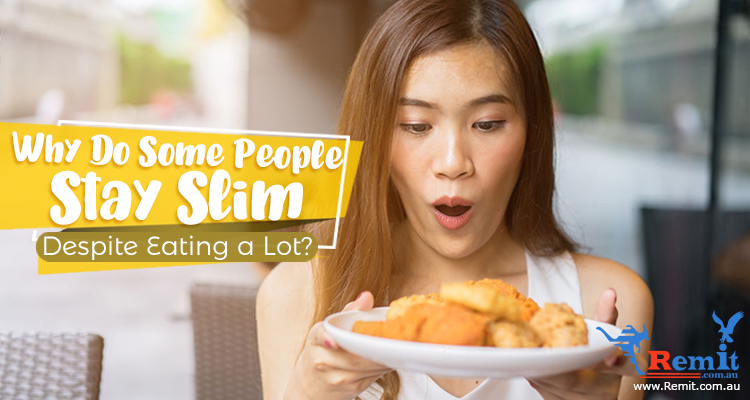 By Serena Estrella in Health and Fitness
June 24, 2019

Why Do Some People Stay Slim Despite Eating a Lot?

No, what we ladies really want is the ability to eat as much as we want without gaining weight, am I right? (Then again, a crispy, melty grilled cheese sandwich IS true love, so I guess they’re not entirely wrong.)

It’s a truth universally acknowledged that you’ve got to exercise and watch your diet to cultivate or maintain a healthy (i.e., svelte) figure. And boy, are we obsessed with the process. How else do we explain the proliferation of keto diets, caveman diets, and whatnot?

But hang on, why is it that some people don’t go on diets at all and yet still stay quite slim? Is it really all down to a fast metabolism, or are there other factors in play?

According to a recent SBS documentary, it’s the latter. The Truth About Slim People, which aired last year, tailed two, well, slim people, over the course of five days and discovered that they had the following habits in common: 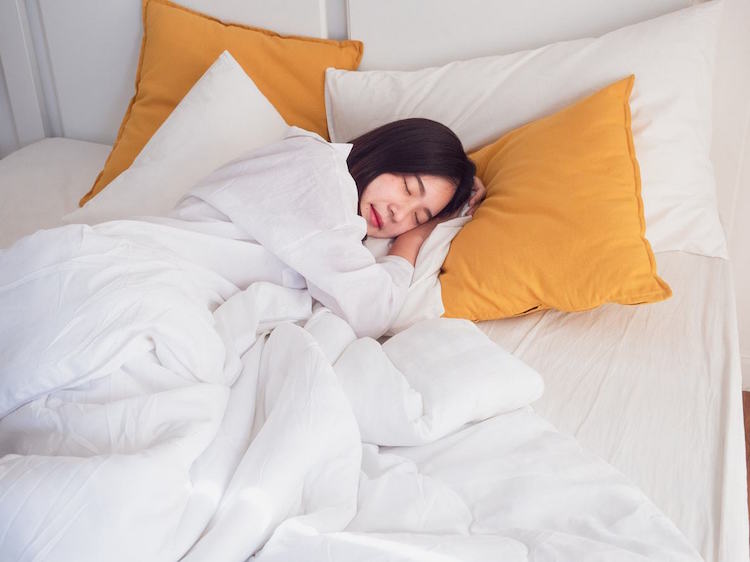 Habitually sleeping for less than six hours a night can make you overweight or obese. Experts believe that sleep deprivation makes your hormones go into overdrive, specifically leptin (produced by fat cells) and ghrelin (produced by the gut).

When this happens, you’ll experience an increase in hunger and appetite, which then leads to compulsive eating. 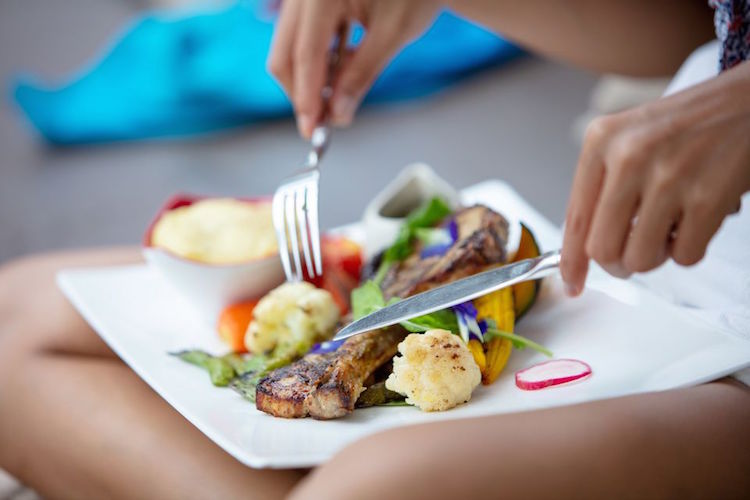 Being mindful of your food not only lets you savor its taste more, but also helps you consume less. It takes a bit of time for the brain to register that your stomach is full, so actually sitting down to a meal helps things along.

In addition, you may want to put your phone away at the dining table. This forces you to focus on your food and prevents mindless binging. There’s nothing wrong with the occasional tipple. (The key word here is OCCASIONAL.)

Alcoholic drinks contain sugars that take a while to break down. Beer, in particular, has quite a lot of yeast, which the body can’t exactly burn off as energy. Excessively partaking of such can lead to substantial weight gain over time, ergo beer bellies. Both subjects in the documentary did have a few nibbles between meals, but they usually had these shortly beforehand. They also refrained from doing so late at night, when the body’s metabolism supposedly slows down. The participants often ate large quantities of food, but these were mostly prepared at home and from scratch. They didn’t really have a lot of processed food, nor did they rely on take out a lot. Eating at regular times throughout the day and doing a fair bit of exercise certainly help, but consistency is key. The people in the documentary, for instance, made movement habitual and even self-regulated their consumption. If they had a lot of unhealthy food, they would unintentionally eat less the following day.

The human body is amazing and complex. It comes in so many shapes and sizes, each one with its own set of peculiarities. Thus, a healthy weight would look different on most people, and that’s okay.

Lastly, the real goal is not to be effortlessly slim and/or healthy, but to cultivate the right habits so well that the endeavor becomes automatic enough to appear as such.