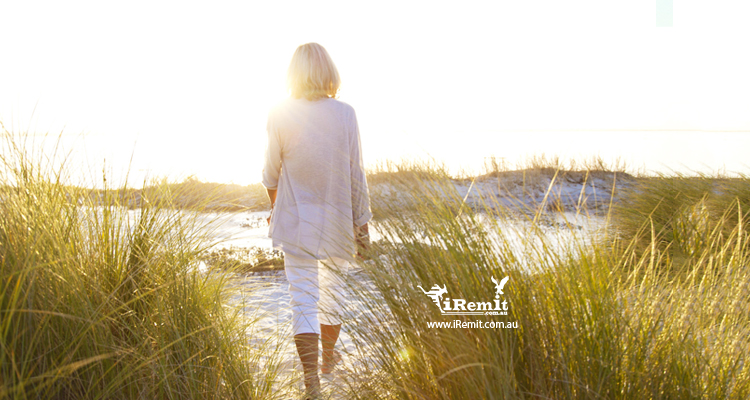 By Serena Estrella in Traveling to the Philippines
August 12, 2016

Why Aussies Should Retire in the Philippines

The Philippines is one heck of a best-kept secret as a holiday destination. Boracay, Puerto Galera, Panglao Island, and Palawan (where celebrities like Nicole Kidman are said to favor the island’s Amanpulo resort for the last word in luxury) are all buzzwords among local and international jetsetters alike.

If you’re an Aussie and you’ve already been to the Philippines, you can probably vouch for how amazing a vacation here can be. The locals are friendly, almost everyone speaks English, and the beauty of our beaches is beyond compare, no?

What you might not be too aware of is how the Philippines is also absolutely tops as a retirement destination. (Because who in their right mind would want to retire in a beach paradise, right?)

Seriously, though, there are plenty of reasons, both practical and sentimental, behind why an Aussie like you should seriously consider living out your golden years in the so-called Pearl of the Orient:

The Philippines is a tropical country, but Filipino summers are much more bearable than Australia’s because of our higher levels of humidity (where do you think that irresistible glow of ours come from?). The rainy season might take up half the year and it does bring with it a couple of typhoons, but there are still plenty of beautiful, sunny days between each one and the rains help make the weather a lot cooler.

If you’ve ever sent money to the Philippines through iRemit (ahem, ahem), you’ll know that your Aussie dollar is equivalent to around Php34 on average. That exchange rate already says loads about how far your retirement pension will get you here, but let’s look at the breakdown of monthly living expenses anyway.

Renting a place in Manila can cost you anywhere between Php10,000 (AUD280) for a decent studio-sized apartment and Php50,000 (AUD1,401) for a townhouse unit. Utility bills for water, electricity, cable, and Internet services amount to a minimum of Php7,000 (AUD196) monthly, perhaps even less if you do away with cable (That’s what Netflix is for, after all) and are frugal about your water and electricity usage.

Food, groceries, and bottled water are also quite cheap, with fresh fruits, vegetables, meat, and even seafood being sold in outdoor markets for inexpensive prices (just be sure to pick your produce carefully), so around Php25,000 (AUD700) a month is already a generous budget for about two or three people.

Transportation is also highly affordable, as you can use cabs, trains, jeepneys, or pedicabs if you don’t own a car.

If you’ve still got quite a bit (or a lot) leftover, you can even hire a maid and a cook since a starting salary of Php2,000 (AUD56) per month for each one isn’t unheard of, and they’ll do most of the chores around the house for you.

Now, do you see why lots of retired expats with a moderate pension can afford to live like kings here?

Speaking of expats, there are loads of them who chose to settle here, so you’re bound to meet people from all over the world during your retirement. There are places in Makati, for instance, where expats from France, South Korea, and yes, Australia, congregate, and most of them welcome newcomers with open arms.

Not only do these groups help recent expats find their feet in their first few months in the country, but they also end up becoming a comforting haven for the foreigner who gets homesick every so often.

Filipino hospitality is legendary. This is why our nurses, caretakers, and other service industry employees are very much in demand abroad. We simply excel at taking care of our customers and patients, and the locals are no different.

To top it off, you won’t really have to learn Tagalog or Bisaya to survive here (but it sure does help and either language is fairly easy to pick up) since just about everyone you’ll meet has a serviceable knowledge of the English language. Even the helpers here can understand basic orders and quite a handful of them are even conversant in the language if they’ve worked for expat employers in the past.

As if you needed further proof of the Philippine brand of hospitality, we even have a government agency dedicated to attracting foreign retirees. Being an expat here entitles you to several benefits, such as the usual discount for the 60+ years old crowd, permission to work or to start a business locally, exemption from airport travel taxes, and even the tax-free importing of up to AUD92,00 worth of household goods.

Also, once you’ve achieved permanent residency in the Philippines, you can not only stay in the country for as long as you like, but you can also come and go as you please without reapplying for such.

6. A wide selection of places to settle in.

Just like Australia is not just Sydney or Melbourne, the Philippines isn’t just Manila or Cebu either. Whether you prefer the capital’s fast-paced, cosmopolitan lifestyle or the latter’s more laid-back pace (or perhaps something in between), you should have no trouble finding a suitable address.

There’s Baguio City, which is a mountain-based retreat for expats who prefer cooler weather (and Tudor-style houses, apparently), Cagayan de Oro, the southern haven that has lured in a growing number of expatriates with its secure business climate and welcoming local populace, Aklan, which is home to 2012’s World’s Best Island (Boracay, duh), and so on.

7. An abundance of natural beauty.

From the breathtakingly pristine beaches of Bohol or Boracay to the verdantly lush mountains of the Cordillera Mountain Province, your eyes won’t lack for a visual feast here in the Philippines. And we haven’t even started talking about the unique, natural beauty of its inhabitants yet.

Retiring in a country that can be so different from your own sounds daunting, but choosing to do so could well be the start of a whole new adventure as well. Besides, “home” is a concept that has more to do with where you end up finding yourself, regardless of what country is listed down on your birth certificate, isn’t it?