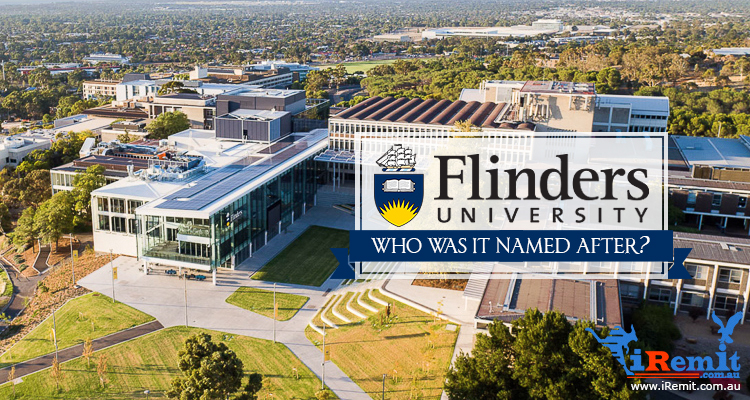 By Serena Estrella in Life in Australia
March 2, 2017

Who Was Flinders University Named After?

In a way, the best universities are like the students they nurture. For they too can grow in the most surprising ways.

Such is the case with Flinders University.

We’ve written about the University of Adelaide before and if you’ve read that article, you probably know by now that it’s one of the most sought-after universities in the world. So, it wasn’t such a surprise when its main campus at North Terrace was approaching capacity by the late 1950’s.

At that time, the population of South Australia was increasing rapidly, along with the clamor for higher education, so then-Premier Thomas Playford IV announced that 150 hectares of government-owned land in Bedford Park would be allocated to the University of Adelaide so that they could set up a second campus.

Capital works began on the plot of land in late 1963, thanks to a GBP 3.8 million grant from the Australian Universities Commission, but planning had begun about two years before. Peter Karmel, the economist and professor who was the designated principal of the new campus, felt that the fledgling school should operate independently so that it could innovate freely.

Karmel would get his wish in 1965, when the Australian Labor Party ended up winning that year’s State election and the new premier, Frank Walsh declared the Bedford Park campus as an independent institution. (The ALP wanted to loosen the University of Adelaide’s firm grip on tertiary education in South Australia, hence the declaration.)

The year after the momentous election, the state parliament passed a bill that officially created the Flinders University of South Australia. The Labor Party was behind naming it the “University of South Australia” (though an independent educational institution of the same name would emerge around three decades later), but the academic staff wanted to name the school after a distinguished yet uncontroversial person.

Captain Matthew Flinders was an English navigator who lead the first circumnavigation of Australia and identified it as a continent. Since he was a historical pioneer who represented breaking new ground, the new university’s academe thought him in line with the image they wanted the school to project so they named the university after him.

The university’s coat of arms even features the image of Flinders’ ship, Investigator, and his journal “A Voyage to Terra Australis,” where the page displayed is the one describing the coast next to the new campus site.

Flinders University was inaugurated by no less than Her Majesty, Queen Elizabeth, the Queen Mother, on 25 March 1966, but classes had begun weeks earlier with the university’s initial 400 students.

Today, this university is counted among the top 400 institutions in the Academic Ranking of World Universities. A total of 24,708 students are currently attending the school, and more than 4,000 of them are from outside of Australia.

Given Flinders University’s diverse population and their innovative cross-disciplinary approach to education, it’s probably safe to say that Captain Flinders would be extremely proud of the institution that bears his name.