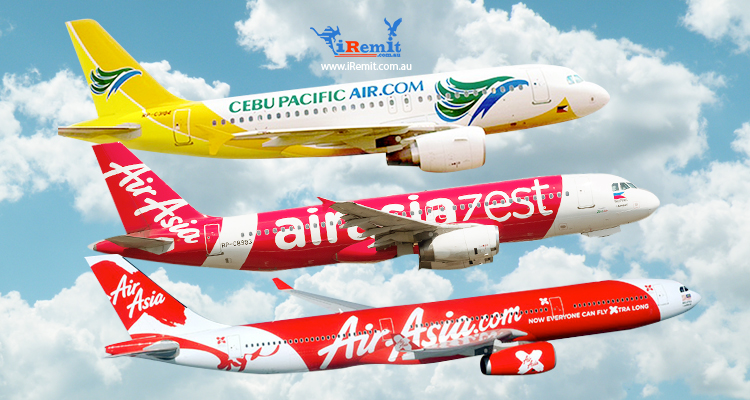 By Serena Estrella in Moving Down Under
September 15, 2016

Which Filipino Budget Airline Should You Fly With?

The credit (or the blame) for the unceasing wanderlust trend in our country should go to the budget airlines. Before they became mainstream, traveling was thought to be the preserve of the wealthy leisure classes. Nowadays, even someone earning minimum wage can go on a holiday to Boracay or even to Singapore. I suppose when you get rid of frills like packaged meals, individual movie screens, or generous baggage allowances, you can pass on a lot of savings to your customers.

Filipino locals aren’t the only ones who can benefit from low-cost carriers. If you happen to be an Aussie on holiday here, you can jet off to beautiful locations like Bohol or Palawan should you grow bored of the nation’s capital city.

Intrigued yet? Let’s have a look at three of the Philippines’ most popular budget airlines to help you plan your next tropical vacation (For consistency purposes, Manila-Boracay return flights will be the basis of cost and schedule comparisons):

Based at the Ninoy Aquino International Airport in Manila, AirAsia Philippines is an affiliate of the original AirAsia company based in Malaysia. It initially started as a joint venture between three Filipino investors (Antonio O. Cojuangco, Jr., Michael L. Romero, and Marianne Hontiveros) and AirAsia International Ltd. Its aircraft fleet is composed mainly of 13 Airbus A320-200, all burnished with the distinct red and white AirAsia livery.

Cost: For a return flight from Manila to Boracay, the cheapest AirAsia Philippines ticket is Php2,577.08, not including a Php522 value pack charge for perks like a 20 kg baggage allowance, an inflight meal, and a standard seat selection. 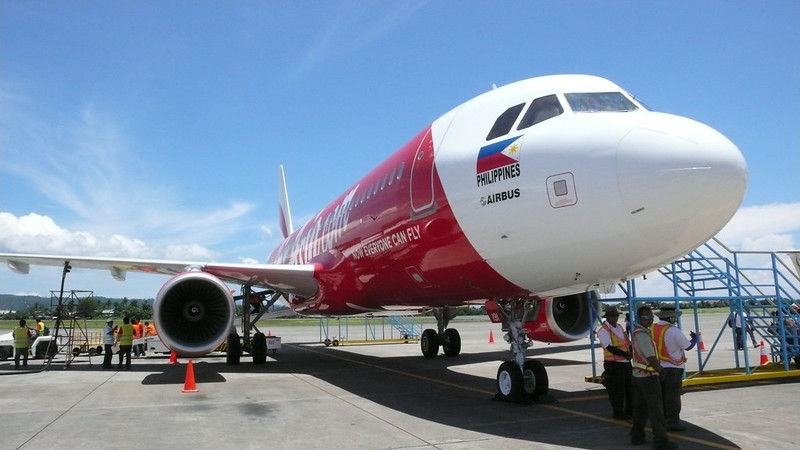 Safety Record: Though there was a highly-publicized incident of one of its passenger planes overshooting the Kalibo runway, AirAsia Philippines is one of the safest budget airlines out there, garnering six out of seven stars on its safety rating.

Customer Feedback: Much of the feedback for AirAsia flights have been mostly positive, with their online booking facility lauded for making connecting flights a breeze to reserve (although personally, I’ve had experiences where the website would inexplicably crash). The flights have mostly been on time, and the company’s implementation of web check-in procedures have diminished the need for lining up at the airport. Air Asia Philippines’ flight attendants are also known to be courteous and friendly, and their distinguished red uniforms have been noted to be the among the most stylish in the industry.

Though it has merged with AirAsia Philippines, this budget airline entered the industry originally as Asian Spirit back in 1995. It was sold to Alfredo Yao’s holdings company in 2008 and was subsequently rebranded as Zest Airways, a nod to the Zest-O Corporation (Yao’s flagship company).

Five years later, however, the Civil Aviation Authority of the Philippines (CAAP) suspended Zest Airways due to safety issues. Less than a year after the suspension, Zest Air made a strategic alliance with AirAsia Philippines and AirAsia Zest began operations as an independent entity. 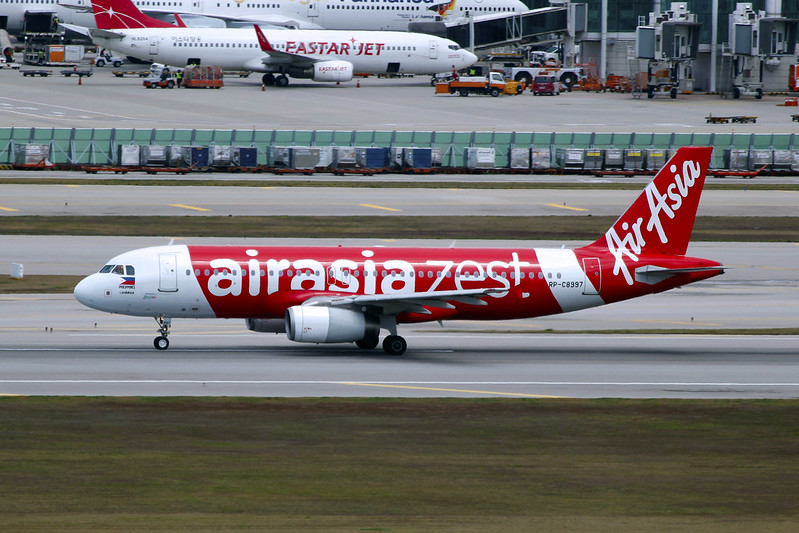 Cost/Schedule Flexibility/Itineraries Offered: AirAsia Philippines is now the parent company of AirAsia Zest, so their ticket prices, schedules, and destinations are pretty much identical.

Safety Record: This is where things get a bit hairy. The main reason for Zest Airways’ merger with AirAsia Philippines presumably had to do with its rather dismal safety record, which was about two or three stars out of seven. When it was still known as Asian Spirit, there were several incidents of company planes malfunctioning, and one of them resulted in a plane crash that killed all passengers and crew on the flight.

Customer Feedback: Most of the passengers who flew with this airline were mostly after the cheap plane tickets, but once other competitors entered the low-cost carrier industry, they were relieved to be presented with options that were both safe and cheap. (For a time, it was being said that flying with Asian Spirit meant “flying Asian and landing in spirit.”)

After the merger with AirAsia, feedback of this sort has noticeably diminished.

Cebu Pacific is perhaps the first airline that comes to mind when the budget air travel industry is discussed, primarily because of its “piso-fare” claim to fame. Though it was established back in 1988, it only became popular sometime during the early 2000’s, when it was granted the rights to operate international flights within Asia.

Cost: As of this writing, the cheapest roundtrip ticket from Manila to Boracay is around Php3,224.44, although that price tag goes up to Php4,344.44 if you want baggage allowance and/or inflight meals. 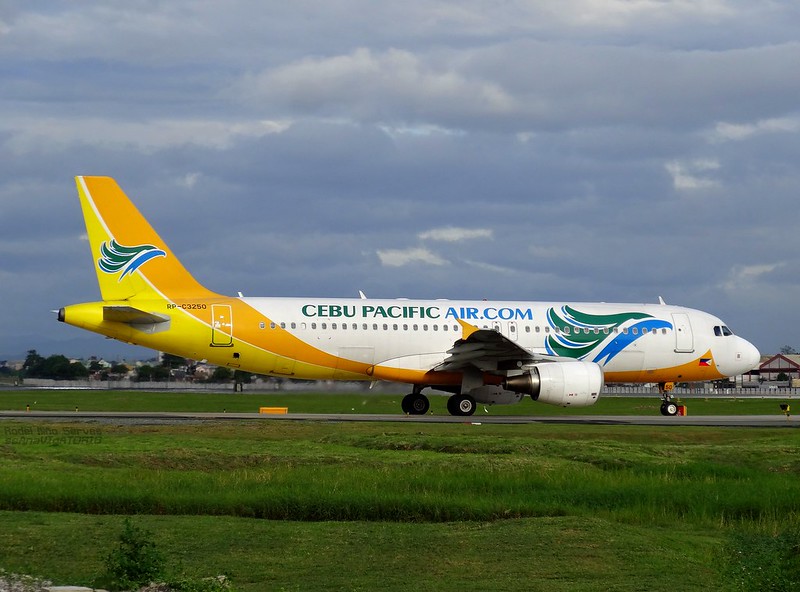 If you’re lucky enough to chance upon their piso fare promo period, you can avail of round trip domestic tickets for as low as Php300.

Safety Record: There have been two major accidents affecting Cebu Pacific’s planes in the past: one in 1998 where all 104 people on board were killed on the way to Cagayan de Oro and another in 2013 where a Manila-bound plane ran off the runway due to human error.

Customer Feedback: Despite the accidents mentioned in the previous paragraph, Cebu Pacific is a fairly safe airline. However, it doesn’t fare so well when it comes to customer reviews. A quick Google search of the words “Cebu Pacific horror story” reveals a litany of flight delays, cancellations, and horrible customer service.

While neither of these budget airlines are perfect (then again, it’s hard to think of any airline that is), we can certainly thank them for one thing: providing the Filipino everyman or woman (and the occasional expat or tourist) with the means to explore the delights in each of the country’s 7,107 islands.