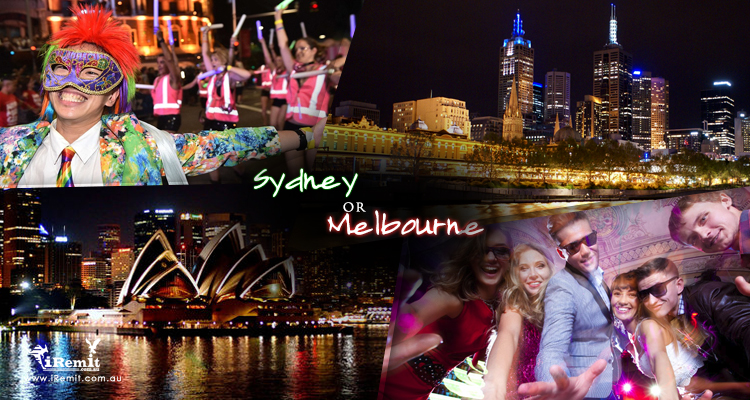 Which City Suits You Best: Sydney Or Melbourne?

The Commonwealth of Australia consists of the mainland and numerous smaller islands. In 2012, the International Monetary Fund ranked Australia as the 5th country with the highest per capita income across the globe. This developed country’s most populated cities are Sydney and Melbourne.

Whether you are an aspiring Filipino immigrant or a zealous Filipino tourist, choose to go to the city that suits your preference and personality the best. Weigh your options by considering these differences:

When it comes to living arrangements, it will cost you more to reside in Sydney than in Melbourne. According to Numbeo, maintaining a standard of living worth AU$6,000.00 in Melbourne equates to AU$7,323.96 in Sydney.

Numbeo is a website that keeps the “world’s largest database of user contributed information” about people’s living conditions. It was mentioned in internationally acclaimed publications such as Forbes, BBC, New York Times, and The Economist. So if you are interested in comparing the cost living index of two places, Numbeo is perfectly qualified for the task!

Numbeo highlights that the consumer costs in Sydney are 9.24% higher than in Melbourne. For instance, a pair of Levi’s jeans retails for AU$103.71 in Sydney while it only costs AU$94.07 in Melbourne.

Aside from consumer costs, rent Sydney is 47.62% higher than in Melbourne. For instance, a 1 bedroom apartment in the city center costs about AU1,638.68 in Melbourne while is AU2,472.84 in Sydney. This cost is paid on a monthly basis.

Culture and the Arts

Whenever I am traveling to a new place, I make sure to read about its cultural and artistic offerings.

Richness in these offerings can signify the essence of a place’s lifestyle. For instance, Sydney’s creative essence centers on the Sydney Opera House, Sydney Film Festival, and Art Gallery of New South Wales.

But between Sydney and Melbourne, the latter triumphs with a reputation as Australia’s cultural capital. Simply walk around the streets of Melbourne and you will see its residents that are decked out in trendy or hippie clothes.

Aside from fashion, arts and music are generally engraved in the daily lives of Melburnians. Its grand National Gallery Victoria is the gem that holds both international and local artworks in Australia. While its music scene boasts with internationally renowned artists and groups such as Gotye, The Living End, Hunters & Collectors, Nick Cave, Cut Copy, and Skyhooks.

You see, Melbourne is a relatively “flat” city with limited lookouts or viewing points (apart from Mount Dandenong). This brings up a negative flag for people who love the great outdoors.

In terms of nature, Sydney stands out in two main areas such as its bushlands and its beaches. There are numerous captivating areas both in and around the city that provides luscious greenery to nature junkies. When it comes to describing its Bondi Beach, amazing is an understatement.

Sydneysiders greatly enjoy the “glitzy side of things” as some of the city’s largest nightclubs feature big-name DJs and international talents. In contrast, Melbourne’s nightlife seems more intimate as its overall tone is generally more mature and subdued.

When comparing Sydney to Melbourne, you will realize that there are major differences in four areas namely: cost of living, culture and the arts, nature, and nightlife.

For the kuripot (frugal) Pinoys, Melbourne is a more ideal place to live in as its consumer prices are lower than Sydney’s.

For the artsy Pinoys, you will greatly enjoy your time at Australia’s cultural melting pot – Melbourne.

For the nature-loving Pinoys, indulge on the glorious resources of Sydney.

And for the Pinoy party animals, feel free to visit both cities!