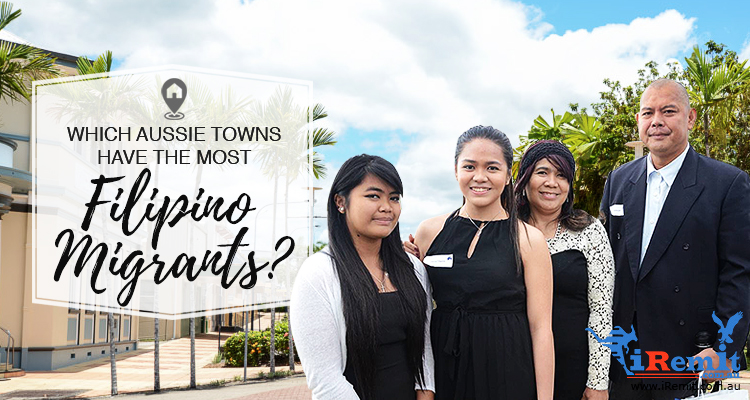 By Serena Estrella in Filipinos in Australia
March 13, 2017

Which Aussie Towns Have the Most Filipino Migrants?

Multiculturalism is widespread in Australia, but that’s hardly surprising considering how the country is teeming with migrants from all over the world. We Filipinos are among the fastest-growing group of migrants here in Australia, and that trend will probably continue given how unstable the political and economic situation is in the US.

Thinking of migrating to Oz, but anxious about finding a community to belong to? Well, check out the list below to find which Aussie towns have a sizeable Pinoy population that can make you feel like you didn’t really leave home:

During the last census, New South Wales had the highest number of Philippine-born migrants, with a total of 70,388 of them responding to the population survey.  In all of New South Wales (and Australia), Blacktown has the biggest and most dynamic Filipino community, with about 2,450 of them at the last count.

This suburb is home to a concentrated portion of Sydney’s Filipino migrant population, with 24% of its population qualifying as such. Other Sydney suburbs with significant numbers include Plumpton (19% Filipino) and Rooty Hill (18%).

Majority of Sydney’s Filipino migrant population are also based in the suburbs between Penrith and Blacktown.

Melbourne’s Filipino population isn’t nearly as big as Sydney’s, but its numbers are no less significant. The newly-developed suburb of Derrimut had the highest population of Filipino migrants at the last census, with 9% of them identifying as Philippine-born or of Filipino origin.

Burnside and and Burnside Heights tie for the second most-populated spot in this part of the country, with 7% of each suburb’s population hailing from the Philippines.

Ipswich’s eastern suburbs are a haven for many Southeast Asian migrants, with Springfield Lakes (14%) and Redbank Plains (9%) ranking the highest in terms of the concentration of Filipino migrants living within them.

The highest concentration of Filipino-born migrants are based in Stirling (9%), but the towns of Swan, Joondalup, and Wanneroo trail it with 8%, 7%, and 7% of their respective populations hailing from the Philippines.

Given how the Filipino population keeps growing and how our migrants keep establishing little communities abroad, it’s clear that there is definitely a market for Filipino entrepreneurs, be it in the motherland or elsewhere beyond.