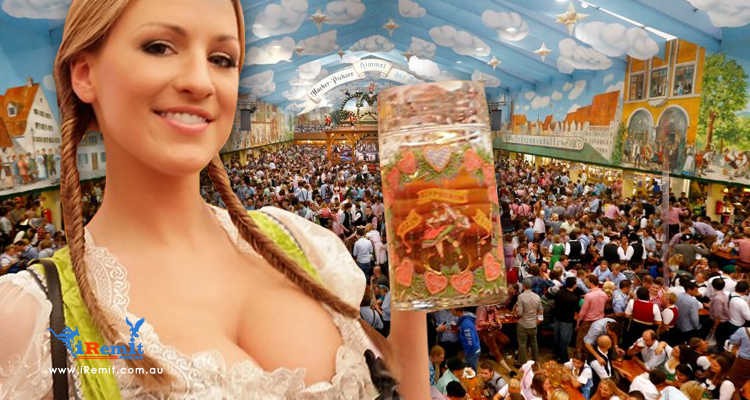 By Anna Agoncillo in Life in Australia
October 18, 2016

What to Expect at Australia’s Largest Oktoberfest

One of the most awaited months of the year is October! Not only because it kickstarts the Yuletide shopping season but also because it marks the exciting Oktoberfest celebrations.

Participating in the traditional Oktoberfest entails a two-week long celebration held at Munich. Munich is the capital of the German state of Bavaria. In Germany, the annual celebration starts from late September and ends in early October. The popularity of Oktoberfest has inspired the emergence of similar events all over the world. Most of these said events were founded by German immigrants or descendants.  I have to admit, it was thoughtful of them to impart this tradition to others.

It comes as no surprise that this energizing event won the hearts of many beer-loving Aussies. It was previously celebrated at various universities until it was banned after the 2012 Oktoberfest Party. You see, students gathered to savor a new chapter in their lives after graduating. The celebrations eventually rolled over to the nearby restaurants and pubs. Following the end of these university-based events, Oktoberfest in the Gardens was launched.

“Oktoberfest in the Gardens” cements itself as Australia’s best and largest Oktoberfest due to the back-to-back celebrations at four fantastic places. People of Perth, Melbourne, Sydney, and Adelaide will flock together to indulge in a wide variety of imported German beverages. Enjoy the chugs of beers, wines, ciders, and more!

Bavarians initially touched our lives with their delicious chocolates and now they are inspiring our festivities. Oktoberfest in the Gardens replicates the authenticity of the Bavarian festival by featuring two huge beer halls and several food stalls. The waves of entertainment does not stop there! Roving performers, silent disco, sideshow alley, and a unique mix of competitions will commence throughout the afternoon and evening. Let us look into each one of these categories.

This event features a talented pool of people from magicians to musicians as well as from mimes to clowns. The myriad of performers will roam around the grounds to keep guests delighted throughout the day!

Silent disco or silent rave does not pertain to an event where everybody dances to imaginary music. Instead, partygoers are given wireless headphones that transmit the cool beats from the event’s thirty featured DJs. Secure your spot because this entertainment offering has a capacity of 500 people.

When you are in the pristine island of Boracay, go to the ADHD Silent Club to experience the same rave!

You will be glad to kill some hours by visiting the sideshow alley. It features some bumper cars, target practice, and a nerve wrenching ride! Oktoberfest in the Gardens has something for everyone, especially for the young at heart.

Oktoberfest will not be complete without the traditional on-stage games or competitions such as bratwurst eating contest and Mr. & Ms. Oktoberfest. Be sure to dress up and get involved as it is always the highlight of the day. Furthermore, prizes will be given to some of the winners.

What are you waiting for? Grab the chance to experience this outrageous Aussie event!

Tantalize your tastebuds with the wonders of European alcoholic and non-alcoholic beverages. Tickets are available at oktoberfestinthegardens.com.au. As a pleasing gift, your ticket to the event includes “a commemorative event stein (550ml) and can of German beer (or nonalcoholic alternative)” on admission.

The dates and venues are as follows: