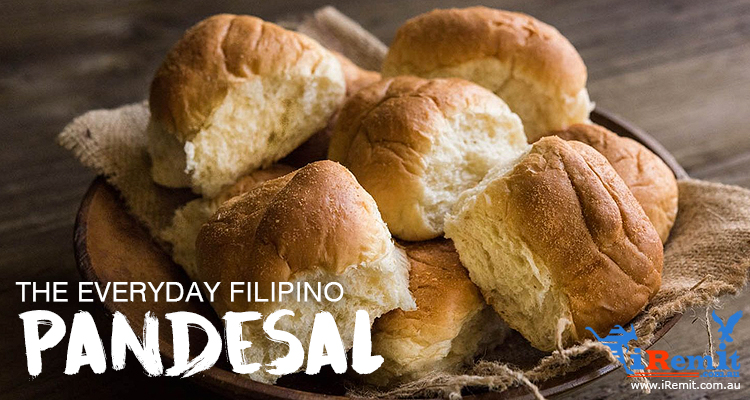 What on Earth Is a Filipino Pandesal?

Whether you live in three-story mansion or in the busy sidewalks, Pandesal (or Pan De Sal) goes beyond the caste system as it is consumed daily by the wealthy and the impoverished. It is undoubtedly the in-demand bread in the Philippines!

If you want to educate your Aussie partner or friends about the goodness of Pandesal, how will you exactly explain it?

Start by saying that it is soft and chewy in the inside yet slightly crunchy on the outside. If he or she is familiar with Mexican cuisine then, you can compare it to the Mexican bolillo. Its name was derived from the Spanish words for salt and bread. Contrary to this, the bread is relatively sweet. This is why it is one of my favorite breakfast staples of all time!

When I was a child, we purchased our brown bags of Pandesal from an old man who had a box of bread on the back of his bicycle. He used to scream on the top of his lungs to signify that a warm set of bread is in store for the whole subdivision.

Aside from this, we buy freshly baked Pandesal from the small bakeries in front of our subdivision gate. Pandesal is something that you can have anywhere and anytime in the Philippines. It is so accessible because citizens are meant to consume it everyday.

Whether you want to admit it or not, most (of us) Filipinos cannot end the day without eating Pandesal. A seemingly hard bread can be matched with hot coffee in the morning. While, a cold bread can be eaten as a snack (or merienda) in the middle of the day. You can put so many spreads in it too.

I personally prefer the good ol’ butter and sugar or the finger licking peanut butter spread. A unique spin to this staple is putting ice cream inside it. I do this frequently during birthday celebrations.

If there is such a thing as “national bread”, Pandesal will trump its counterparts due to its pervasive appearance in the Philippine culture. With this bread comes a national history lesson. Its origin goes way back when the Portuguese introduced wheat to our motherland in the 1500s. Majority of the Filipino historians agree that the earliest versions of the wheat-based bread were made then.

In 1900s, the modern Pandesal (our version today) along with other wheat-based food gained popularity because the price of American wheat was cheaper than rice. It was referred to as the “poor man’s bread” during the wartime.

Nowadays, Pandesal comes in different shapes and flavors. You can get Cheese, Raisin, and even Malunggay Pandesal. I am deeply in love with the special flavor and healthy taste of the last one but, the plain Pandesal still holds a place in my heart. I bet it does the same with yours too!

I believe that the Pandesal’s lasting appeal has to do with its ability to bring us back into our childhood, the same way that Marmite on toast does among Aussies. Because you may feel homesick from time to time, there is nothing like baking your own Pandesal.