By Samantha Baluyot in Traveling to the Philippines
January 9, 2019

What I’ve Learned During the Feast of Sto. Niño de Ternate 2019

Last Sunday, I witnessed the extravagant and joyous Feast of Sto. Niño de Ternate. It was actually an unplanned trip, I was supposed to go home to Manila two days before the feast. But unplanned trips are the best so who am I to say no to this rare opportunity?

Honestly, I don’t have any idea about the said feast, all I know is that we’re there to eat and watch band parades. But as we arrived in Ternate, I was surprised by the numerous people in the streets. It was indeed a huge celebration, we saw relatives reuniting with each other for some long years, children mesmerized by the balloons and toys on the street and friends enjoying the company of each other.

A day in Ternate really taught me a lot of things about family, culture, and faith. And to sum it all up. Here are the things that I’ve learned during the feast of Sto. Niño de Ternate:

The Aglipayan and Romano Churches 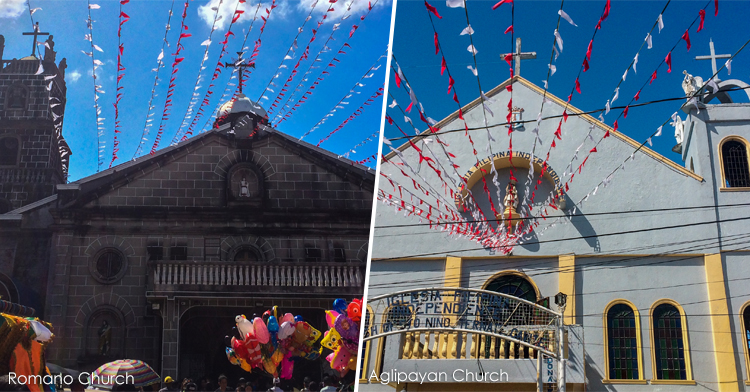 Would you believe that there are two churches that are almost facing each other? The Aglipayan and Romano Churches celebrates the feast of Sto. Niño de Ternate on the same day. Even though these churches are different from each other, they both give thanks and praise their patron saint with all effort that it unites the whole community.

We may think that religion divides us from each other but what I’ve seen in Ternate was different because their faith kept all the locals united and harmonious regardless of their differences. 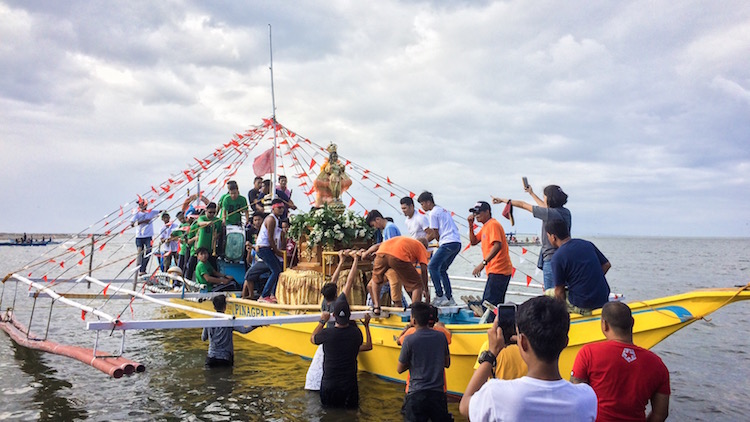 Karakol is a devotional dancing procession in honor of a patron saint done either in land or at sea accompanied by joyful music in the waltz rhythm played by a brass band. The Fluvial Karakol is a way for fishermen to give thanks for the blessings that they’ve received throughout the year.

It was my second time to join a Fluvial Karakol and it didn’t fail to amaze me. Seeing the locals smile, sing and dance while Sto. Niño de Ternate was being danced on their boat gave me chills. Their faith was so unmeasurable and pure that it made the scene so fascinating. 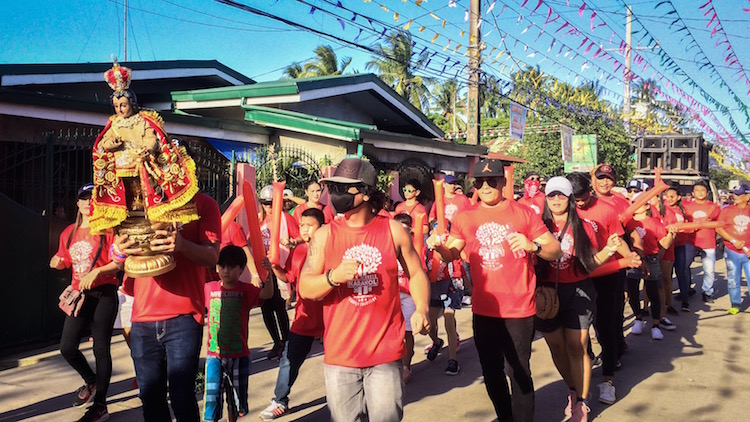 The Karakol was continued by land. People were still dancing and shouting, “Viva Sto. Niño!” and as we approach the church, more and more people joined the Karakol.

Almost every barangay has their representative to dance. If I’m not mistaken, almost 300 people danced on the street to honor Sto. Niño de Ternate.

Children, teens, adult, and even elders danced gracefully and proudly to show their strong faith to Sto. Niño de Ternate. And may I mind you, it was 3 o’clock in the afternoon when the locals danced. Imagine the heat of the sun at that moment and never have I seen a single person who complained about it.

And as I watch, I heard a child asked his father, “why are they dancing?”. His father told him that it’s their way to give thanks to God and to Sto. Niño, it is also the local’s way to pray so They’ll continue to give them blessings. The father also said that someday when his child grows up, they will also dance just like the other locals in the street so that Sto. Niño will bless their family. And that conversation really melted my heart. 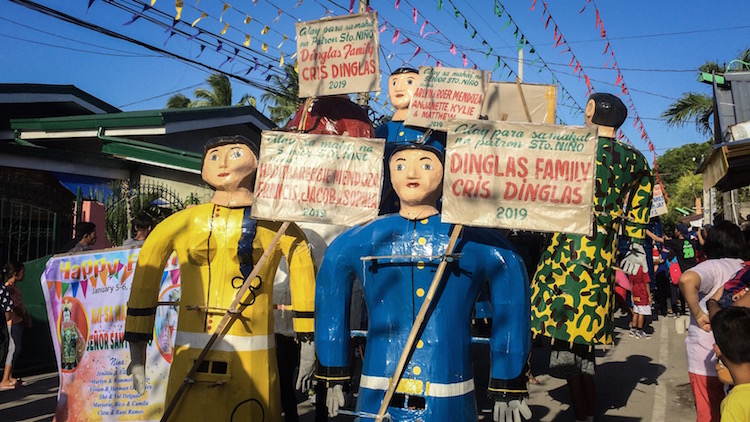 I was still a young girl when I last saw a Gigante in a festival that’s why I’m a bit nostalgic when I saw one in Ternate. These Gigantes were made by families to show gratitude and honor to their patron saint. After the parade, these Gigantes were used in the Palma (fireworks display), the last event for the day.

Can you imagine? These activities happened in just one day. I haven’t even mentioned the Prusisyon that was held after the Karakol. It was a tiring yet meaningful day for me and for everyone who participated in the feast.

This feast showed me pure faith, generosity, hospitality, and commitment. It was really a privilege to participate and experience this feast. It didn’t just made my stomach full, it also filled my heart with joy and made my faith stronger than ever.

I would like to take this opportunity to thank the De Vera family for accommodating and welcoming us in their lovely home and also to Ruiz family, thank you for inviting me to witness this one of a kind feast.