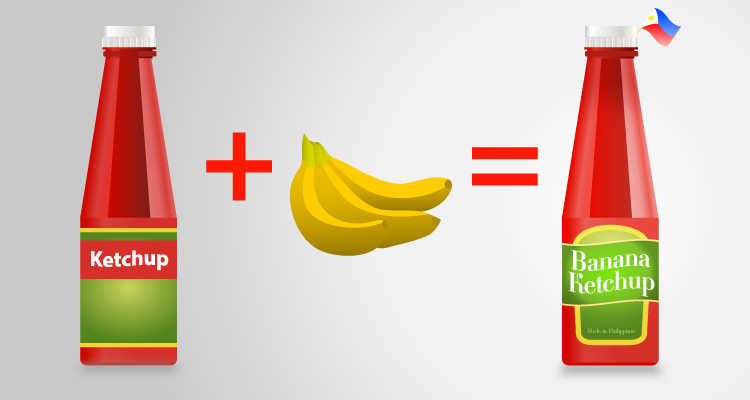 What Exactly is Banana Ketchup?

Ah, ketchup (tomato sauce for Aussie but let’s stick to Ketchup. It’s simpler and sounds better.). Who doesn’t like dousing their fries, burgers, meat, fish , spam (spam!!!!) or hotdogs in this tangy red condiment?   For many people, Aussies included, there’s not much mystery in a typical bottle of good old tomato ketchup. The natural tanginess of the vegetable (or fruit, if you ask my 5 year old son) gives it that mouth-puckering edge, while a fully-ripened tomato’s natural color provides the sauce with its vibrant crimson hue.   So, when it comes to ketchup, it’s all about the tomatoes, right?   Well, not exactly. Filipinos, for instance, have their own version of this beloved condiment and it’s made using a type of produce that is the farthest thing from tomatoes: bananas.   Confused yet? How can bananas be used to make ketchup anyway? And why on Earth is banana ketchup so red when the fruit itself is yellow? To better understand the concept of banana ketchup and why it’s gaining a cult following even among non-Filipinos, we need to take a look at its origins.   As with many things in Filipino culture, ketchup first came to the archipelago by way of the Americans. Since the local cuisine was rather unfamiliar and perhaps even unpalatable to them, succeeding American troops made it a point to bring along rations.   Among all the canned and bottled goods that they brought with them, ketchup was one thing that became a hit with the Filipinos who got a taste of it. (Spam is also one of the Filipino pantry mainstays that date back to this period, but that story is for another time and another article.)

The sour-salty taste of tomato ketchup so enamored many local taste buds that enterprising Filipinos tried to replicate the stuff at home.   However, World War II caused the relatively meager tomato supply in the country to drop, forcing local ketchup aficionados to scrounge around for an alternative.   Thus, someone experimented with a blend of mashed-up bananas or plantain tostones, sugar, vinegar, salt, pepper, and a few other spices. The resulting condiment had a rather unappetizing brownish-yellow color, presumably because the banana slices oxidized and got discolored in the process, so red food coloring was added to make this new type of ketchup look similar to its predecessor. 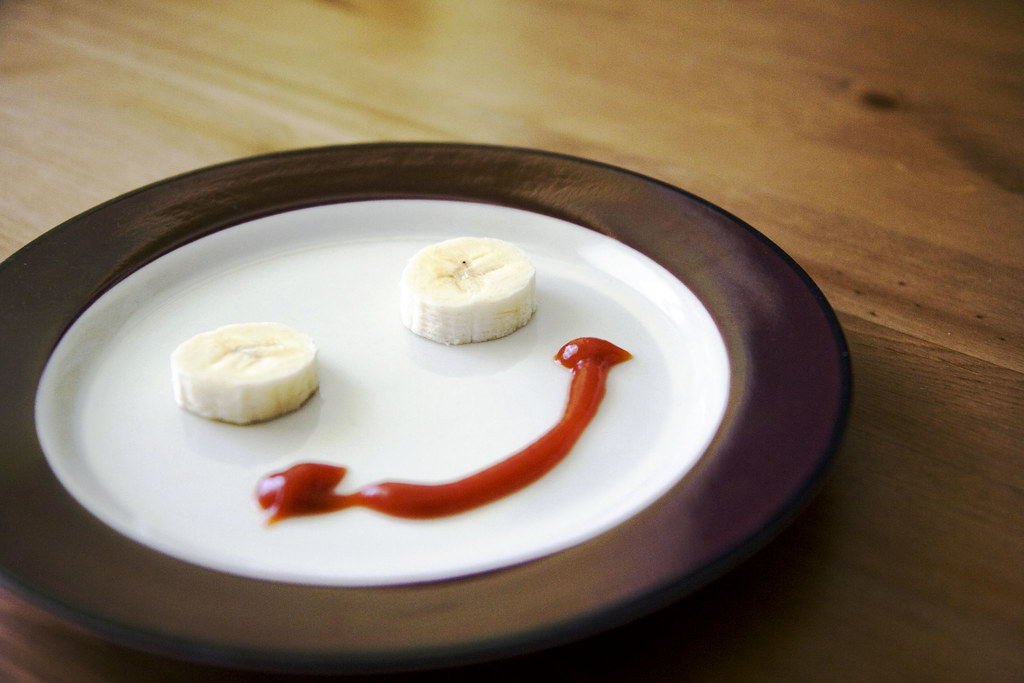 From the start, banana ketchup was a hit. Not only was it relatively easy to make, but the addition of banana slices gave the sauce a sweeter taste, something that all Filipinos with a sweet tooth enjoy ketchup all the more. And unlike the Americans who mostly put ketchup on burgers and fries, Filipinos came to smother just about everything from hot dogs to tortang talong or eggplant omelet in banana ketchup.   Fast forward to the present day where bottles of Jufran (the leading brand of banana ketchup in the Philippines) are exported to countries like the US, Canada, and even Australia or just about any country with a sizeable Filipino population. Each morning, Filipinos from around the world can sit down to a breakfast of garlic rice, hot dogs, and eggs, over which a good portion of a bottle of banana ketchup is poured over.   And with Filipino cuisine on the rise, many hipsters consider banana ketchup to be the next Sriracha. In New York, for example, a cutting-edge Filipino restaurant called Maharlika regularly incorporates banana ketchup into the marinades and sauces for dishes like barbecued ribs.

Its sister restaurant, Jeepney, even makes a homemade spicier version of the condiment that uses a bit of tomato paste instead of red food coloring, and it continues to be a hit among Filipinos and non-Filipinos alike.   So, what makes the appeal of banana ketchup endure for so long? Is it the taste? Perhaps, especially since its tangy-sweet-somewhat spicy blend goes so well with fried foods like chicken wings and fries, both of which happen to be universal favorites all over the world. Adding a scant cupful of banana ketchup to marinades for roasts and ribs is also known to endow the end product with a smoother and more complex flavor.   Personally, though, I think that banana ketchup’s appeal has to do with its ability to stir up warm childhood memories, in much the same way that Marmite on toast does among Aussies.   Because when you’re thousands of miles away from home and feeling a little sad, there’s nothing like opening a bottle of banana ketchup and pouring some over your breakfast of bacon, garlic rice, and eggs. Its unique, sweet-spicy tanginess will surely take you back to breakfasts with your much-missed family back in the Philippine Motherland, and make you just a little bit less homesick.