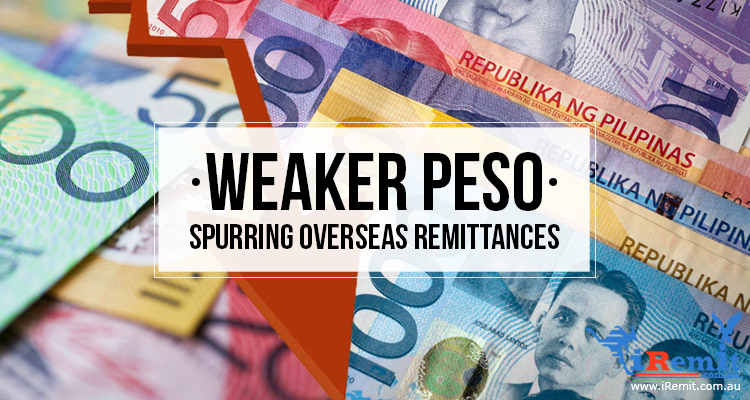 In many ways, 2018 feels like 2008 all over again. People still wear leggings as jeans, Kanye West and his shutter shades are somehow still relevant, and the Philippine peso has just plunged to an 11-year low.

As of this writing, the PHP-USD rate is at about 52:1, with other currencies naturally following suit. Generally, a weaker local currency is not exactly a cause for celebration, but there is one bright spot in all of this, and it’s that the remittances from ten million overseas Filipino workers will translate into more cash for their beneficiaries.

So far this year, the peso has been considered the worst performer among Asia’s major currencies, reportedly due to the fuel imports and the account deficit brought on by the current government’s aggressive infrastructure-building campaign. (Or, you know, the usual manipulation strategies being carried out by the powers-that-be.)

A combination of factors like a big population, a high proficiency in the English language, and the lack of satisfactory employment opportunities at home has led to many Filipinos seeking greener pastures abroad, resulting in their families relying on their remittances. Hence, the World Bank has tagged the Philippines as the third largest remittance recipient in the world, just behind China and India.

Last year, remittances from overseas Filipino workers reached a record-high, and the Central Bank is expecting that figure to rise by 3.6 percent to total USD2.91 billion by the end of 2018. With the Philippine peso weakening, that may come to pass sooner than expected.

Higher inflation in the country has put a damper on things, however. Along with the depreciating peso, higher oil prices, increased levies, and new tax rates for certain commodities has put pressure on the average person’s living expenses.

“Yes, the exchange rate is higher when you convert into pesos, but the money will also buy you less goods,” said Marlyn de la Cruz, a domestic helper in Hong Kong. “The weaker peso only helps to a certain extent.”

Still, our OFW’s will continue sending money anyway, and with so many devastating news the world over, knowing that your AU dollars will be worth more in our local currency for the foreseeable future is certainly a source of comfort……..not to mention one other reason to look forward to the iRemit phoenix rising from the ashes on the 29th.