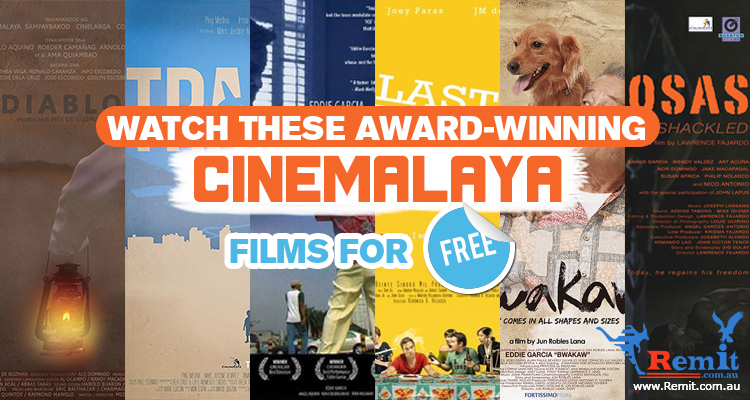 If you’re a fan of indie films, consider yourself as a lucky fellow. Why? Well, let’s just say that you can watch award-winning Cinemalaya films at CCP Arthouse Cinema for free.

Yes, you read it right. For FREE! But screenings are on a first come, first served basis and every film has their own schedule. So better plan ahead of time and message all your friends now!

For further information, here are the list of films and their screening schedule:

This film about an aging mother who wrestles both with disturbing visits of a ghostly figure in the night and keeping her broken family together.

The film tells the story of an OFW father in the Middle East who struggles to hide his children from immigration police in Israel after the Israeli government decides to deport children of foreign workers.

The film stars Eddie Garcia (who also won the Best Actor award) who is an ill, stubborn and cranky father of two (Irma Adlawan and Angel Aquino). His daughters have to make an ultimate decision whether to end or prolong his life.

This comedy/drama film centers on a lonely gay man in his 70s who cares for a stray dog named Bwakaw. The film explores the themes of growing old, fear of loneliness, and coming out of the closet. Bwakaw won Eddie Garcia an Asian Film Award for Best Actor.

Posas provides its audience the glimpse of the grim criminal justice system in the country. A notorious snatcher is caught by the police for the first time and held captive. He suffers police brutality, experiences corruption first hand, goes through wrecked relationships, and a finds out the price for his freedom that leaves him terrified.

Based on a true story, Last Supper No. 3 is a humorous look at the circuitous path the Philippine legal system takes to justice. The story’s lead character Wilson Nañawa (played by Joey Paras), an assistant production designer, is tasked to look for a Last Supper to use as a prop for a TV commercial. He finds three but loses one. What happens next changes, Wilson, forever.

Let’s support local films and encourage your friends and family to catch this once in a lifetime opportunity to watch these award-winning films for free!

Kudos to all hardworking people behind these films! Mabuhay ang Pelikulang Pilipino!