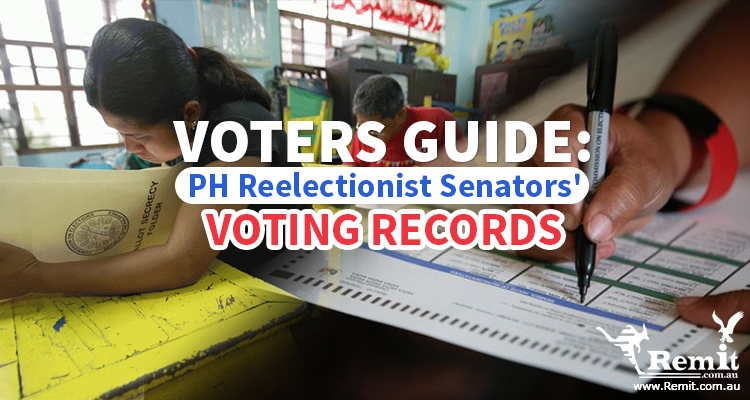 Can you believe it’s already May? We only have a few more days before the national and local election. Different debates and campaigns are held nationwide by various candidates. Have you made your list or are you still thinking on who to vote?

This election, there are seven reelectionist candidates for the senatorial position. And if you would like to know them more, here are their votes on certain key issues and bills. 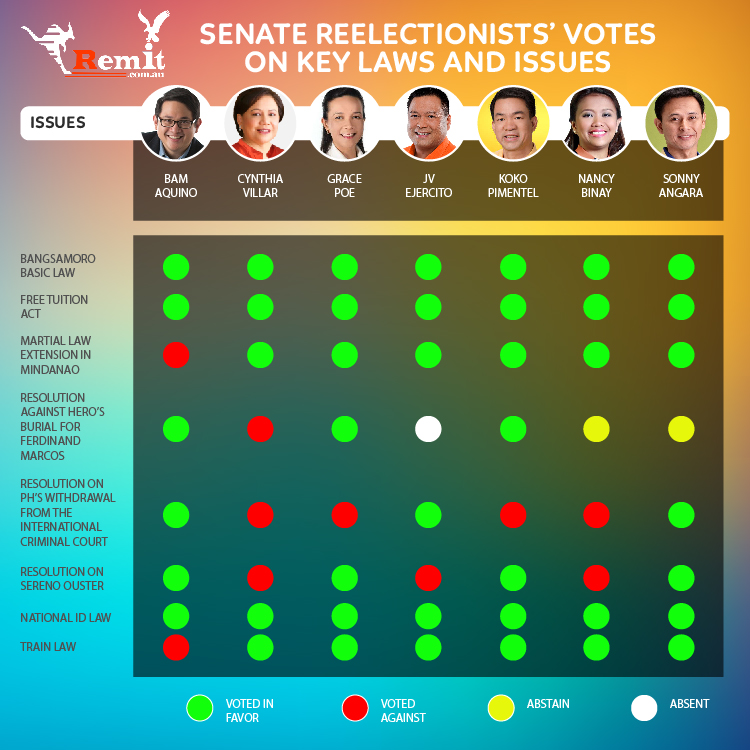 The Bangsamoro Organic Law or Bangsamoro Basic Law is a very controversial Philippine law. It is an organic act that aims to abolish the Autonomous Region in Muslim Mindanao.

This law will provide the basic structure of government for the Bangsamoro Autonomous Region. And will follow the agreements set forth in the Comprehensive Agreement on the Bangsamoro. It includes a peace agreement that will be signed between the Government of the Philippines and the Moro Islamic Liberation Front. 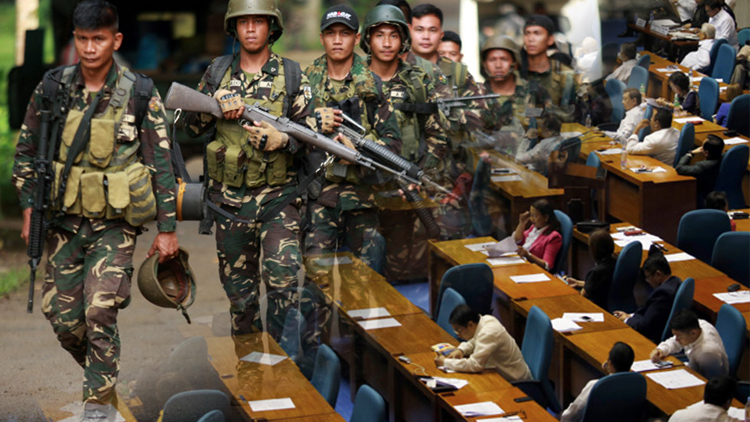 The extension of Martial Law in Mindanao had become a hot topic in social media. Different opinions were shared and various rallies were held but in the end, the decision will be in the hands of our government.

In a joint legislative session voted 235-28 in favor of retaining the military rule in Mindanao until the end of 2019.

The burial of Ferdinand Marcos, the 10th President of the Philippines was originally scheduled on October 18, 2016, at the Heroes’ Cemetery in Taguig, Metro Manila.

But on November 8, 2016, the Supreme Court eventually decided that Marcos should be buried at Heroes’ Cemetery. The burial of Marcos took place on November 18, 2016.

The withdrawal of the Philippines from the International Criminal Court (ICC) took effect on March 17. The departure of the Philippines took place after the court was hit in recent years by high-profile discharge and moves by several nations to drop out. 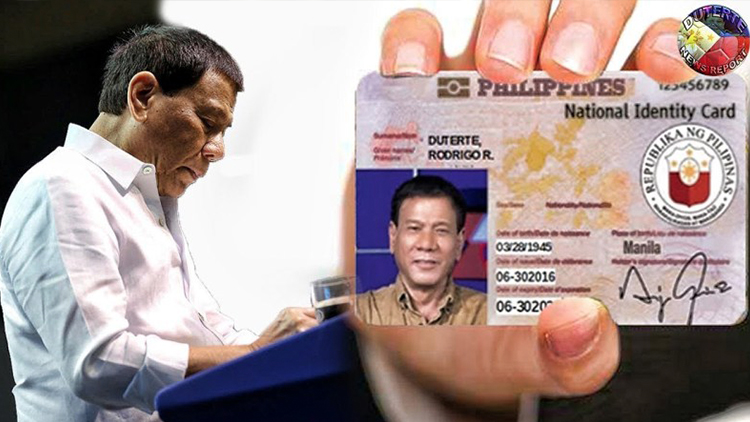 The National ID Law was signed by President Rodrigo Duterte on August 6, 2018. The legislation aims to implement this system in the “Philippine Identification System Act” (Republic Act No. 11055).

The Philippine Identification System will record every instance you use your national ID or number in a transaction, aside from any modification of personal information.

The Tax Reform for Acceleration and Inclusion (TRAIN) Act has a different effect on Filipinos. It is officially cited as Republic Act No. 10963, is the initial package of the Comprehensive Tax Reform Program (CTRP). It was signed into law by President Rodrigo Duterte on December 19, 2017