Valentine’s Day Around The World: How Ten Different Countries Celebrate

Valentine’s Day in the Philippines is, dare I say it, rather routine.

Don’t get me wrong. Filipinos can be quite creative at celebrating this romantic holiday. Apart from the usual flowers and chocolates, lovers take their dates to concerts, special dinners, or even on a luxury weekend out of town.

When I was still in college, for instance, you could actually pay some of the music students to serenade your intended. Someone booked that service for one of the girls in my class once, and our professor actually gave the floor over to the hired violinist. Imagine that.

But have you ever wondered about how other countries pay tribute to the Day of Hearts? 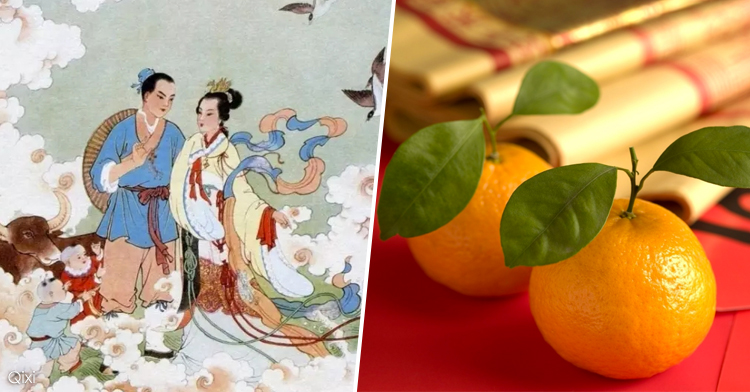 Qixi, the Chinese festival of love, takes place on the seventh day of the seventh month. Rather than honoring St. Valentine, it commemorates two star-crossed lovers kept apart by extreme differences in social status. They were, however, allowed to reunite once a year on this specific day.

Thus, Chinese singletons set out fruit to attract their soulmates on this date. Couples, on the other hand, pray for prosperity. 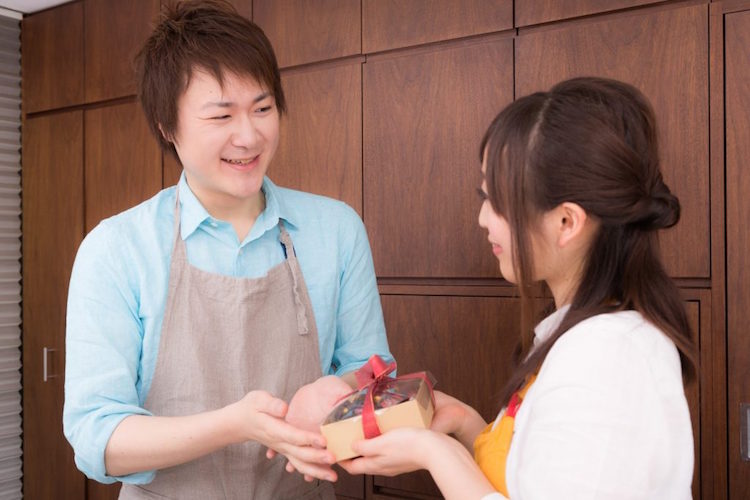 Speaking of Qixi, neighboring Japan actually has a very similar festival called Tanabata. The Japanese do still celebrate Valentine’s Day, but with a twist.

Every 14th of February, Japanese women present their men with chocolates. They usually make these themselves and their recipients only reciprocate one month later, during a holiday called White Day.

That’s only if the receiver returns the giver’s feelings, though. Yikes. 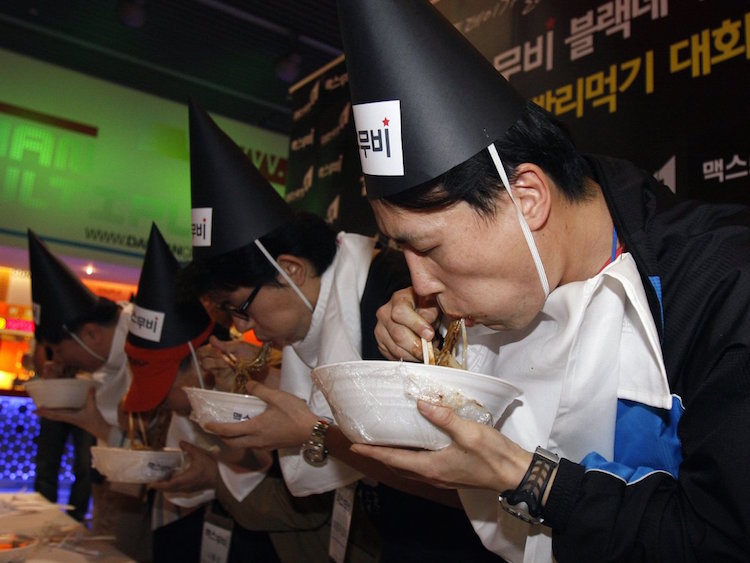 While the Japanese might appear to celebrate Valentine’s Day twice a year, they’ve got nothing on the South Koreans. The latter mark the holiday on the 14th of EVERY MONTH.

Yep, those days include May’s Rose Day, June’s Kiss Day, December’s Hug Day, and a morosely-named April’s Black Day. (This is when single people congregate to console themselves with bowls of jajangmyeon – black noodles. Go figure.) 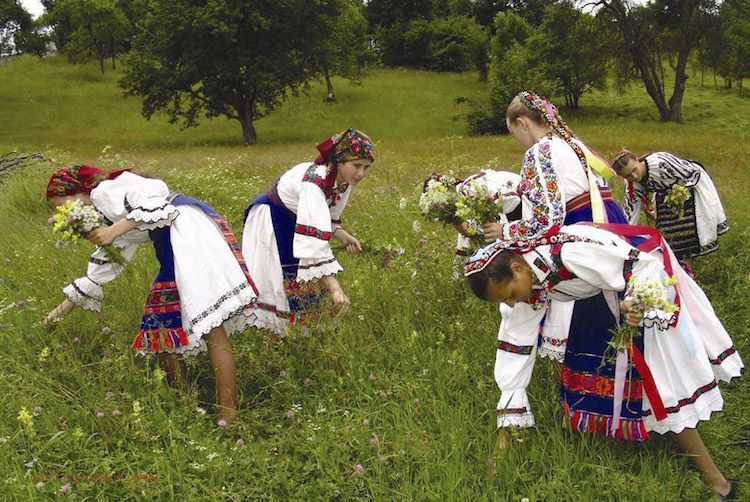 Dragobete, the Romanian Valentine’s Day, occurs on the 24th of February. It’s also known as “the day the birds are betrothed.”

This Valentine’s Day/celebration of spring hybrid has Romanian youths picking flowers in the forest. Some even wash their faces in the snow to bring about future health and happiness! Valencians consider 9 October to be the most romantic day of the year. The Day of St. Dionysius, whom the locals consider the patron saint of love, is heralded by festive parades.

Men also traditionally present their partners with a mocadora on this day. The marzipan figurines serve as the giver’s token of love. Bachelors and bachelorettes will feel right at home in this Eastern European country on V-Day. Here, the focus is on friendship rather than romantic love. Sobrapaev, which is held on 14 February, literally translates to “friendship day.”

While Argentinians do mark Valentine’s Day, they actually have a more romantic holiday in July. The latter plays host to Sweetness Week, seven whole days where kisses are exchanged for sweet treats.

Interestingly, it was set up as a confectioners’ marketing campaign. Clearly, it didn’t take long for the passionate South American nation to embrace it fully. 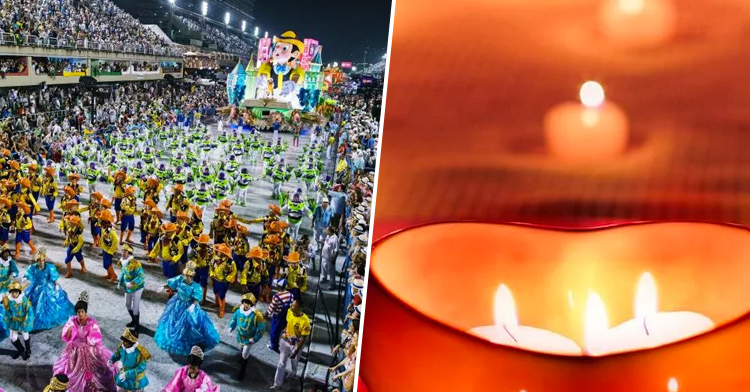 The Brazilians commemorate Dia dos Namorados (“The Day of Lovers”) every 12 June. They also celebrate the feast day of St. Anthony, the patron saint of marriage, the following day.

Coincidence? I think not. For on the eve of Dia dos Namorados, unmarried women traditionally perform rituals called simpatias in hopes of tying the knot soon. Taking a leaf out of the Lupercalia playbook, South African women pin the names of their crush on their sleeves every 14 February.

I guess subtlety isn’t always the most effective route, eh? 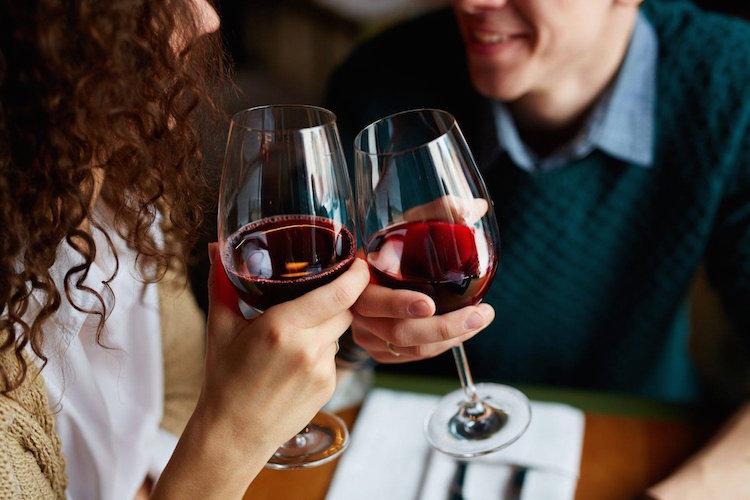 Planning to celebrate V-Day with a bottle of red? You’re not alone.

In Bulgaria, 14 February isn’t just Valentine’s Day, it’s also otherwise known as Winemakers’ Day. Thus, Bulgarian couples toast each other with a glass or two of the country’s delicious wine.

How do you celebrate Valentine’s Day in your country?