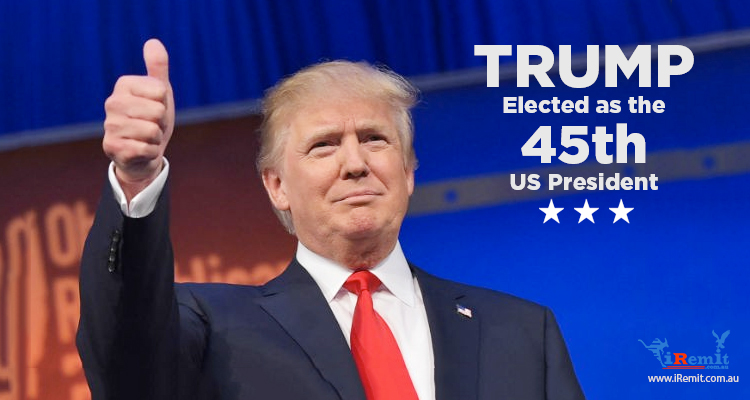 Trump Elected as the 45th US President

Believe it or not.

After one of the most down-to-the wire presidential elections in American history, the 70 year-old real estate mogul managed to secure a shocking victory early this morning.

Just like during the 2000 Bush vs. Gore election, the Republican candidate Donald Trump got the edge over Democrat standard-bearer Hillary Clinton by getting majority of the electoral college votes. While Clinton managed to nab California, Trump’s victory in the key swing states of Ohio, North Carolina, and Florida sustained his lead throughout the tight-knit race.

Given Trump’s volatile personality, markets have tumbled in the wake of his lead, with the Philippine Stock Exchange closing with a 2.58% decrease as of this writing. The Mexican peso, which was considered inversely proportional to the Republican candidate’s chances of winning, reached a record low from MXN 19.45: USD1 to MXN 20.07: USD 1.

While the controversial businessman has pledged to be a unifying president, it is worth noting that the words “how do I emigrate?” have been trending on Google searches in America after the election results were announced. Canada’s immigration website allegedly even crashed as the polling numbers came in on Tuesday night.