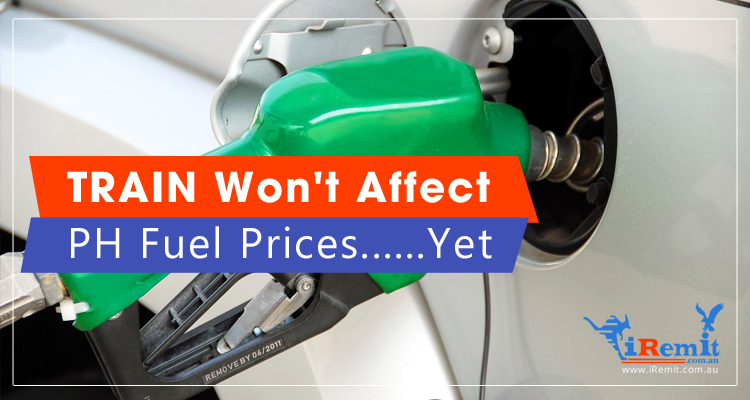 Sure, TRAIN (Tax Reform for Acceleration and Inclusion) might come across as a present, but upon closer inspection, it’s probably a lot closer to a Trojan horse.

Now, I have a lot of respect for my colleague, Mr. Leandro Eclipse. The guy can certainly blow me out of the water when it comes to crunching numbers and he’s nothing if not thorough, but I’m going to respectfully disagree with TRAIN being a Christmas gift for Filipinos seeking to build wealth. (I still think you’re frigging awesome, though, Miko. Yow!)

Yes, it’s great that those of us earning Php250,000 and below annually are now exempt from income taxes under the new tax code. Plus, if you’re a freelancer with fluctuating revenues, you can opt to pay a flat 8% flat rate on your taxes or refer to the new Income Tax Rate Schedule.

Here’s the thing, though. When it comes to government revenues, there’s no such thing as a free lunch. Whatever benefit/s a new scheme might present, there has to be a tradeoff somewhere to preserve the balance.

In TRAIN’s case, excise taxes on fuel and sweetened beverages were significantly raised to compensate for the revenue loss from lower income taxes.

I understand how taxing the latter is also a move to encourage healthier choices (albeit us ordinary Filipinos are sure to feel the pinch one way or another), but the former will definitely entail higher fuel costs.

And we all know that when the price of petrol increases, so will the cost of pretty much everything else, from your daily commute to your weekly grocery bill.

So, if you were already struggling to make ends meet before, the coming year might be even harder for you in this respect.

There is currently a small window of opportunity for motorists, however. Yesterday, the Department of Energy (DOE) clarified that the new excise tax would not be levied on old fuel stocks. Excise taxes, according to DOE Assistant Secretary Leonido Pulido III, are levied upon the source of importation or upon removal, and not at the point of sale to customers.

Thus, the regulatory body through the Oil Industry Management Bureau (OIMB), advised petroleum products stakeholders not to levy the new tax rates on their old stocks. So, what actually led to the increase in fuel prices on New Year’s Eve was concerns about the global supply rather than TRAIN being signed into law.

Currently, motorists are urged to gas up their vehicles while the old stocks haven’t been depleted yet. Once the new fuel stocks come in, we’d best figure out how we can reconfigure our new household budgets to accommodate the ensuing price hikes for basic commodities.