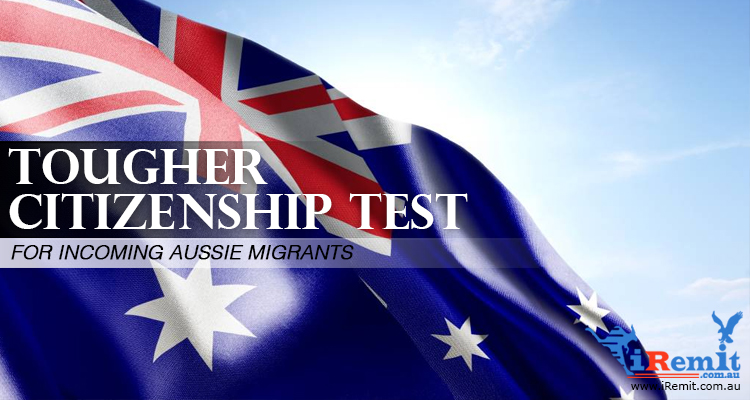 By Serena Estrella in Moving Down Under
February 9, 2017

Do you remember the days leading up to your college graduation? When you heaved that sigh of relief after finishing your last examination, thinking that this would be the last ever test you would have to prepare for and sit through FOREVER??

This is especially true if you are among the multitudes of Filipinos flocking to Australia every year to try and avail of a citizenship. You need to take an English proficiency exam (which quite a few people fail at, despite our general aptitude for it) and then sit for the citizenship test if you are 18-60 years old.

And now, the Australian government is considering making the latter tougher for migrants.

The recent format of the citizenship test requires migrants to correctly answer 15 out of the 20 questions, all of which pertain to Australian history and culture. It sounds fairly standard, but shocking new figures have revealed that thousands of migrants fail every year, yet are allowed to take it over and over again until they pass. 96 percent of all new citizens have also been found to sit the test about three times before passing.

In light of all these recent discoveries, Senator Pauline Hanson has described the current test format as “ridiculous,” even going so far as to claim that those administering the test “give you the answers anyway.” She has since called for a more challenging version, and is apparently not alone in this.

Immigration Minister Peter Dutton considers the subject of revamping the test as “a debate worth having,” not only because he wants to see an individual’s willingness to learn English, and assimilate into Australian society, but also to prevent terrorists from exploiting migration pathways.

“The vast majority of people come here and do the right thing… but there is a minority that are on a pathway to citizenship who we need to have a closer look at in my judgment,” Dutton told 3AW Radio.

The test in question was brought in by the Howard government in 2007 and covers Australia’s history, sporting greats, government, geography, and traditions as well as the privileges, civic duties, and responsibilities of citizens.