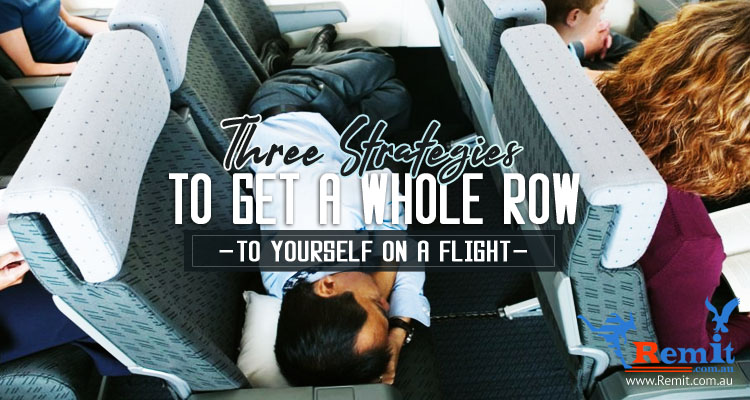 By Serena Estrella in Moving Down Under
December 7, 2018

Traveling is fun, but long-haul flights are anything but. Sitting, eating, and/or trying to sleep in a cramped seat for more than eight hours can be a literal pain in the butt, and I bet most of us here are unable and unwilling (well, mostly unable, really) to splurge on those luxurious digs up in first class.

And yes, there are quite a few ways to get upgraded on a flight, but they often involve certain circumstances that may not always be present.

There is, however, another way to make your economy-class flight more comfortable, and that’s getting an entire row to yourself on the plane.

I, for one, can attest to this. I was lucky enough to score three empty seats in my assigned row on a 14-hour flight to London back in 2016, and having a flatbed up in the sky, albeit a makeshift one, makes a great deal of difference. I was able to nap, read, and pretty much just curl up with a blanket, and the hours didn’t feel quite as oppressive.

However, the best news is that you don’t actually have to rely on luck to nab an entire row of seats on your next flight. There are actually quite a few tactics you can try to bring about this surprisingly lesser-known travel hack, and they are as follows: 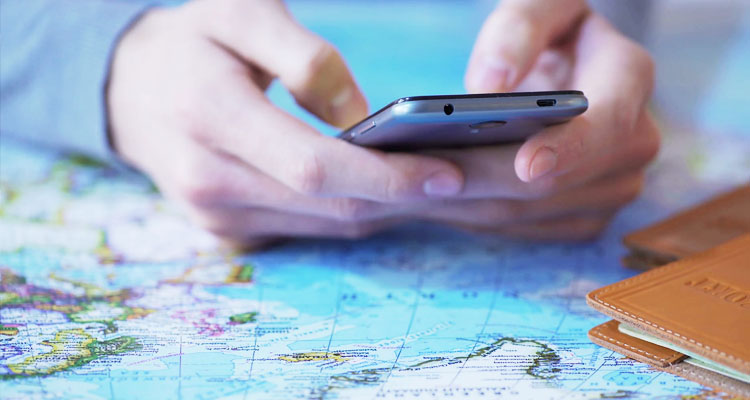 You’re more likely to find unoccupied rows on relatively empty flights, and thanks to the wonders of technology and flight booking apps these days, you can easily check the seating arrangements online.

Take a mental or actual snapshot of each seating chart, and then opt for the flight that has either the highest number of empty seats or clusters of unoccupied ones. 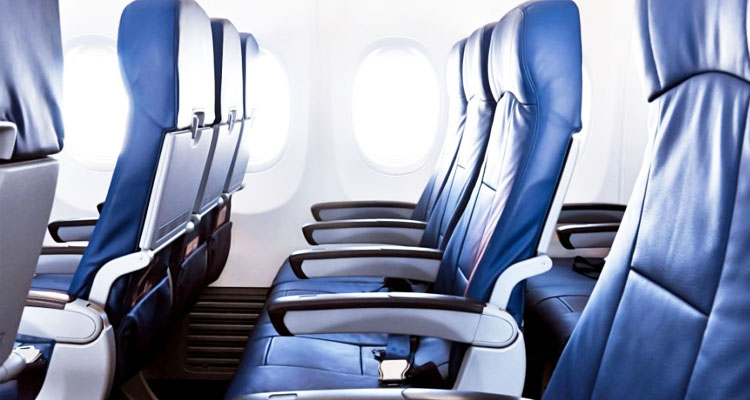 Speaking of unoccupied clusters, this is where not being picky could pay off.

Sure, everyone wants to be seated near the windows so they can see the ground shrink underneath them when the plane takes off or something to that effect, but if you’re fine with not having the best view of the skies mid-flight, getting a more mundane seat in the middle row could get you more legroom.

The rear of the cabin is also often overlooked by passengers, so you may want to try checking there too. 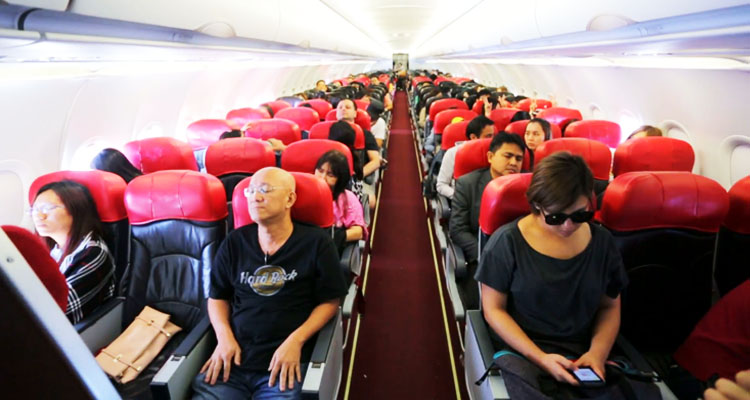 Didn’t have time to canvas for seating charts prior to your flight? There is one alternative you can resort to.

Once you board the flight, have a good look at where everyone is sitting. Should you spot an empty row, make a run for it as soon as the seatbelt sign is turned off and the plane is already at cruising altitude.

If all else fails (or if someone taller and faster than you beats you to an empty row of seats), fret not. There are other things you can do to make economy class more bearable.

Let’s just hope that the airlines don’t spring for those new-fangled seats that are so upright that passengers would practically be standing up throughout the entire flight. Yikes.