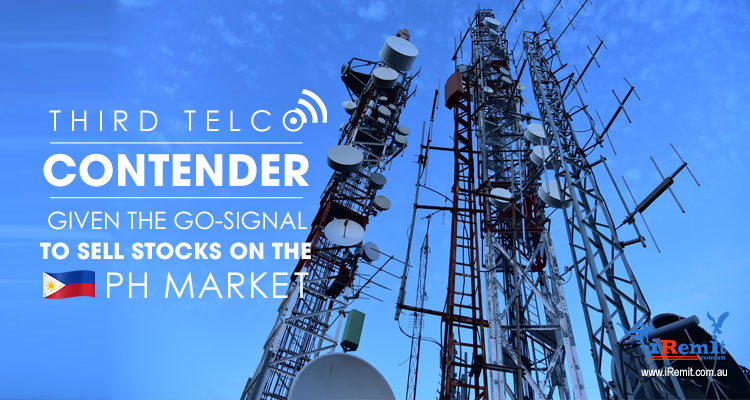 So, I checked my online stock account this morning, and everything was in red.

That’s the thing about investing in the stock market, though. Even those with limited knowledge of such would know that the market tends to recover over time, and that the best time to buy stocks is when there is blood on the streets (i.e., when the ticker tape reflects mostly losses, we’re not talking about literal blood here, okay?) simply because some of the most profitable ones can be bought at a discount during this time.

And now, amidst all the current blood-letting (ugh) comes an opportunity to buy into a potentially profitable company.

The Philippine telecommunications industry has long been dominated by two key players: the Philippine Long Distance Telephone (PLDT) company and Globe Telecom. For years now, many of us clients have hoped for a third contender that can do better than intermittent mobile phone signals and unbelievably slow Internet speeds, among the other things we’ve had to make do with as a result of the aforementioned duopoly.

Until late last year, the entry of a third telecom player seemed like a pipe dream despite the prior attempts of international companies like Telstra to break into the market, as well as the current president’s March 2018 deadline for a new telco to be up and about.

Currently, however, there are reports naming five possible contenders set to be evaluated by the Department of Information and Communications Technology (DICT), and one of them has recently been given the green light to sell preferred shares to the public.

More than a week ago, the Securities and Exchange Commission (SEC) approved Now Corporation’s request to sell at least five million preferred shares to the public, with each one classified as “redeemable, convertible, cumulative, non-participating, non-voting, peso-denominated, and with detachable subscription warrants.”

Now Corporation is listed as a technology company and owns several brands like WebsiteExpress.biz, a one-stop shop website development service, and NowPlanet.TV, a platform that assists businesses in managing their marketing and communications campaigns across multiple mobile devices. It’s also raised speculation about being one of the forerunners in the telco race after word got out that the company renewed the legislative franchise of NOW Telecom Co., one of its subsidiaries, until 2043.

The preferred shares in question will be priced at Php100 each, and are scheduled to be on offer from 28 June to 4 July 2018. Unicapital Inc. is the sole authorized bookrunner, manager, and underwriter of this offer.

While the prospect of owning even a small part of a potential up-and-comer is certainly exciting, we would still advise everyone interested in this new development to do their due diligence. Regardless of how promising a company might be at the onset, there’s always the risk that the value of its stock could plummet below the purchase price after the offer period for a variety of reasons.

If you are new to investing and would like to grab this opportunity, it is recommended that you consult with qualified and experienced professionals before taking any decisive action. You may also read the company’s prospectus here for further information.