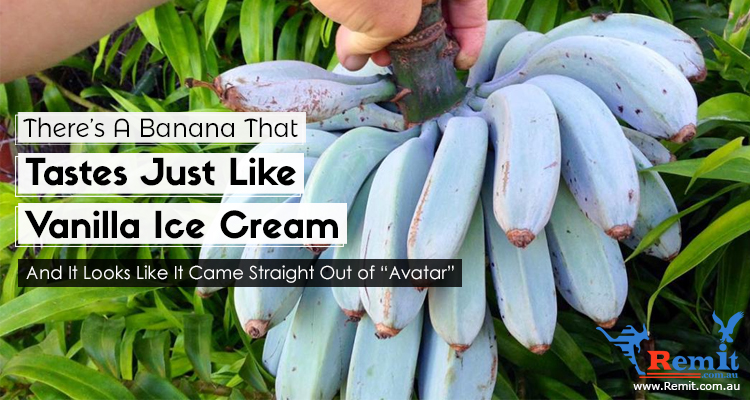 There’s A Banana That Tastes Just Like Vanilla Ice Cream….And It Looks Like It Came Straight Out of “Avatar”

Filipinos go nuts over bananas. Apart from eating them as is, we turn them into sweet, crispy chips, caramelized fruit skewers (that’s a fancy term for banana-cue, btw), and, wait for it, ketchup.

And if the idea of banana ketchup makes you pause, I’ve got something that sounds even stranger. 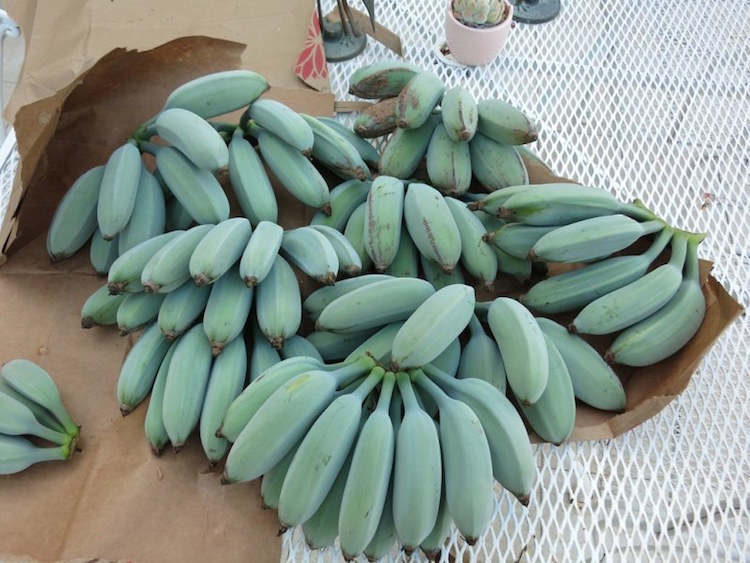 The Blue Java Banana goes by many names, and each one sounds just as mythical as the last. Fiji natives call it the “Hawaiian Banana,” Central Americans refer to it as “Cenizo,” and it even goes by “Krie” in the Philippines.

Arguably, however, its most accurate moniker has got to be “Ice Cream Banana.”

You see, the Blue Java Banana’s flesh has the same texture as ice cream, while its flavor is redolent of vanilla. Those lucky enough to have sampled it compare the experience to eating vanilla ice cream or vanilla cream pudding.

Its exterior is as much of a show-stopper as its interior, however. The skin has a bluish-green tinge when the fruit is unripe. It gradually takes on a pale yellow hue as it ripens, with the peel revealing snow white flesh when peeled back.

Where Can You Find This Magical Plant? 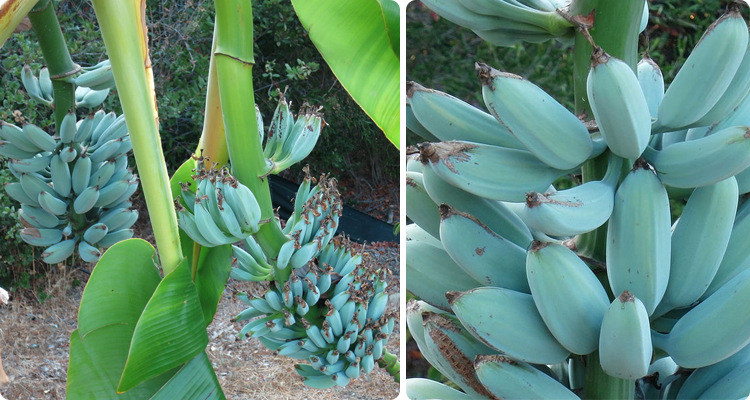 This hardy, cold tolerant banana cultivar thrives on lower temperatures, especially in the United States. Many online vendors there can actually deliver a specimen straight to your door if you live Stateside. Thus, you can find both small plants of around 5 inches/13 cm and fully-grown ones that are up to 18-feet tall in height.

Small Blue Java Banana plants can take up to nine months to bear fruit, but can subsequently result in plentiful harvests each year. 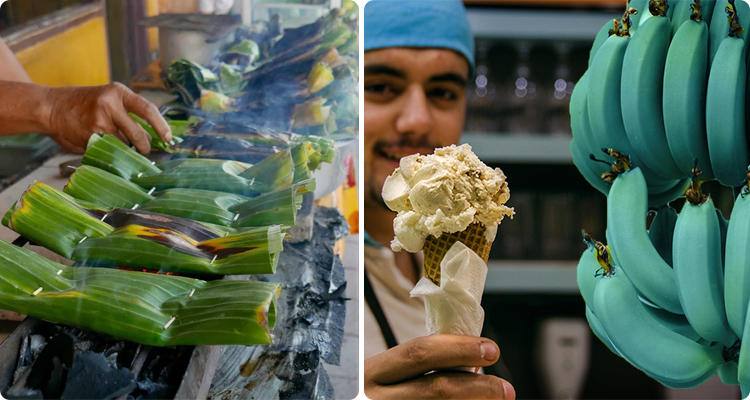 Much like the more common Cavendish, the Blue Java Banana produces gigantic leaves that lend themselves well to a myriad of uses. You can use them to make meat or fish parcels for grilling, for instance. They also work beautifully as serving vessels.

Should the novelty of eating one raw wear off, you can also substitute the Blue Java Banana for any other banana in both sweet or savory recipes. Unsurprisingly, it goes well with ice cream and would be a fine addition to smoothies, rice puddings, and cream pies.

Nature’s wonders just don’t cease, eh? All the more reason to fight for the preservation of the one place we all call home: Earth.