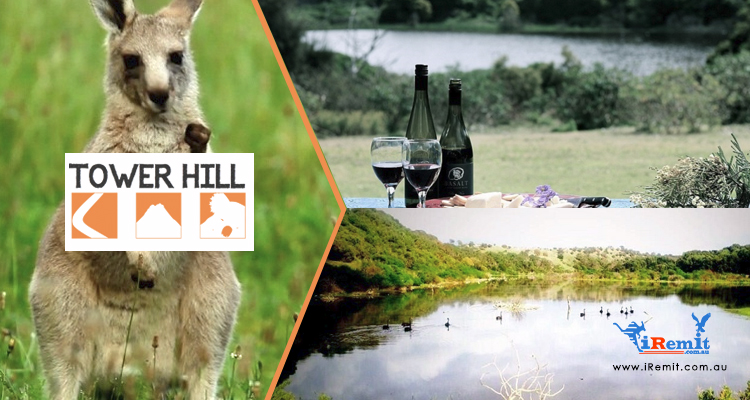 By Anna Agoncillo in Life in Australia
August 22, 2016

The Unique Emergence Of The Tower Hill Wildlife Reserve

A powerful volcanic eruption, which occurred around 30,000 years ago, formed the Tower Hill that we admire today.   You read that right! Its unique emergence was due to one of Mother Earth’s critical events.

The primary eruption created the outer rim of the volcano and the subsequent smaller eruptions created the internal hills. The inside of the crater as well as the hills are parts of the Tower Hill Wildlife Reserve. Inhabiting this reserve are significant populations of native birds and other animals. In fact, it will be easy for you to spot some koalas, kangaroos, and emus.

The encompassing area of the Tower Hill used to be a rich source of food for the Aboriginal Koroitgundidj people. Artefacts found in the volcanic ash layers suggested that the indigenous tribes or communities lived in the area on time of the eruption.

During the 19th century, there was not enough attention given to the Tower Hill. Its original vegetation was lost and its slopes were merely used for cropping, grazing, or growing vegetables. This urged the declaration of Tower Hill as Victoria’s first National Park in 1892.

However, the rules and regulations surrounding the National Park were not enforced. People still continued the grazing, cropping, cutting, burning, and rubbish dumping. It took a sad turn as the area was completely bare, the wildlife was scarce, and the pests were abundant in 1950s.

Fortunately, a restoration project began in the 1960’s. They intended to revive the original condition of the slopes and crater in 1961 when they declared the Tower Hill as a “State Game Reserve”. The next part caught my full attention.

You see, the restoration team relied heavily on a painting by Eugene von Guerard. Eugene’s highly detailed painting in 1855 highlighted the plant species that were once in the area. Experts inferred the identity of the other species based on the habitat.

One of the most controversial part of the painting was the Grass Tree. Ten species including the Southern Grass Tree were determined when J. H. Willis analyzed the artwork in 1966. According to him, the tree was merely a product of the artist’s imagination or was added due to the artistic license because it is unusual to see it on any other volcanic tract.

The process of replanting continued until nearly 250,000 species had been planted by 1981.

Nowadays, Parks Victoria is supervising the restoration programs that aim to reintroduce indigenous understorey plants as well as to remove non-native plants and weeds. These efforts paved way for native birds and animals to return to the area once more.

The Tower Hill is a popular destination among visitors who wish to enjoy delicious picnics, glorious nature walks, and rich wildlife watching. Its facilities include electric BBQs, toilets, and tables.   What are you waiting for? Check out the wonders of this historical reserve without  spending a cent!