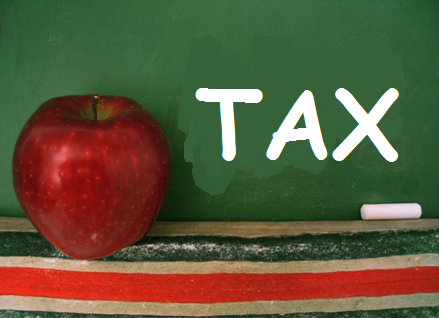 The Philippines Need for Tax Reform

The Philippines is mulling over improving simplicity and convenience in paying taxes.   This move comes after an international audit group, PricewaterhouseCoopers (PwC) revealed that the Philippines have one of the most tedious process in paying for taxes in the world.   PwC does this annually for the “Doing Business” project of the World Bank. The research measures   Currently, the country ranked 127th among 189 economies ranking lower than Thailand (62nd) and Malaysia (32nd).   PwC found that medium sized companies in the country spend 193 hours to pay 36 kinds of fees and taxes per year.   Taxes paid by medium sized companies in the Philippines are: The country is only 3 points higher than Sierra Leone and 12 points than Sudan. It is even easier for to pay in countries like Iran, Iraq and Afghanistan.   Economic Impact   Senator Francis “Chiz” Escudero stated that “the Philippines does not only impose one of the highest income tax rates in Asia, it also has the most tedious processes for paying taxes in the world.”   Steve Forbes, chair and editor-in-chief of Forbes Manila believes that “the Philippines needed tax reforms and improved infrastructure if it were to sustain the stability and growth it has achieved in the last five years.”   Forbes during the Forbes Global CEO Conference in Manila suggests that the country could try to imitate Hong Kong’s tax system by making the Philippine’s tax system simple and not by raising more taxes. This move, he believes, would encourage more people to do business.   Hong Kong ranks 4th on the list and spends just 78 hours to pay for 3 kinds of taxes.   Senator Escudero similarly believes that it would be difficult to encourage investors to the country if a third of their money will go to taxes that are difficult to pay.   He asked the Filipino people to make tax reforms an election issue reiterating that there is a “need to legislate tax reforms not only to lower the income taxes paid by individuals and businesses but also to streamline the process of payment to encourage non-salaried workers and micro-, small and medium enterprises (MSMEs) to pay due taxes.”   The Government’s Move   Presidential Communications Operations Office (PCOO) secretary Herminio ‘Sonny” Coloma Jr., announced that the Bureau of International Revenue (BIR) is “doing everything to make paying taxes more efficient in an effort to boost the economy.”   No concrete measure has been reported yet.   Need For Tax Reform   It would be recalled that a few months ago, there was a move to reform the 19-year-old tax code that was unfortunately shelved citing the President’s unwillingness to endorse the bill.   The bill aimed to lower the tax rate in the country as the Philippines currently takes a maximum of 32 percent of tax from an individual’s annual income of P500,000 and up.   Other neighbouring countries like Indonesia only tax 30 percent for a yearly income of P1.6 million while investor heavy Singapore, only collect 20 percent for annual gross salary of over P10.6 million.   The Philippines’s top business groups and professional organizations, a total of 18 groups, signed a “unity statement” last September to support this call for tax reforms appealing for the President to reconsider.   Last October 19, House Speaker Feliciano “Sonny” Belmonte Jr. said that they are again seeking to lower personal and corporate income taxes.   The approval of the pro-workers’ measure is on top of the Lower Chamber’s priority as soon as the session resumes on November 3.   Senator Juan Edgardo “Sonny” Angara, chairman of the Ways and Means committee also expressed optimism that the pro-workers’ measure will push through before the end of the 16th congress in June next year.   Belmonte together with Senate President Franklin Drilon is expected to meet with President Aquino to discuss the proposed bill.   Special thanks to elizabeth costales for the main image.