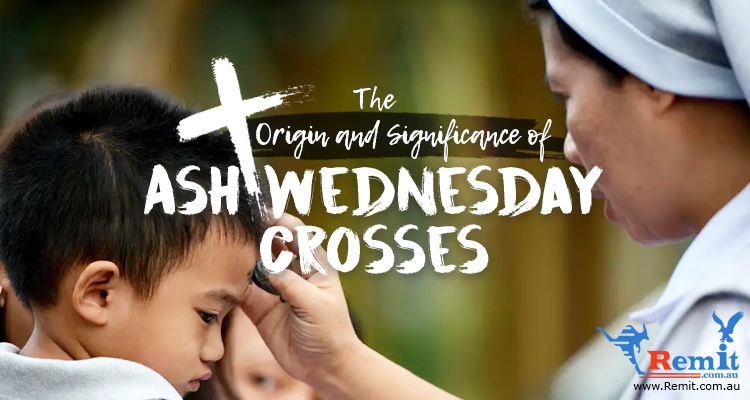 The Origin and Significance of Ash Wednesday Crosses

I never quite understood how the Church calculates the dates for Lent, so I’m always surprised whenever the schedule for Ash Wednesday masses are announced. And that’s despite having attended a Catholic school for most of my formative years.

Oops! Sorry, if you saw that, Sister Mikee. *sheepish grin*

For many Christians around the world, Ash Wednesday marks the beginning of Lent. For six weeks hence, many of us will take part in prayer, abstinence, and penance. Thus, much of the faithful will flock to churches today to attend Mass and to receive ash crosses on their foreheads. A good number of them will also begin fasting, or at the very least, abstaining from meat until Easter Sunday.

As both the Philippines and Australia remain predominantly Catholic, many of you probably don’t need a crash course on the subject. But if you’re new to the faith and/or are simply curious about this distinctive tradition, then by all means, read on.

The Role of Ashes In the Bible Applying ashes to one’s person isn’t exactly new. Biblical figures like Mordecai and Job, among others, put on sackcloth and ashes in times of great sorrow and upheaval.

Jesus also referenced the symbolism of ashes in the New Testament. When faced with towns that remained unrepentant despite miracles and the gospel, Jesus said, “If the miracles worked in you had taken place in Tyre and Sidon, they would have reformed in sackcloth and ashes long ago” (Matthew 11:21).

The practice prevailed well into the Middle Ages. Eighth century priests would lay the dying on the ground, atop sackcloth sprinkled with ashes. They would then bless them with holy water, saying, “Remember that thou art dust and to dust thou shalt return.”

Clearly, ashes have symbolized mourning, mortality, and penance throughout biblical history and beyond.

Why The Ash Cross? 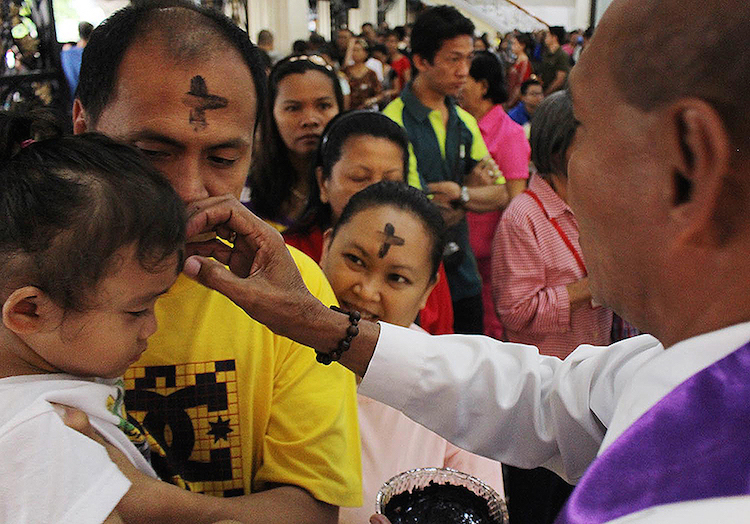 Originally, using ashes to signify penance was a private matter. It only became public later on, when ashes on a public penitent compelled Christians to pray for the repentant sinner. From there, it simply passed into the official Lenten rites, particularly for Ash Wednesday.

The act of placing an ash cross on the forehead supposedly stems from a passage in the book of Ezekiel:


“And the LORD said to him [one of the four cherubim], ‘Go through the city, through Jerusalem, and put a mark [literally, “a tav”] upon the foreheads of the men who sigh and groan over all the abominations that are committed in it.’ And to the others he said in my hearing, ‘Pass through the city after him, and smite; your eye shall not spare, and you shall show no pity; slay old men outright, young men and maidens, little children and women, but touch no one upon whom is the mark. And begin at my sanctuary.’ So they began with the elders who were before the house.” (Ezekiel 9:4-6)

The “tav” mentioned above is a letter from the Hebrew alphabet. In the ancient script, it looked like the Greek letter “chi,” which features two crossed lines.

Furthermore, “chi” happens to be the first letter in the Greek word for “Christ” (“Christos”). Thus, marking your forehead with an ash cross symbolizes not just your intention to repent, but also a seal for protection and a promise of salvation for all who serve the Lord.

We might all have different beliefs, if any, on the subject of religion, and that’s perfectly fine. Even those of us who were born and raised Catholic might not necessarily subscribe to all that we were taught growing up, yours truly included.

Yet we can all appreciate the concept that lies at the heart of the Lenten season, I suppose. Whether you believe in God or not, knowing that redemption is always possible must bring great comfort amidst life’s many uncertainties.