By Samantha Baluyot in Traveling to the Philippines
December 11, 2019

The Philippines is a country known for its rich culture and history. Filipinos are so fond of telling stories that we have preserved all the myths, legends, heroes, and fables told by our ancestors. These stories also became a symbol of our rich culture.

One of the most famous legend stories is Sarimanok. A colorful bird that became the representation of our country for over the years. What’s the story behind this bird and its origin? Let’s find out… 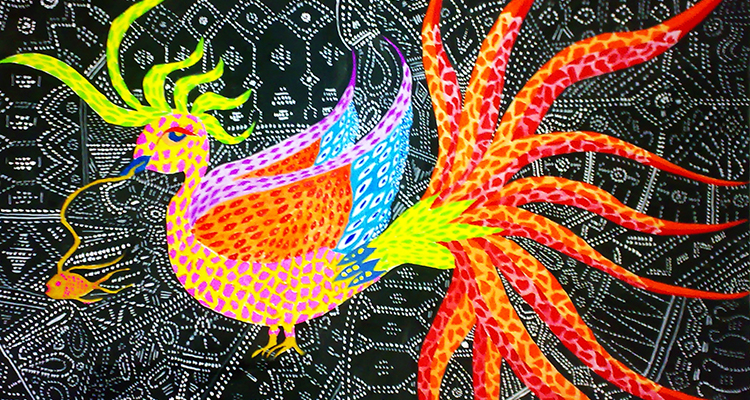 According to stories, the Sarimanok originated from the islands of Mindanao and is known to be a legendary bird of the Maranao people.

Its name came from the words “sari” and “Manok”. “Sari” means cloth or garment (with assorted colors) while the Manòk is a Tagalog word for chicken. 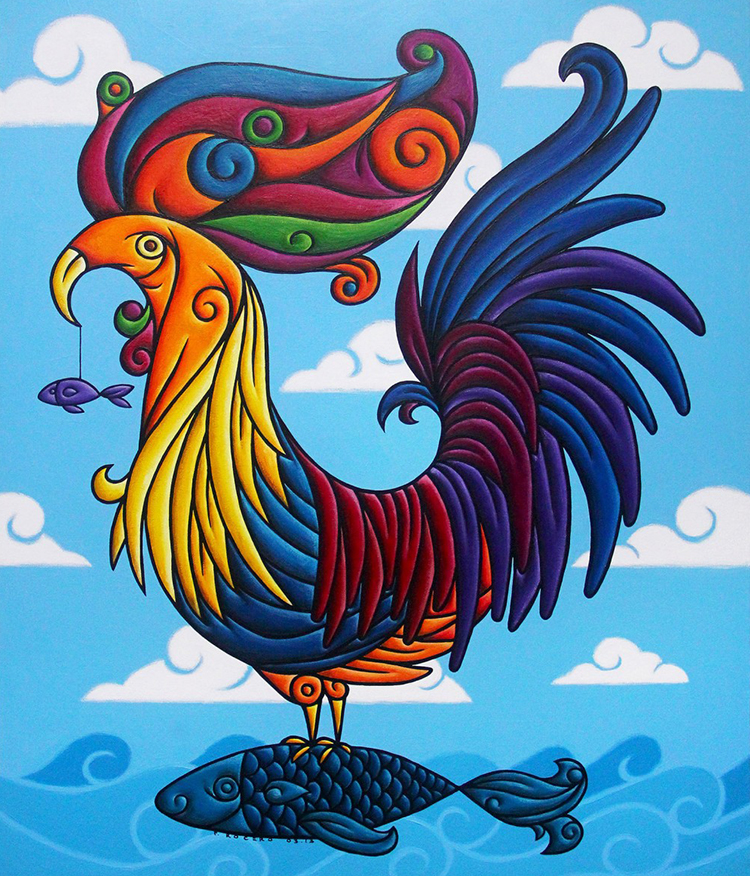 The Sarimanok also became the symbol of Maranao art. It is described as a fowl with colorful wings, feathered tail and is holding a fish on its beak and/or talons.

Its head is decorated with scroll and spiral motifs to symbolize good fortune.

So where did the Sarimanok came from? This legendary bird came from a totem bird of the Maranao people called the Itotoro. The Itotoro is said to be a medium to the spirit world by its twin spirit bird called “Inikadowa.”

There’s one Maranao legend that tells about a Sultan daughter who was swept by a colorful rooster that became a handsome young man. Her daughter was never seen ever again so the Sultan created replicas of the bird to remember his daughter.

Some people also believe that the Sarimanok came from an Islamic legend. The legend states that Muhammad found a rooster in the first of the seven heavens. It was described as a large bird, so large that its crest touched the second heaven and its crow roused every living creature except man It’s said that judgment day will arrive once this celestial rooster ceased to crow.

According to tradition, when displaying a Sarimanok, it must be displayed with a set of flags and should not be displayed by itself. While in other traditions, a Sarimanok is placed on the top of the umbrella of a Sultan or any leader.

Far Eastern University is one of the schools that adopted the Sarimanok design. The FEU  Coat of Arms has the Sarimanok to represent their nationalistic spirit and to have a Filipino touch in their university.

The Sarimanok has a simple story but it has these Filipino features that kept it unique. It became a great symbol of our country and to us Filipinos who are always proud of our origin, our culture, and our history.

What NOT to Pack in Your Carry-on Bag