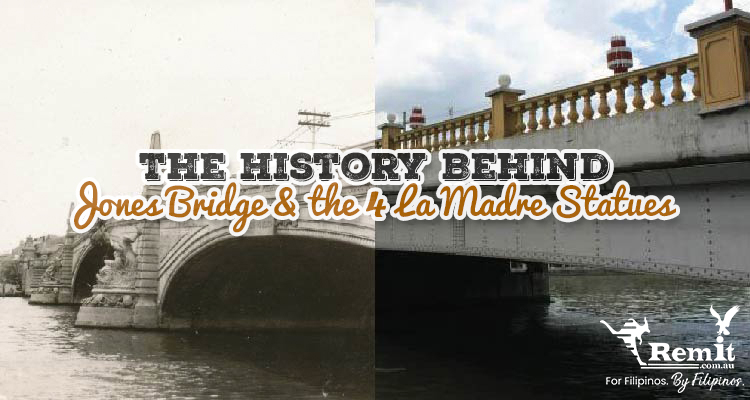 The History Behind Jones Bridge and the Four La Madre Statues

Last Sunday (November 26, 2019), the newly-renovated Jones Bridge was presented to the public by Mayor Francisco “Isko Moreno” Domagoso. The bridge is now brighter than before, thanks to the new lamp post lining both sides of Jones Bridge.

People were fascinated by its marvelous transformation but before we explore the newly renovated Jones bridge, let us first go through its past story and why this bridge is an important symbol in Philippine history. The construction of the Jones Bridge started in 1919 and was finished in 1920. It was built to replace the Puente de España (Bridge of Spain), which was built by Spain in 1876. It was named after the US legislator William Atkinson Jones, the principal author of the Jones Law that gave our country legislative autonomy from the United States.

The plan was implemented and supervised by William E. Parsons but because of the Jones Act, Filipino architect Juan M. Arellano took over and finished the bridge’s final design.

During World War II, the Jones Bridge was caught between the Japanese Army and American troops at the Battle of Manila. Because of the bombing, one of the four la Madre statues was permanently lost and the bridge was destroyed. After the war, Jones bridge was reconstructed but none of its original ornaments were restored. Its neoclassical aesthetic designed was replaced with a pain architecture.

But in 1998, the bridge was partially restored by architect Conrad Onglao (who was commissioned by then-First Lady Amelita Ramos) in celebration of the Philippines Centennial Independence.

Some of you might think that the four la Madre statues are only for the design but these la Madres actually has a deep meaning that represents our country. 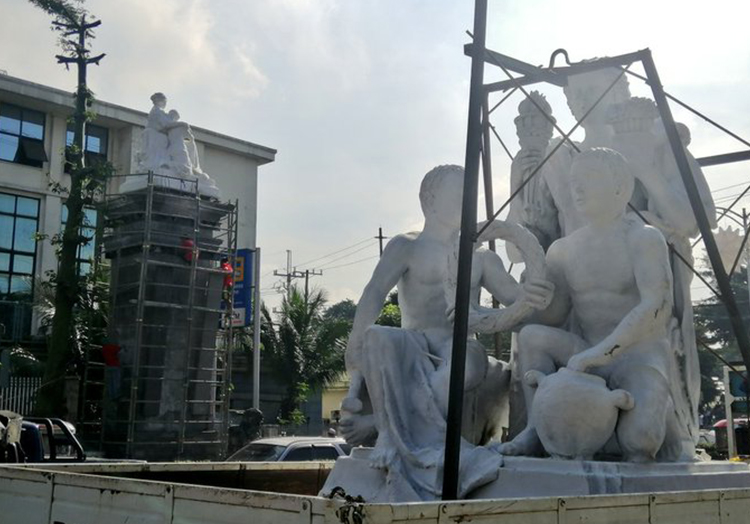 The first La Madre Filipina is the representation of Democracy that was located on the southeast of the bridge. It symbolizes the Filipinos’ aspiration for democratic rule.

According to history enthusiast Lorénzo Búkas, this La Madre is holding a torch, which symbolizes truth and enlightenment, on her right hand and a bouquet of flowers in her left arm. Kneeling in front of her are two young Filipinos holding a laurel wreath that symbolizes triumph.

“The statue is a reminder that the Filipino people will triumph through education,” said Búkas. 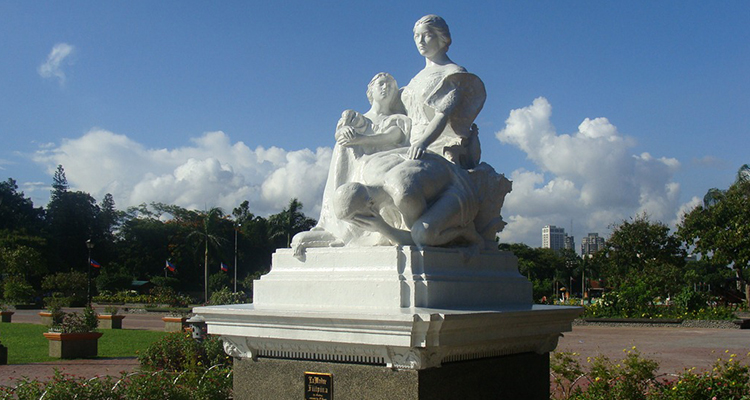 The second La Madre Filipina represents Gratitude and was located on the southwest side of the bridge.

The mother is seen comforting a crying man on one side while embracing a child holding a dove to her right. “It’s a reminder that those who suffer from our country is rewarded through the next generation’s peaceful living”, said  Búkas. 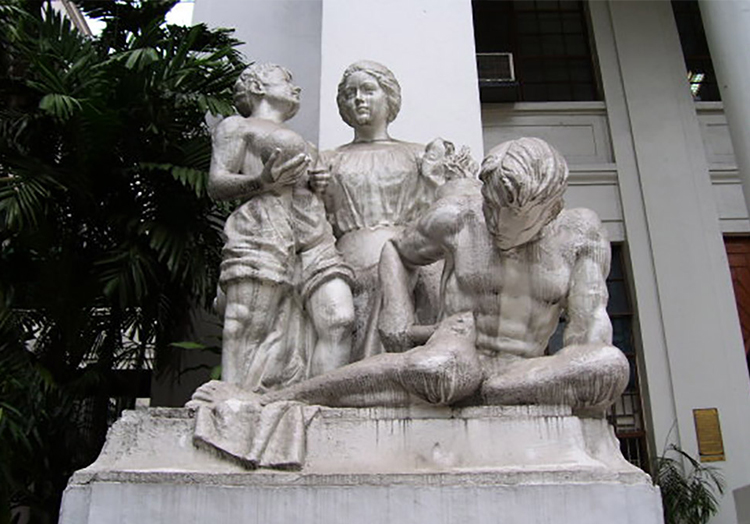 The third La Madre Filipina represents Progress. It was located on the Binondo side of the bridge on the northwest. At her left foot is a man laying tired holding a hammer which is a symbol of Labor.

La Madre Filipina is then seen holding a torch symbolizing enlightenment and education, facing a child holding an orb symbolizing power. Its message is that the hard work of the Filipinos to provide education for their children will give them the power over their future. 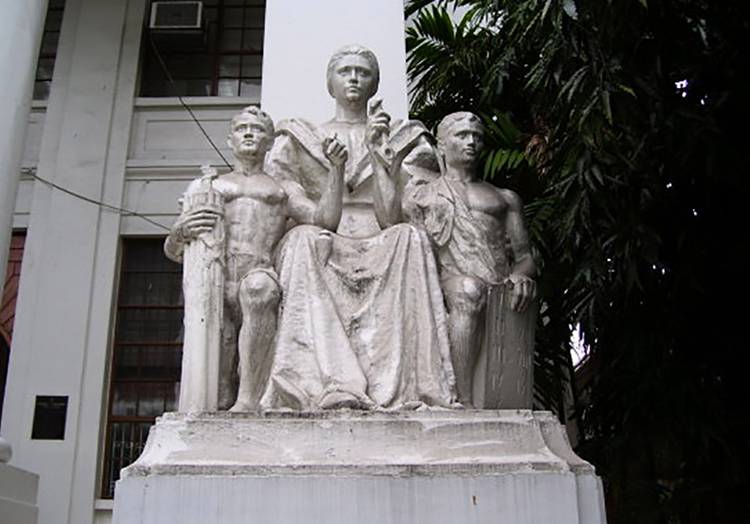 Lastly, the fourth La Madre Filipina that symbolizes Justice. It was located on the northeast side of the Jones Bridge. La Madre is depicted sitting in a stately manner with two children genuflecting on her sides.

According to Búkas, La Madre Filipina is sitting dignified, at each of her sides are two Filipino youth kneeling and guarding her. To her left, the youth carries a fasces which is a symbol of collective governance. To her right, the youth carries a key and the tablet of the Ten Commandments, symbolizing law and order. Their kneeling position is perfectly balanced on both sides, a clear representation of equality under the law. The present Jones Bridge was restored and brought back to its near-original architecture under Manila mayor Isko Moreno. He also plans to return the three surviving la Madres that guarded the bridge for decades.

While the 4th sculpture was replicated using the archives of the pre-war Jones Bridge in the National Library of the Philippines. Jose Acuzar, owner of Las Casas Filipinas de Acuzar was the one who built the Beaux-Arts-styled lampposts similar to those on Pont Alexandre III and new pillars that would act as the pedestal for the returning structures.