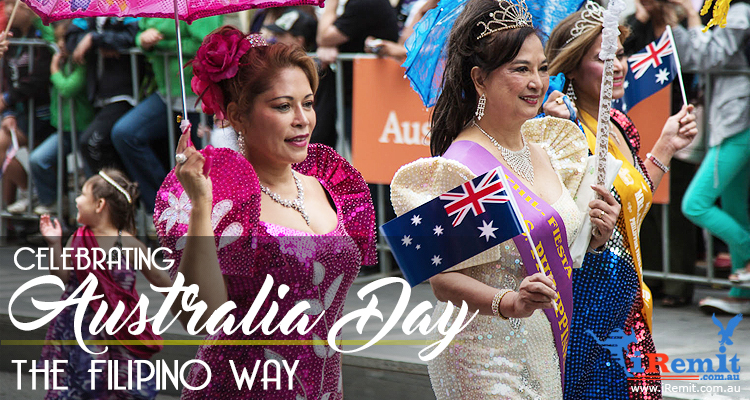 By Anna Agoncillo in Life in Australia
January 25, 2017

The Filipino Way to Celebrate the Australia Day

Today marks one of the most exciting and intriguing days in the history of Australia – the Australia Day. January 26 is special as it celebrates the nation and its multicultural values. It has the ability to respect the diverse viewpoints of all the citizens. Rather than accepting a singular indicator for identity, Australians question theirs.

Australia Day pertains to the arrival of the First Fleet ships from the Great Britain. It highlights a significant moment, which caused a massive change in the entire country. This is why the previous definition of the Australian identity was dictated by the experts in history, politics, and law.

Sporting legends interplayed with the government reports and teaching resources too. Since sport is deeply engraved into the nation’s roots, it comes as no surprise that civic duties included the expertise of star athletes such as Rechelle Hawkes and Mark Ella.

The Australian identity shift thru the contemporary waves. The multicultural values seek to govern for all types of Australians. You see, more migrants and indigenous citizens were empowered to become role models. We have the equal capacity to shape the Australian identity. Isn’t that nice?

On this public holiday, majority of the population attends the organized community events or personal get togethers. Can you feel the festivities ringing by?

I am so proud of the Filipino community as they showed how committed they were in the past couple of years. In 2013, the parade of nations included Filipinos who wore our traditional costumes. The 2013 Australia Day Parade held in Melbourne featured snippets from the Asian migrants’ culture.

Whether you are an OFW or a Filipino-Australian, Australia Day is the perfect time to reflect upon what you had achieve and what you can be proud of as a member of a great nation. It is a day to pay genuine respect to the country’s history. It is a day to unite with your family. It is a day to commit to making Australia a better place for the future generations.

As a Filipino, you accepted the cultural differences and challenging beginnings. May this day help you to realize your ability to adapt with the ever-changing Australian identity. Not many people were given the opportunity to call Australia their second home.