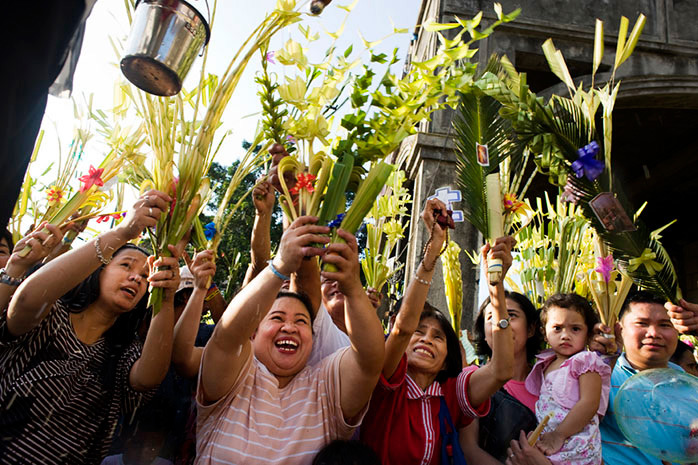 Some Filipino traditions during the holy week will surely make one reflect while some things might make you scratch your head.

Growing up in a country with the majority of the population being Catholic, the holy week is certainly something that created lasting memories.

This practice is called fasting and is mostly and strictly done by older people. There is no one way of fasting. Some do it by eating just one meal on Fridays while some fast by avoiding meat the whole Lenten season or just on all Lenten Fridays.

Fasting is a common way for Filipinos to show penitence. As Catholics, we are called to repent and do penitence especially during the Lenten season. According to the Cambridge Advanced Learner’s Dictionary & Thesaurus “penitent” is “a person who is performing a formal religious act to show that they are sorry for something they have done wrong.”

Today, fasting is not strictly done by avoiding meat and consuming only fish (this is not a sacrifice for those who love seafood anyway). Penitence can be in any form and it can mean giving up a habit like smoking or committing to do something as a symbol of our sacrifice.

For some, making a sacrifice means as much as participating in Flagellants or Cutud Crucifixions – both includes physically harming self by carrying wooden crosses, whipping, and crucifiction.

In the Philippines children are told to keep quiet on any time and day from Maundy Thursday to Black Saturday. Elders say that the noise might wake up evil spirits and take children away!

So any unnecessary noise like loud voices, laughing, singing or even playing music is not allowed in those three days. Imagine how that feels for very energetic children but hey, no one wants to be near bad spirits, right?

This, of course, is a myth (or are there really bad spirits around in the Philippines?).

The bad spirits theory prove to be a strong one that affects a lot of things related to holy week.

I would never forget that Good Friday when we were scolded by someone for being boisterous kids. Not because I was offended or because I got mad for being scolded on doing something normal but because that person said “ang ingay-ingay nyo hindi na kayo nahiya patay ang Diyos” (roughly translated as “you are all so noisy, aren’t you ashamed? Jesus is dead.”

Well, Jesus died for us centuries ago but remembering that day does not make him die every year, right?

I guess, that person only wanted us to act a little more mournful as the rest of the community reflects on their life as a faithful Catholic. Still, she could have said that instead – that people are in prayer so we should be quiet if we are done praying ourselves.

The same line of thinking makes some people believe that we need extra precaution. Elders believe that on Good Friday to Black Saturday bad spirits especially the aswangs are extremely powerful.

Aswangs are characters in Filipino mythology. You can find out more about them in a fun and not so scary way through the video below:

Because of this belief, some Filipinos think that their amulets are best “blessed” by an albularyo (a local healer) during these days.

The palms blessed on Palm Sunday are also placed on front doors to ward off evil spirits.

Speaking of bad luck, if you get a wound on holy week, it heals very slowly than if you get that on any normal day.

Besides, if you intend to go out you have to take a bath before three because you are not supposed to take a bath (or do laundry) on Good Friday after 3pm.

So essentially, we are discouraged to go anywhere except if we are going on Visita Iglesia. It is a Filipino tradition of visiting 7 churches on Holy Thursday or Good Friday. Some also pray the Stations of the Cross while on Visita Iglesia.

Truthfully, I like visiting churches. My family made it our little tradition to visit several churches in our province and other neighbouring areas. Some of the churches are quaint while some are grand and all of them has a history that the walls seem to whisper to curious guests.

Praying the Stations of the Cross while admiring the artwork in each church is also kind of rewarding at the same time it makes one reflect.

Do not have any superstition in travelling? Consider these places for reflection here.

The senakulo is a role playing of the life and passion of Christ. It can be presented in parts starting on Palm Sunday or it can be one long program on Good Friday before, during or after the Church’s procession. Senakulo actors can be anyone from lay ministers to seminarians, students or volunteer amateur or professional actors.

Once I spent holy week with my grandparents. At that time, not all houses have electricity and most of the elders tune in on AM frequency to hear news and music using battery operated wooden radios.

It was Friday afternoon and it was the first time I felt the air and everything around me seem to stay so still that making noise will sound eerie.

Most local TV channels in the Philippines do not have regular programming at this time. Instead they air Holy Week specials, reruns of appropriate programs and religious programming like the Seven Last Words or Siete Palabras. 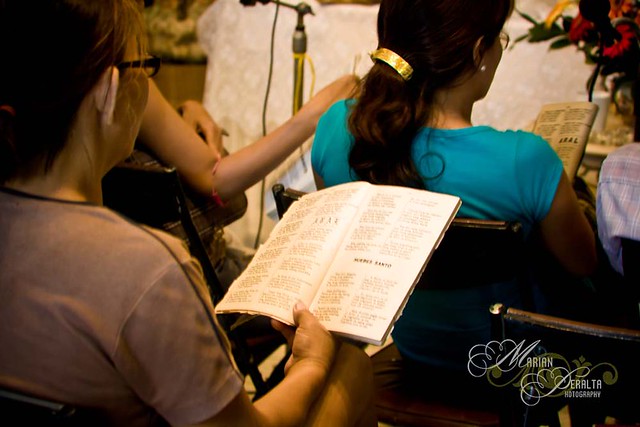 Outside the television, most elders engage in the Pabasa – an oral tradition of retelling the story of Jesus’ passion by chanting or singing. Pabasa may sound boring for young people and sometimes it is hard to keep a straight face when someone hears it from afar and the one who is chanting does not have a good singing voice. But the oral tradition is no laughing matter, it is a serious religious tradition and it lasts for three days.

After days of silence and sacrifice, people gather for the Black Saturday night vigil. The religious prepare to welcome Easter at dawn.

Come Easter, people celebrate by attending the Salubong or at least the earliest mass. Salubong is the reenactment of the first time Mary and Jesus met again after the resurrection.

Some of these traditions and superstitions may not be as present in our lives now than it used to be back then. Let us look back on them (and I am sure there are more in your own personal experience).  Then, examine if it is a legit tradition or just mere superstition.

The traditions, customs and superstitions that surround our observance of the holy week are brought about by the combination of influences from pre-Spanish and the Spanish colonial times.

Present day priests are asking the community to focus more on the real reason of the Lenten season and not on the superstitions that cloud it. On the other hand, some of the traditions we have are also still important as it reminds people of Jesus’ great sacrifice.

Traditions need to be passed on the next generation to ensure that the culture it created lives on. It is therefore necessary to let children and the youth to participate freely (and not blindly of forcibly). To facilitate this, adults need to have one more sacrifice: to patiently explain to the children and the youth what the tradition is about, why it is important and what is expected of them.

Special thanks to FFE magazine for the main image.