By Serena Estrella in Business and Career
December 19, 2019

Whether it’s a super villain’s or an everyday acronym’s, origin stories are always intriguing. Since the year (and the decade) is nearly at an end, there’s just something wistful about looking back at beginnings.

Some of the world’s biggest brands have been with us for years and years. A handful, on the other hand, rose to prominence within a relatively short time. But for all of them, it all started with a name. Here are the riveting back stories behind each one:

This tech company’s minimalist logo is pretty straightforward, much like its brand name’s origin story. You see, Cisco is short for San Francisco (although the actual company is based in San Jose, California).

Founder Bob Kalin once revealed that he wanted his online craft exchange platform to have a nonsensical name. Interestingly, he had a lightbulb moment while watching Fellini’s 8 ½.

Speaking of nonsensical, you might be tempted to classify the name of the world’s biggest search engine as such. However, Google is actually rooted in a mathematical concept.

“Googol” is the mathematical term for the number 1 followed by a hundred zeroes. Hence, it was only apt for Google, the company that brings you roughly the same number of search results for most topics under the sun.

Fittingly enough, this beauty conglomerate takes its name from the ruins of an old castle. Founder Armand Petitjean was on holiday in the French countryside when he stumbled upon Le Château de Lancosme.

Petitjean then proceeded to name his then-fledgling company after the chateau and even adapted the wild roses growing around it as its logo.

Parents, kids, and kids at heart will be pleased to learn that this iconic toy’s brand name hides a useful lifelong lesson. For Lego springs from a combination of two Dutch words: leg and got. Put together, “leg got” means “play well,” a credo that most playground dwellers everywhere would do well to abide by.

Surprisingly, this renowned nail polish brand started out as a completely different company. Opi initially stood for “Odontorium Products Inc.,” and was once a small dental supply company.

After the owners realized that the dental acrylics for fake teeth made for excellent fake nails as well (but was illegal), they developed their own nail-friendly version. Since Opi now sells about 55 million bottles of nail polish a year, it’s no surprise that the company closed the dental side of the business to focus on nail products.

They have since, of course, kept the abbreviated name.

Coca-Cola’s biggest competitor used to go by a relatively mundane name: Brad’s Drink, after Pepsi’s inventor Caleb Davis Bradham. Not long after, Bradham himself renamed his creation as a nod to its supposed ability to aid digestion.

Now, the medical term for indigestion is “dyspepsia,” ergo, Pepsi.

In an alternate reality, these former breath mints would have gone by a tongue-twister. Invented in German-speaking Vienna, Austria, what we call Pez today springs from the vernacular “pfefferminz.” This translates into “peppermint,” and the company took the first, middle, and last letters to comprise its name.

The dictionary defines “twitter” as “a short burst of inconsequential information” or “chirps from birds.” Little wonder then that co-founder Jack Dorsey wound up picking it, for what other term could do the company’s product justice?

Okay, so anyone hearing this company’s name for the first time will probably snicker. (To be fair, its founders certainly did at first.)

Still, the name stuck. Why? Well, at the time of the company’s inception, the company’s progenitors were all virgins at business. Plus, hey, it sounds catchy.

Who knows what sort of companies and brands will claim dominance in the next decade, eh? Or more to the point, what sort of stories they’d have behind them. 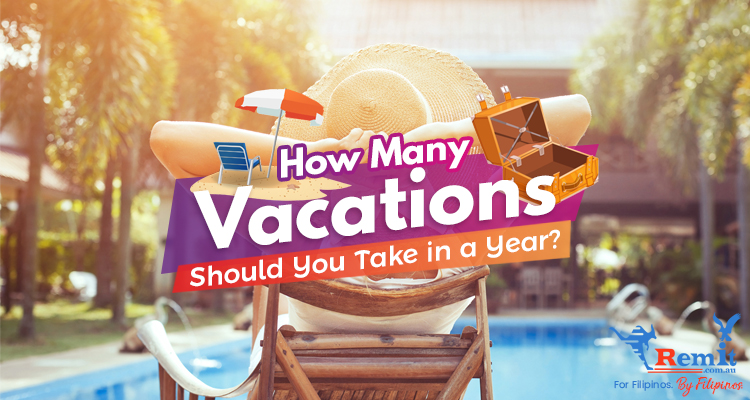 Posted on 4 October 2019 By: Serena Estrella

How Many Vacations Should You Take in a Year?