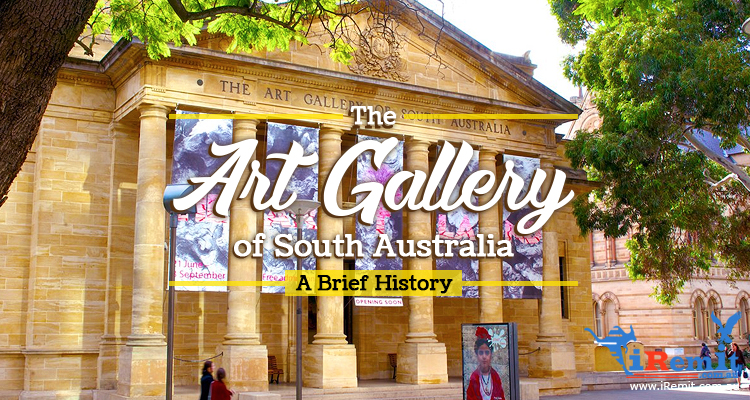 By Serena Estrella in Life in Australia
April 26, 2017

The Art Gallery of South Australia: A Brief History

Australia isn’t just about the kangaroos and koalas (or even those scrumptious meat pies. Yum!) or the Great Outback. It’s also got its fair share of cultural attractions too.

The Art Gallery of South Australia (AGSA) initially opened in 1888. Back then, it merely occupied two rooms of the public library, but it was inaugurated by no less than Queen Victoria’s grandson Prince Albert Victor and the future George V of England.

The classically beautiful building that now houses the AGSA was established twelve years later, around 1900, and the wing that features the iconic colonnaded portico was named after the art gallery’s first benefactor, Sir Thomas Elder. He is said to have donated around 25,000 pounds back then just to purchase valuable pieces for the exhibitions.

Thanks to the Elder Wing’s namesake, the AGSA attracted many other donors until its collection swelled to around 35,000 works of art. It has even been estimated that 90% of the pieces on display were acquired that way (i.e., through private donations and funding).

The AGSA was formerly known as the National Gallery of South Australia, but this name was changed to the current one in 1967. Australian art features prominently, as does Aboriginal and Torres Strait Islander artifacts, but there are also quite a few paintings from the pre-Raphaelite masters like William Holman Hunt, Edward Burne-Jones, and my personal favorite, Dante Gabriel Rossetti.

Perhaps as a nod to its British benefactors, the art gallery also showcases the works of some of the best portrait painters from Britain such as Thomas Gainsborough and Anthony van Dyck (you ought to try taking a selfie beside van Dyck’s portrait of Jan Snellinx while trying to imitate it for kicks).

However, the art gallery isn’t partial to works by Western artists either. Delicately beautiful pottery from Japanese masters and intricate Buddhist offering vessels from Burma can be seen along with other uniquely amazing pieces in the gallery’s Asian collection.

The Adelaide Biennial, on the other hand, is arguably the biggest highlight of the AGSA’s yearly calendar of events. There has undoubtedly been a marked interest in contemporary art, and since Australia has fostered its fair share of artists, the Adelaide Biennial serves as the longest-standing survey for works that fall under this category. Contemporary art aficionados will certainly recognize artists like Glenn Barkley, Robyn Stacey, Hiromi Tango, Louise Haselton, and many other luminaries in 2016’s Biennial alone.