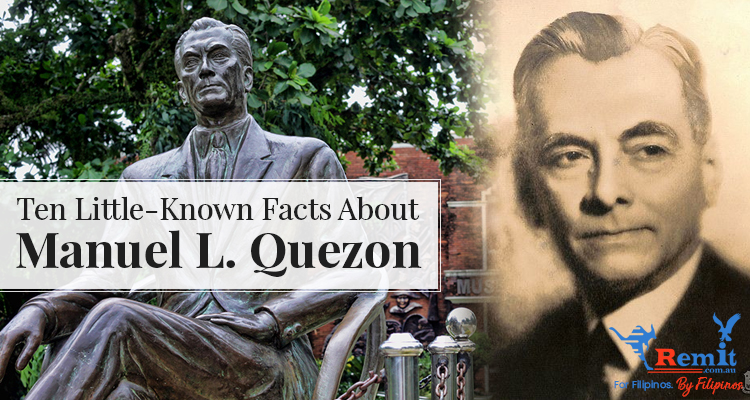 We all know him as the second President of the Philippines and as the “Father of the National Language.” Heck, August’s Buwan ng Wika (National Language Month) is something of a tribute to the guy.

But how much do we actually know about Manuel L. Quezon? Very little, it turns out. But as the following facts show, the former president’s life was every bit as colorful as the Php20 bill bearing his likeness:

Young Manuel’s classmates and teachers knew him as a “gulerato” or a bluffer. The schoolboy’s parents both taught in elementary school, but their child often came across as “bright but lazy.”

Quezon’s laziness must have been a phase, however, as he worked various jobs to support his law school studies. He even went on to achieve fourth place at the 1903 bar examinations.

His prowess as a lawyer also led to his foray into politics. Back when it was unheard of for Filipinos to prosecute Americans, Quezon filed a case against Francis Berry. He charged the prominent American lawyer with illicit land transactions – and won. 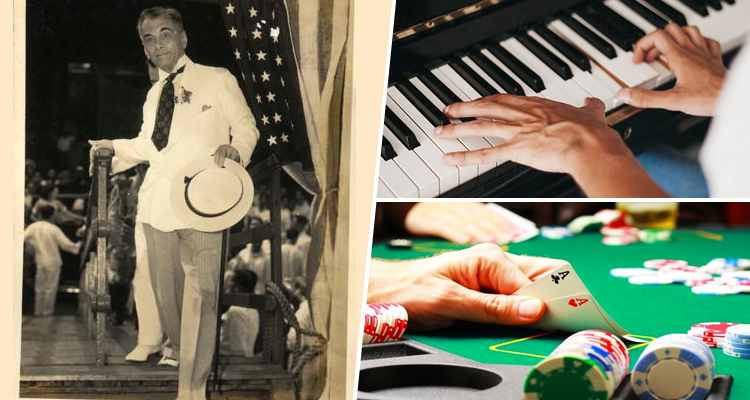 These included a keen mastery of the piano, which Quezon once demonstrated on a trans-Atlantic ship. The orchestra onboard played the Polish national anthem, but was unfamiliar with the Philippine one. Quezon then tapped out the tune on the piano with a single finger, amazing his co-passengers, including the Polish piano prodigy, Jan Paderewski.

A dapper dresser, Quezon also made his own clothes. He once designed an outfit consisting of a “semi-uniform of high russet riding breeches, a soft white shirt, and a high-buttoned military tunic with a high collar.” How’s that for an #ootd?

Lastly, the former president was quite the card player. According to some accounts, he was one of the best poker players of his time. 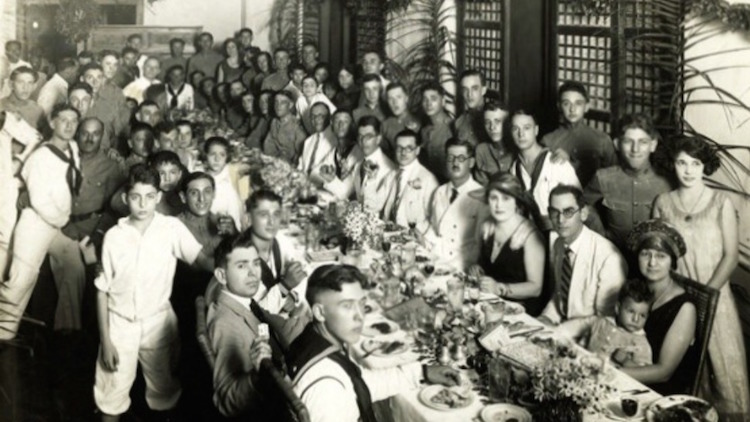 Speaking of card games, Quezon had some pretty high-profile poker buddies, such as US Colonel Dwight Eisenhower, US High Commissioner Paul McNutt, and the Frieder brothers. The latter were American Jewish businessmen, and they owned the Helena Cigar factory, which was based in Manila at the time.

When news of the Holocaust broke out in 1938, the Frieders planned a rescue mission. To ensure its success, they sought help from their poker group.

Quezon obliged. Though he faced considerable opposition, he launched the Philippine ‘open door’ policy, which opened the country’s doors to a maximum of 10,000 refugees. About 1,200 Jews thus escaped the Holocaust thanks to the open door policy. 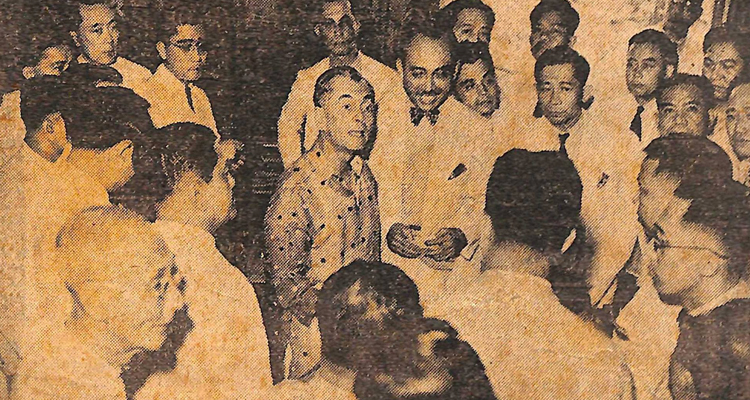 While he may have been the Pinoy Oskar Schindler, Quezon was no saint. For one thing, he had a fiery temper.

When he was still a delegate to the first Philippine Assembly, someone wrote a newspaper article criticizing him. Quezon then took the newspaper, rushed into the press office, and stuffed it straight into the editor’s mouth! 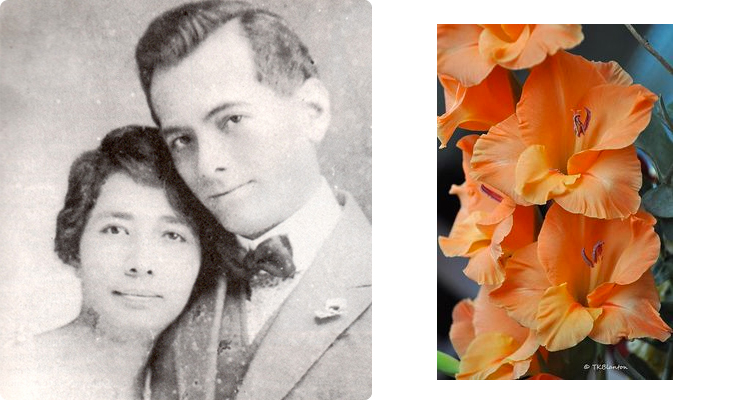 Well, sort of. The story is that a young Manuel was courting his future wife, Aurora, when he put her love to the test.

The dapper young man showed up at Aurora’s house one day with a string of orange blossoms around his neck. His intended noticed, of course, and inquired as to its purpose. Quezon nonchalantly bluffed that he just got married. The poor girl thus burst into tears, inadvertently revealing how she felt about her suitor.

They eventually eloped to Hong Kong. 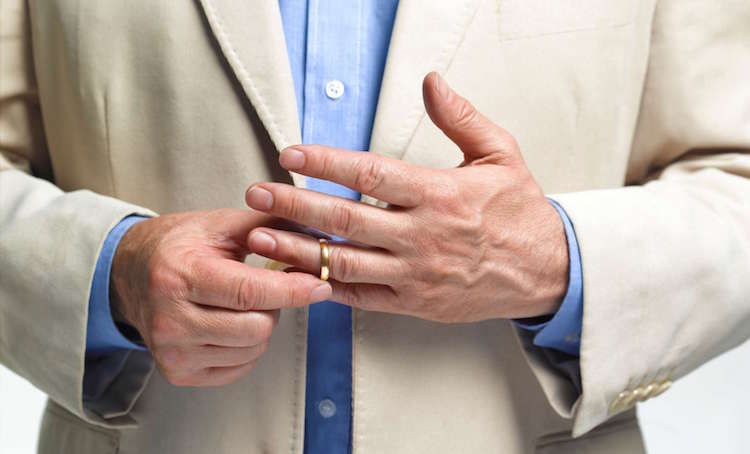 Then as now, infidelity was rampant among Filipino politicians. Quezon was no exception.

One especially painful story came from another Filipino president. The late Diosdado Macapagal used to be a staffer at Malacañang Palace, and once recounted hearing Aurora shouting for her husband. Apparently, everyone but her knew that he was out yachting with one of his paramours.

After a year’s study, Quezon’s administration established the Institute of the National Language in 1936. They then recommended the Tagalog language to serve as the national language. Now, the current director was an ethnic Waray-Visayan, but the motion passed without much opposition.

This is how Manuel L. Quezon got the moniker “Ama ng Pambansang Wika” (The Father of the National Language).

The former president often made surprise inspections to government offices, much like Manila Mayor Isko Moreno today. He also hated it whenever people took far too long to get things done.

In the same vein, woe betide anyone who turned in half-@$$ed work. When presented with such, Quezon would unleash a blistering tongue-lashing upon the hapless target, peppering his phrases with his favorite curse word: p*ny*ta.

For all his faults, Quezon genuinely cared about his constituents. Despite his flashy clothing, he frequently mingled and ate lunch with the common folk so he could listen to their problems.

On one occasion, he even ordered the immediate release of two inmates. One was serving a month-long sentence for urinating in public. The other was a cart driver who barely scraped by on 15 cents a day, and was caught making bombs. Regarding the latter, Quezon quipped, “No wonder you are a bomb-thrower, no one can live on fifteen cents a day.”

There we have it. Far from being the staid figure our Filipino language lessons would make him out to be, Quezon was quite a vibrant figure. Unmistakably dedicated, unbelievably talented, and astonishingly flawed, the former president didn’t just determine our national language. He also left us a legacy of leadership that we could and should look to in the days to come.