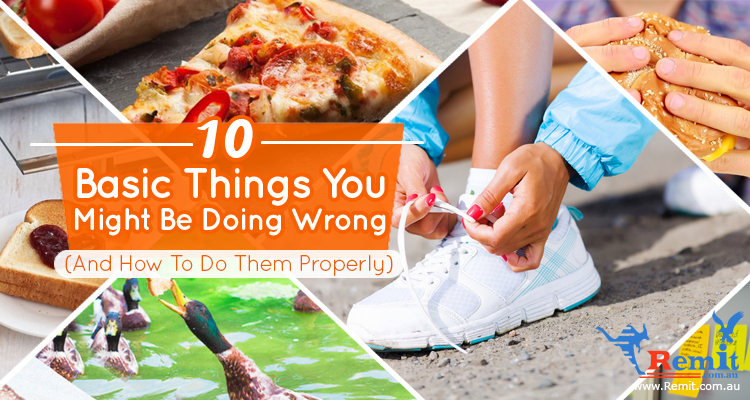 We have quite a lot of how-to articles here on the RemitAU blog. How to make your remittances go further, how to hack a conversation, how to (really) clean your house, how to make your own banana chips…. Our archive practically runs the gamut of adulting skills.

So, today, let’s do something a little different. Look, there are certain tasks we do without thinking. Even the most clueless among us would know how to peel a banana or tie their shoelaces. It’s not like you’d need an article to tell you how to do those things, right?

You see, as it turns out, we’ve been doing a handful of things wrong this entire time. Well, not wrong exactly. It’s just that there are far better ways of doing them, and here’s what we’re missing out on: 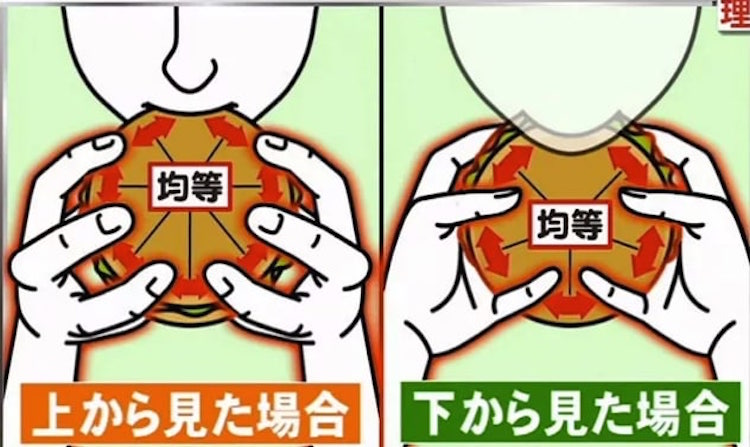 Don’t you just hate it when burger toppings end up on your lap after you take the first bite?

That’s actually avoidable, according to some fluid mechanics, engineering, and dentistry experts on a Japanese game show. The trick is to keep the little fingers and thumbs of each hand underneath the burger. You then lay the rest of your fingers atop it, taking care not to squish the bun. Apparently, this keeps the burger from falling apart as you eat.

Oh, and you may also want to warm up your jaw muscles before eating. Just a thought.

What do you do with extra pizza the morning after? Do you toss it in the microwave? The toaster oven, perhaps?

Wrong. The best way to heat up your pizza is by putting it in a frying pan over medium heat for a few minutes. This keeps the crust crunchy and makes the cheese all gooey, especially if you cover the pan beforehand.

Here’s where we take inspiration from our (alleged) primate forebears. Rather than practically wrecking the fruit from the stem end, squeeze its bottom part instead. From there, you’ll have an easier time separating the peel from the flesh.

Wait, there’s a proper way for loading the toaster??? Yep.

Most toasters are wider than they are tall. To maximize the surface area for toasting, put the bread in on its side, especially if it’s taller than it is wide.

Most of us graduate from velcro shoes past the age of five. On the other hand, lots of us tie the final knot in the wrong direction, hence weak and unsightly shoelaces.

It’s a little complicated to describe, so I’ll leave the link to the TED video here. Go ahead and click on it. It’s a life-changing two minutes, I swear. It certainly got me retying my laces shortly after and it works!

When you turn the carton so its opening is at the top, the liquid comes out more smoothly. It’s also far less messy as this way, it won’t splash.

We’re used to holding a can opener perpendicular to a can’s edge, and that often works. The right way, though, is to position it atop the can. It makes for a cleaner opening, apparently.

This chore can be especially tedious, but you can actually get it done in two seconds!

Surprisingly, the way you remove a sticky note from its pad affects how it will stick. Do it wrong, and the adhesive won’t stick properly.

So, what’s the correct way? Lift the note up slightly, and then pull it down towards you. This way, none of its sides will lift and it will stick properly.

Bread is actually bad for the poor creatures. It fills them up without providing them with nutrients. Too much of the stuff can even cause ducks to develop “angel wing” illness. This deforms their wings, thus rendering them unable to fly. Aww.

TLDR version: feed them some oats, rice grains, or even some chopped vegetable peelings instead.

Mind = blown. Which one of these hacks will you be trying out first?