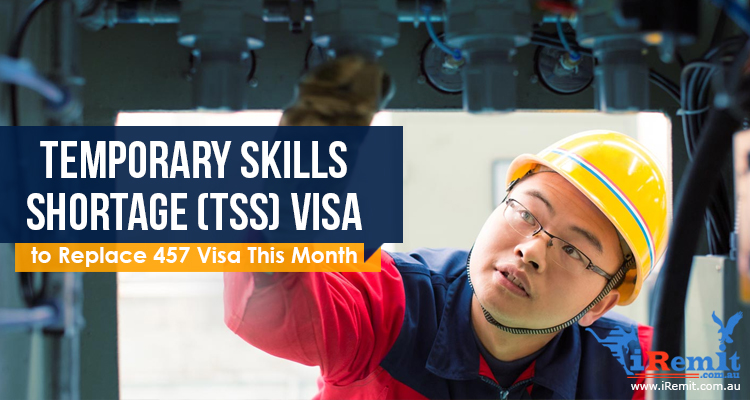 By Serena Estrella in Moving Down Under
March 19, 2018

STANDARD DISCLAIMER: All information contained herein are as of press time and are thus subject to changes without prior notice. As the iRemit blog is merely an information resource rather than an authority on immigration matters, readers are still encouraged to seek professional counsel.

Last year, Australian Prime Minister Malcolm Turnbull announced the abolition of Visa 457, which allowed local business owners to employ skilled foreign workers in industries where the demand for their skills was unmet. The official line was that the move was part of the government’s “Australia First initiative,” as the said visa was sometimes being used to exploit cheap labor, thus leaving many Australians out of a job.

As an estimated 95,000 foreign workers were on Visa 457, there was a great deal of concern about their future. During that time, proposals on new regulations and requirements were still being put forward, so there was quite a bit of unease over how things would proceed.

Fast forward to March 2018, where a new visa program that took about a year to create is now poised to fill the void left by Visa 457. It’s called the Temporary Skills Shortage (TSS) visa, and its requirements include the following:

Apart from the TSS visa, stricter eligibility requirements for employer-sponsored permanent skilled visas will also be implemented this month:

Just to clarify, if you already have an existing Visa 457, it will still remain valid until it expires. So, if the expiry date on your current visa is past this month, you can still remain in Australia and work for your employer.

However, if you plan to change employers soon, you will need a new nomination from the next one. Furthermore, the new nomination will have to meet post-July requirements, specifically that your occupation must be on the most updated version of either the Medium and Long-Term Strategic Skills List (MLTSSL) or the Short-Term Skilled Occupation List (STSOL).

Otherwise, you will not be able to change employers without visa complications.

As a final note, it’s great if you possess an existing Visa 457 that won’t expire anytime soon. On the other hand, you should probably make use of the time you have left to lay the groundwork for a more permanent visa, should you wish to stay in Australia and if you’d like your family to receive social benefits like Medicare or to avoid school levies if your children attend public school.