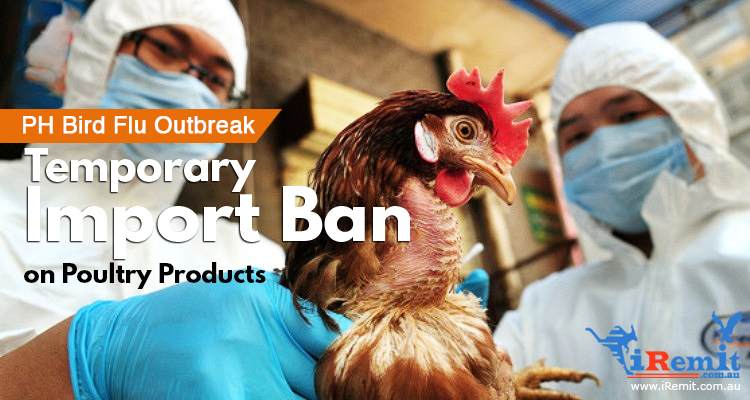 Avian flu was first identified in Italy during the early 1900’s, but it was the Hong Kong outbreak nearly a century later that brought it to the world’s attention. What began as the first documented case of human infection resulted in eighteen people catching the H5N1 strain, with six of them dying from it.

The former British colony thus resorted to destroying its entire poultry population of 1.5 million birds in three days, but the virus would spread throughout 15 countries in Asia, Africa, and the Middle East. The Philippine poultry industry, however, remained unscathed.

About a couple weeks ago, the Department of Agriculture (DA) confirmed the first ever outbreak of the avian influenza virus or bird flu in the Philippines. It reportedly started within the town of San Luis, Pampanga, which was then placed in a state of calamity as officials moved to prevent the virus from spreading.

Since then, officials from the Bureau of Animal Industry (BAI) have swooped onto the concerned towns and facilitated the immediate culling of some 200,000 poultry heads (chickens, ducks, quails, pigeons, fighting cocks, and even migratory birds) in the area. Pampanga Gov. Lilia Pineda is allegedly shouldering the labor cojusts of such an operation while poultry raisers were offered a compensation of Php80 for each of their ducks or chickens subjected to culling.

A few days later, the United Broiler Raiser Association (UBRA) and the Philippine Egg Board urged the DA to temporarily ban the importation of poultry animals and eggs, citing the possibility that chickens of unknown origin are responsible for the outbreak in the country.

The Philippine Egg Board also suggested that poultry products from areas that were not affected by the bird flu virus should not be banned, as the situation has already led to a 75% decrease in the revenues for poultry raisers in Central Luzon. The news of the virus outbreak led to a drastic decrease in demand for poultry products, translating into losses of up to Php10 million a day for most poultry farms, perhaps more if the transport ban for Central Luzon’s chickens and eggs are considered.

Symptoms of avian influenza in humans include fever, cough, sore throat, and sometimes, severe respiratory diseases and pneumonia. The mortality rate is currently at 60%, although there are oral, intravenous, and inhaled treatment available.

It should be noted that human bird flu infections are mostly due to contact with infected poultry or surfaces that have been contaminated with infected bird saliva, feces, or mucus. So far, there is no evidence that the consumption of poultry products results in the same, though one should still take care to eat only properly-sourced and thoroughly- cooked chicken meat and eggs.