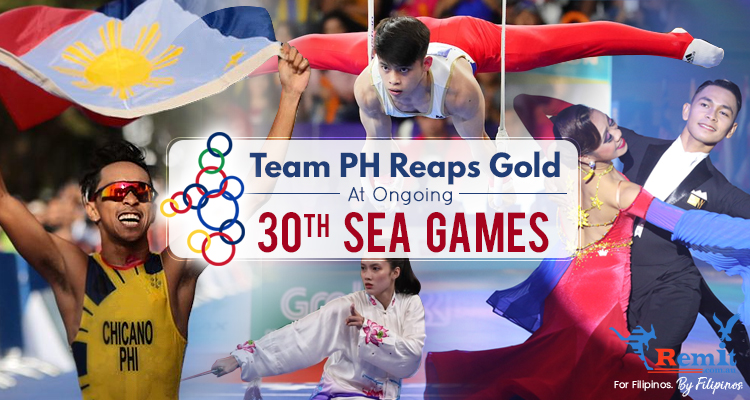 Despite some mishaps in the run-up towards the official opening ceremony of the 30th Southeast Asian (SEA) Games, the said event was quite spectacular.

Who wouldn’t be moved seeing so many talented Filipinos performing a wide variety of folk dances and even a pop culture number? Or watching our own athletic legends like Alvin Patrimonio, Akiko Thomson, Lydia de Vega, Efren Bata Reyes, among others, carrying the SEA Games flag onstage? Or witnessing Manny Pacquiao and Nesthy Petecio light up the cauldron?

Better still, our athletes have been absolutely killing it this season. 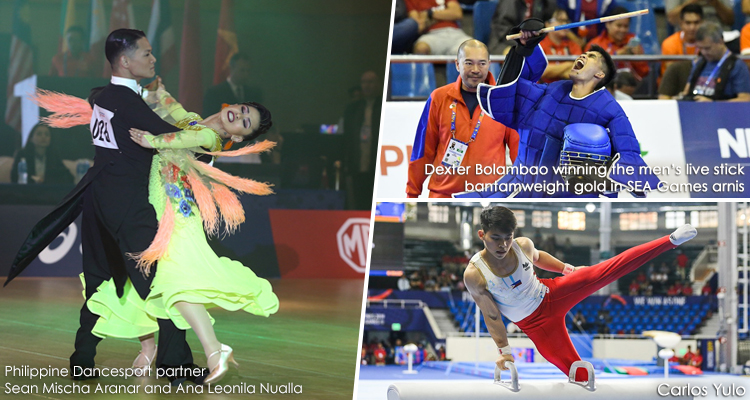 As of this writing, Day One of the 30th SEA Games has just come to an end. So far, the Philippine team has already bagged a total of 22 gold medals. In comparison, Filipino athletes won 24 medals overall at the 2017 meet in Kuala Lumpur, Malaysia. Wicked.

Interestingly, our dancesport representatives contributed nearly half of those medals. The standard pair of Sean Micha Aranar and Leonila Nualla and their Latin counterparts Wilbert Aunzo and Pearl Marie Caneda won three gold medals each. Meanwhile, Mark Jayson Gayon and Mary Joy Renigen bagged two gold medals in the standard category as well. So too, did Michael Angelo Marquez and Stephanie Sabalo for Latin dance.

Apart from ten silver medals and five bronze ones, the Philippines also won gold in other sports like arnis, triathlon, wushu, sepak takraw, kurash, and gymnastics.

So far, the host country is leading its Southeast Asian neighbors in the medal tally. Vietnam is in second place at the moment, followed by Malaysia, Singapore, and Thailand. Indonesia and Brunei are both trailing, while Cambodia, Myanmar, and Laos ended the first day with no gold medals.

The Inspiring Story Behind This Season’s First Gold Medalist

By now, you probably know all about Carlos Yulo. (He’s the 19 year-old gymnast who won gold in the men’s individual all-around with his breathtaking routine.) Ever since he won gold at the World Artistic Gymnastics Championships in Germany last October, he’s been pretty much unstoppable.

John Leerams Chicano, on the other hand, also garnered press attention for his journey from janitor to SEA Games gold medalist.

Yet, like many Filipino athletes, the triathlete had a rough start. Chicano was a promising cyclist competing in the junior ranks back in 2007. He also suddenly became a father in need of a job to support his baby girl.

Fausto recognized his new employee’s potential and decide to turn him into a triathlete. While Chicano was already a cyclist, he didn’t know how to swim. Thus, Fausto trained him from scratch and within three months, Chicano became a triathlete.

Not long after, he competed in the Subic International Triathlon and began to win races. Ultimately, Chicano made the national team in 2009, and the rest, as they say, is history.

Clearly, we as a country still have a lot of issues to address, and we really should work on these once the dust settles. But for now, we can put aside our political differences and simply cheer for our athletes as they reap their hard-won rewards.