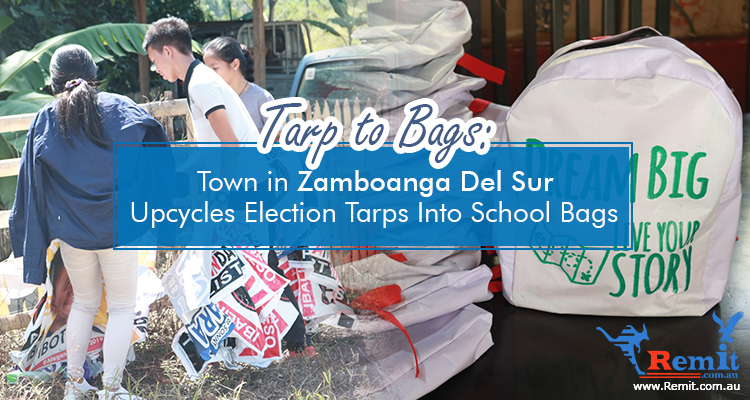 It’s a good day to upcycle! Yes, upcycle! Wait, is it supposed to be recycled? Well, upcycle and recycle is somehow different from each other. Recycling is when you convert (waste) into reusable material. While Upcycling is when you reuse (discarded objects or material) in such a way as to create a product of a higher quality or value than the original. 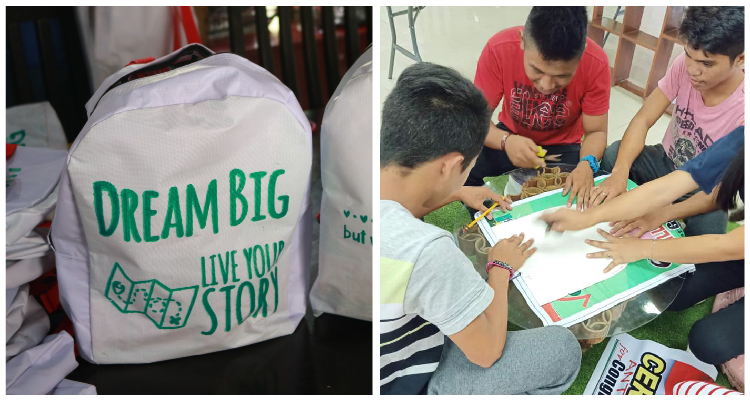 Teamwork it is! Special Program for the Employment of Students (SPES) volunteers gathered as they assisted in the cutting of patterns from tarpaulins to bags. While members of the Women Empowerment Movement – Rural Improvement Club (WEM-RIC) did the sewing.

According to one WEM-RIC volunteer, they are expecting to produce 154 bags to be distributed next week to the students of a public school in Dumalinao.

Reyes said all the 154 bags will be distributed to a remote school in Midsalip, a town wherein majority of the residents are Subanen, the Indigenous Peoples of the province.

Cerilles noted that upcycling campaign materials would reduce wastes and could be processed for usable materials of good quality.

During the 2016 election, the same WEM-RIC volunteers produced eco-bags out of the campaign tarpaulins and distributed to market customers after Dumalinao’s local government implemented a “no plastic policy”. (PNA) 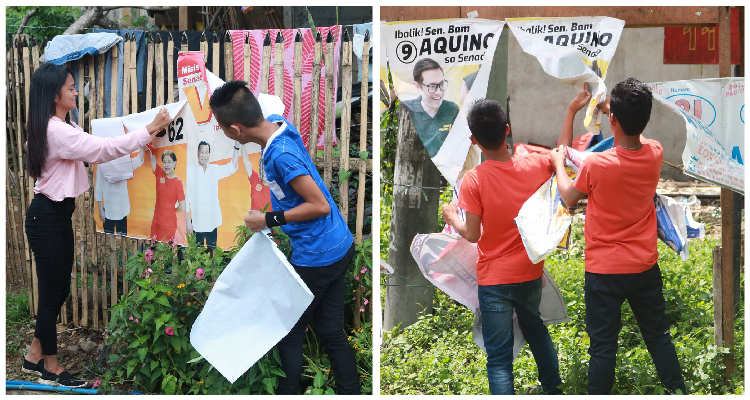 The tarpaulins were gathered from Operation Baklas, an initiative of the town’s local government unit (LGU) where youth volunteers remove campaign paraphernalia after the elections.

According to Dumalinao town mayor Junaflor Cerilles, the operation successfully collected around 1,300 campaign materials. These came from barangays within the municipality and other neighboring areas such as Margosatubig town and Pagadian City, where citizens donated used election materials for the initiative.

Believe it or not, we are now facing a serious battle with plastics and trash. We need to wake up and help each other in saving our environment. These upcycling projects will be a huge help to reduce and turn a useless object into a useful one.

If all Filipinos will be willing to upcycle and make projects like these, then we still have hope in saving our environment.