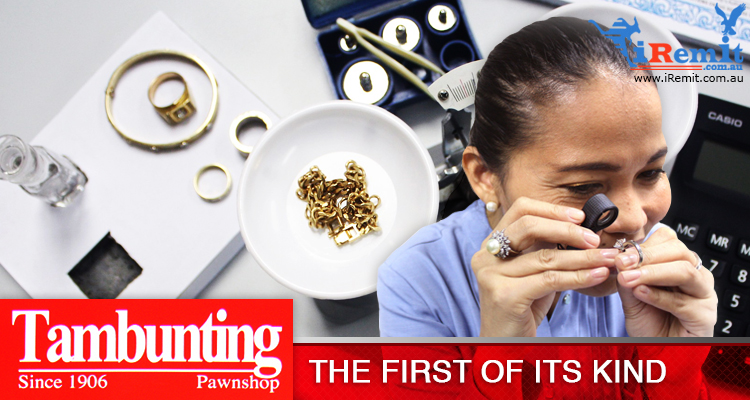 By Serena Estrella in Business and Career
February 7, 2017

Tambunting Pawnshop: The First of Its Kind

So far, we’ve talked about establishments that emerged after the Second World War, but there’s actually one financial service provider that’s been around even longer.

It was Don Ildefonso Tan Bunting who put up the original pawnshop more than one hundred years ago. The son of a Chinese immigrant from Fujian, China, Tan Bunting’s initial foray into business involved collecting garbage on the streets of old Manila using his horse-drawn carriages. Despite being paid only five centavos per trashcan by the city government, he was able to scrimp and save enough to accumulate a portfolio of small investments, including plots of land in Divisoria and Tondo.

Thus, Tan Bunting chose to put up what was then known as the Casa Agencia de Empeños de Ildefonso Tam Bunting in Santa Cruz, Manila. This endeavor would prove to be so successful that even the advent of World War II did not stop the expansion of Tan Bunting’s pawnshops inside and outside Metro Manila.

Both the pawnshop and the surname of the family that founded it was later changed to Tambunting, and it has been a byword for reliable short-term financial assistance among Filipinos for decades. The core of its business remains to be short-term loans granted in exchange for collateral like jewelry, gadgets, and more recently, real estate mortgages and stock pledges, but that hasn’t stopped the company from diversifying its holdings.

Back in 2008, Banco de Oro tapped Tambunting Pawnshop to be one of its remittance channels. This partnership added about 50 more pick-up channels to the said bank’s network, and has certainly aided many Filipino OFW’s and their families in sending and receiving remittances through secure and legal means.

At present, the business is being managed by the fourth generation of Tambuntings, all working to preserve the same level of discipline and dedication that their great-grandfather exhibited in growing his brand and servicing his clientele.