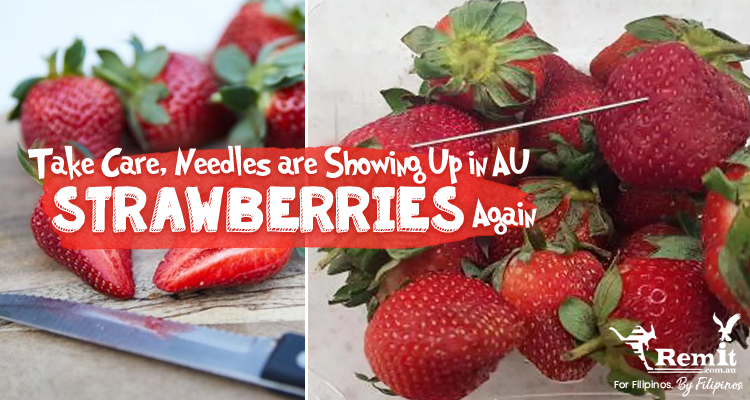 Take Care, Needles Are Showing Up in AU Strawberries Again

Ah, strawberries. Who doesn’t enjoy them? The ones from Australia are generally plump and juicy, and they’re equally good on their own or in a pavlova.

Indeed, the mere sight of one is so inviting that you wouldn’t think twice about biting down on one. However, some recent events might make you more cautious about buying or consuming strawberries. 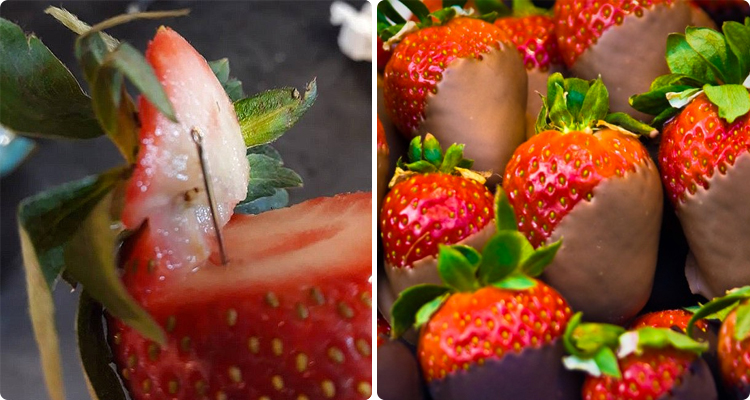 A couple of weeks ago, 30 year-old Skye was enjoying one of the chocolate-covered strawberries atop her birthday cake. As she bit into one, she noticed a large needle protruding from it.

“It was pretty much the whole length of the strawberry,” David Chapman, Skye’s stepfather, said. “It was actually in her mouth and luckily, she pulled it out.”

Although she did not actually swallow the needle, Skye still spent the night in the emergency room. She reported feeling something stuck in her throat, and was only cleared to go home after doctors determined that the foreign object would pass on its own.

According to the Melbourne native, she purchased the strawberries from a Coles store in Eltham. Thus, a Coles spokesperson made a statement after Skye filed a complaint about the incident:


“Coles takes the safety of the food we sell seriously, and we have spoken to the customer to follow up their complaint. We have worked with our strawberry suppliers to implement additional control measures to ensure strawberries are inspected before they are sent to supermarkets.

We have notified the police and will follow up with our supplier to investigate the matter.”

Not An Isolated Incident 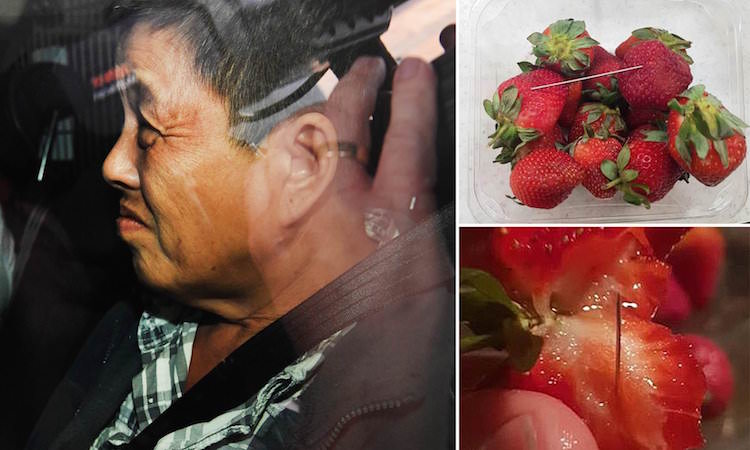 This isn’t the first time someone found a sharp object in fruit. Around this time last year, a series of similar occurrences nearly crippled Australia’s multimillion dollar fruit industry.

It all started when a former Queensland farm supervisor inserted sewing needles into strawberries intended for supermarkets. The act, which was allegedly a form of workplace revenge, soon spawned copycats all over the country.

Eventually, the police arrested 50 year-old My Ut Trinh. By then, there were over reported cases of sewing needles or pins in strawberries reported. Prior to that, farmers and producers had to recall large numbers of strawberries from supermarkets. Some even had to bin their crops altogether, what with local and overseas buyers suspending their purchases.

Since strawberries make up 3% of Australia’s fruit exports, you can just imagine how substantial the damage was.

And now, it looks like the nightmare has begun anew. Trinh remains in jail and there are harsh penalties in place for “food terrorists,” but that hasn’t deterred whoever keeps sticking needles in fruits.

Furthermore, it looks like strawberries aren’t the only produce posing a threat. Only yesterday, for instance, someone reportedly found a metal spike in a grape from an Aldi store in Victoria.

What You Can Do to Protect Yourself and Your Family 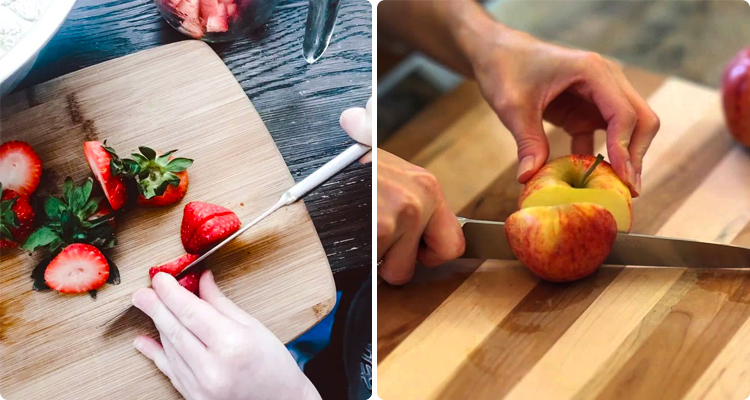 We Filipinos are especially fond of fruits, and migrants in Australia are fortunate to have access to those that aren’t readily available here. While there has only been one reported case of someone actually swallowing a needle, I doubt if anyone would want to risk being next.

Fortunately, you or your kids don’t have to give up strawberries or other fruits. The authorities do suggest cutting them up before serving them, just to be on the safe side.

Should you happen to swallow a needle, you should call 13 HEALTH (13 13432584) or consult with your general physician immediately. Those who find needles, on the other hand, may report to the police.