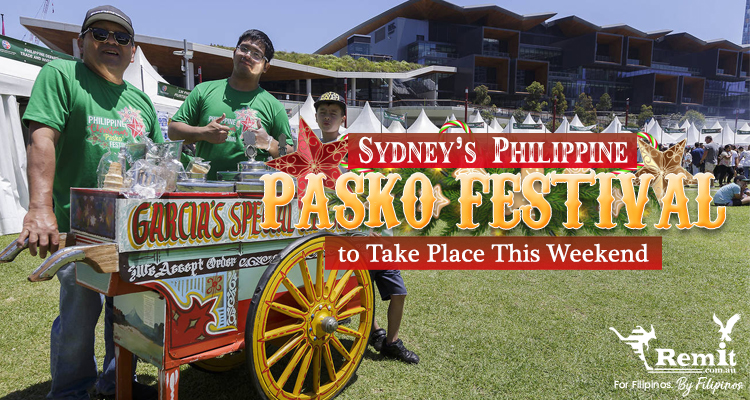 Filipinos really do bring the Christmas spirit with them regardless of wherever they might be in the world. Sydney’s upcoming Philippine Pasko Festival is a case in point.

While Christmas preparations don’t usually start until late November or early December in the Western world, holiday festivities begin as early as September in the Philippines. Basically, the moment you see “ber” on the calendar, you can expect to hear Christmas carols everywhere.

Thus, in that context a Christmas festival Down Under on the second weekend of November totally makes sense, right?

What You Can Look Forward to at the Festival 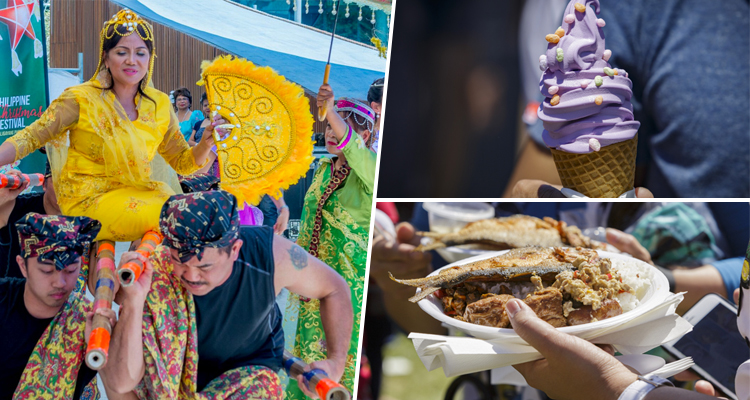 Though you’re bound to get a major dose of Pinoy culture at the event, everybody who attends is likely to leave with a full stomach. Granted, Sydneysiders are already pretty spoiled when it comes to Asian food, but Filipino cuisine heavyweights will take centerstage at the festival.

For starters, what Filipino celebration is complete without lechon? Apart from the classic suckling pig, attendees can also nosh on barbecue skewers, pork cracklings (chicharron), and plates of fried fish.

In the mood for something sweet? The festival’s food stalls have got you covered. Think cones of ube (purple yam) ice cream, caramelized bananas on sticks, and of course, the iconic halo-halo. Who could possibly say no to a glass of shaved ice layered with sweetened beans and coconut jellies, topped with ice cream, and then drizzled with evaporated milk?

Once you’ve eaten your fill, do stick around for the Filipino song and dance performances. They’ll be live throughout the day for the entire weekend. Furthermore, a handful of Philippine Basketball Association (PBA) greats will make an appearance on the first day. If you follow Philippine basketball, this could be your chance for a photo opportunity with some of its most legendary players.

Things to Take Note Of 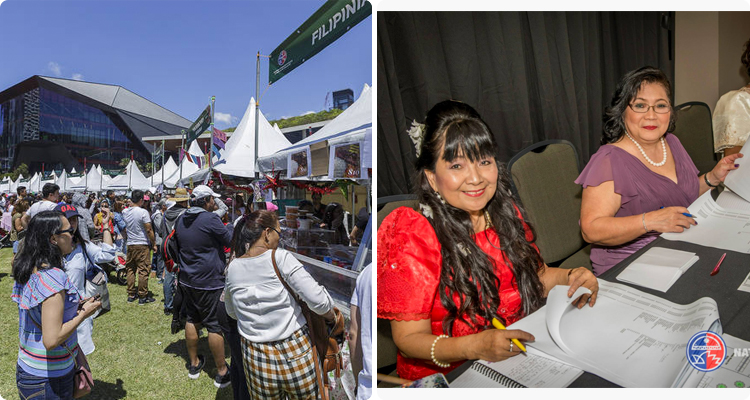 This year’s Philippine Pasko Festival will be on 9-10 November. It’ll run from 10 am to 8 PM and from 11 am to 7 pm on Saturday and Sunday, respectively. Like the previous three festivals, it will return to Sydney’s Darling Harbour, specifically at Tumbalong Park, 11 Harbour Street.

The Philippine Community of NSW is organizing the event, and there will be no entry fee. They’ll also be overseeing the annual Christmas lantern contest, which is open to everyone of Filipino descent. All participants are to create and present a parol or lantern embodying the Pinoy Christmas spirit. Should you wish to register and/or learn about the mechanics, click here.

Here’s to a Merry Christmas in November!