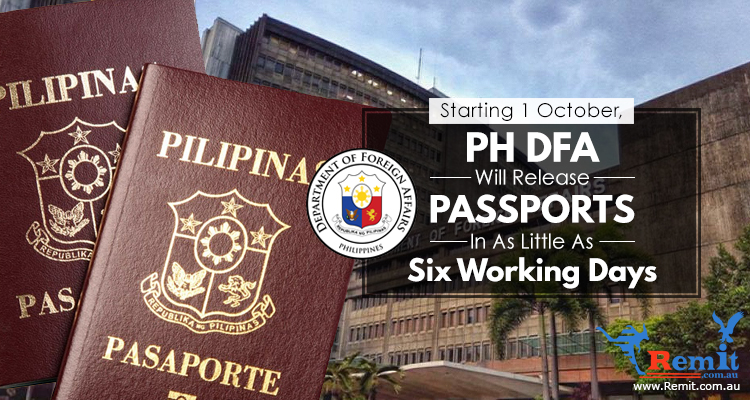 Starting 1 October, PH DFA Will Release Passports In As Little As 6 Working Days

Yep, you read that right.

Started last Monday, 1 October, the Philippine Department of Foreign Affairs (DFA) will be adhering to a new schedule for releasing passports, and the great news is, you won’t have to wait for almost a month just to get yours.

Applicants who have paid Php950 for regular processing can now collect their passports from the DFA consular offices within Metro Manila after twelve (12) working days, as opposed to the old waiting period of fifteen (15) working days. Those who paid for the same, but will be retrieving their travel documents from satellite offices outside Manila can also do so within twelve (12) working days, which is a significant improvement over the usual twenty (20) day time frame.

Foreign Affairs Secretary Alan Peter S. Cayetano credits the welcome change to the sweeping reforms made by his department last year to absorb the surge in passport applications, with the introduction of e-payment facilities and the expansion of DFA Aseana’s work week emerging as some of the more notable ones. 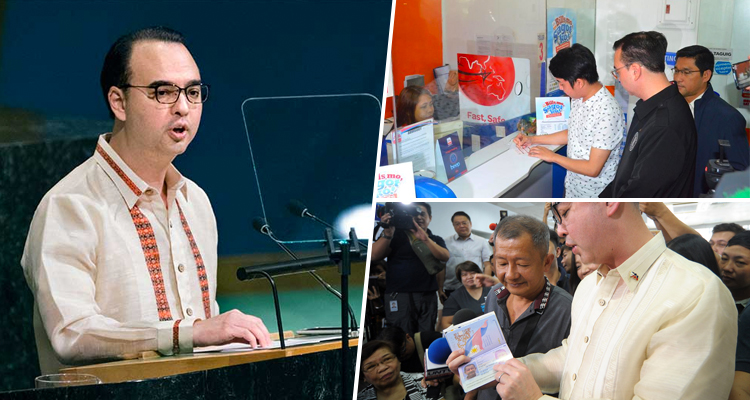 “Providing better passport services is at the heart of our work at the FDA,” Secretary Cayetano was quoted saying, “From the 9,500 passports that were being processed daily in May last year, we have increased our capacity to almost 20,000 passports a day. We endeavor to increase this number to 30,000 by the end of the year.”

The department is also apparently working on shortening the waiting times for securing online appointment slots, which now take up to a month as compared to nearly three months last year, and for passport applications filed at Philippine Embassies and Consulates all over the world. The latter is especially pressing, as their processing time takes up to two months on average.

Still, kudos to the DFA for making considerable headway in providing faster passport processing services to our kababayans. This certainly makes it easier for all of us to travel, study, or work abroad as we so need or desire.