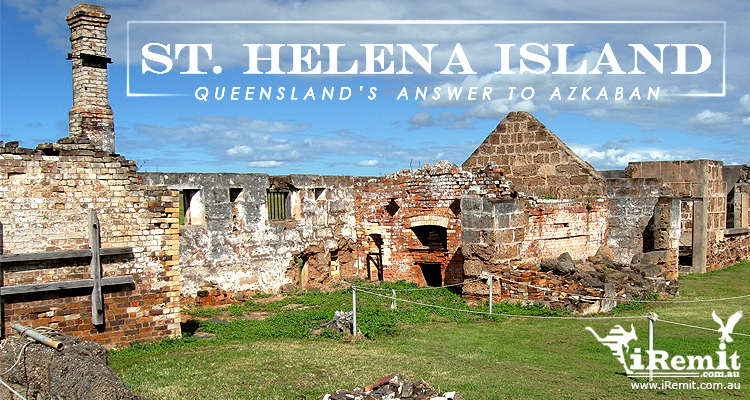 By Serena Estrella in Life in Australia
November 30, 2016

In Harry Potter’s world, witches and wizards who violate wizarding laws are sent to a prison called Azkaban. According to JK Rowling’s third novel, Azkaban is located in the middle of the North Sea, and is besieged with ghost-like creatures called dementors feeding on each prisoner’s hopes as they patrol the perimeters.

Queensland’s St. Helena Island has no dementors prowling about, but it is no less of a prison. About 21 km east of Brisbane, this heritage-listed island was formerly called Noogoon by local Aborigines but was renamed St. Helena after someone from the said tribe (who also happened to be called Napoleon) was exiled there in the early 19th century.

Looking at the picturesque isle now, you would have little reason to guess that this Moreton Bay settlement was the site of Queensland’s first penal colony. It all started when Brisbane’s Petrie Terrace gaol became too crowded to take in more prisoners. Someone then came up with the idea to move 30 of its prisoners to an old ship called the Proserpine, which was anchored near the mouth of the Brisbane River.

As part of their sentence, these prisoners were brought over every morning to St. Helena, where they were made to do heavy, menial tasks like digging up wells, quarrying stone blocks, clearing plants, and building a new quarantine station. After a hard day’s work, the prison laborers were brought back to the Proserpine by whaleboat.

However, the Queensland government was forced to scrap the original plans for the St. Helena quarantine station as conditions at the Petrie Terrace gaol grew increasingly unbearable. Thus, the efforts of the prison workers from the Proserpine were redirected into building a new prison instead. The Governor at the time made it official by signing a proclamation declaring the island as “a place whereat offenders under order or sentence of hard labour or personal servitude may be detained.”

The early years on St. Helena Island could have rivaled any stint in Azkaban when it came to toughness: the ruins of the stone walls and houses all bear witness to the hard labor that the first prisoners were subjected to, and punishments like confinement in dark underground cells, the lash, the gag, and the shot drill were periodically doled out to inmates who failed to toe the line.

Still, given how some of the country’s worst criminals were sentenced to St. Helena Island, it was imperative for the settlement be a secure prison. Thanks to the isolation presented by its natural surroundings and the iron rule of its wardens, the island gaol went on to become Queensland’s showpiece prison. Fewer than 25 serious attempts at escaping this prison have been recorded, with much of the offenders ending up recaptured, drowned by perilous tides, or even taken by sharks.

Image Credit: Stories From the Archives

Only one man has ever managed to escape from St. Helena Island. The notorious gunman Charles Leslie took off on an early morning in 1924, aided by criminal accomplices who awaited him in a motorboat offshore.

Today, St. Helena Island no longer functions as a prison, but instead as a national park. Student visitors and tourists alike can get access to the island by getting onboard a 130-seat catamaran operated by a company that’s fittingly called Cat-O-Nine-Tails Cruises.The company has even collaborated with the multi-talented St. Helena Island Theatre Troupe to produce a show called “Secrets of St. Helena,” and visitors can watch it on the island’s first roving theatre.

If you wish to find out more about the history of the place, you can also sign up for one of the island’s history tours. Braver souls might even be interested in the ghost tour, as a handful of prisoners who died during their incarceration are actually buried in the vicinity. 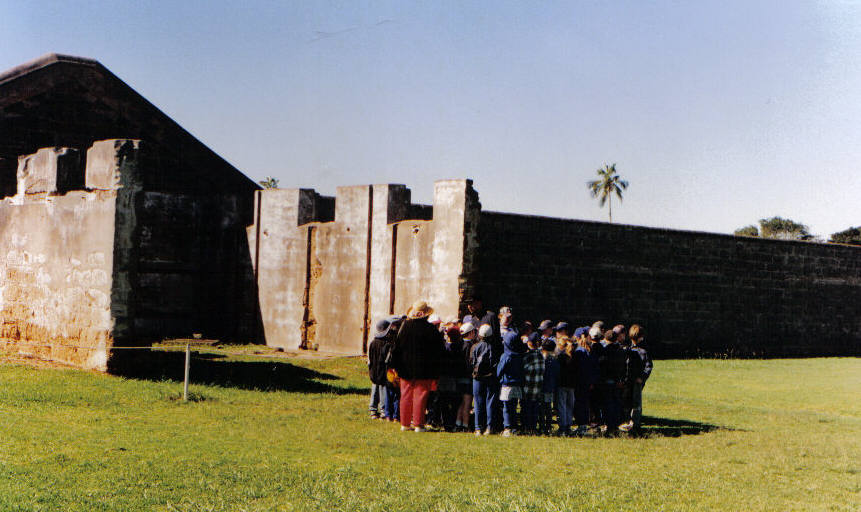 Rest areas and picnic tables are also provided onsite, as are short, easy, and scenic walking routes. St. Helena Island by Day charges AUD79 per adult, AUD45 per child, and AUD199 for a family of four (provided that there are two parents and two children that fall within the 4-14 year age group). This fee includes the cruise, a dramatised tour, and a delicious lunch.

In need of a different kind of night out? St. Helena Island by Night, which costs about AUD95 per adult, AUD50 per child, and AUD250 for a family of four might be just up your alley. This package is inclusive of both the cruise and the dramatised tour, along with a buffet dinner and dessert.

For more information on St. Helena Island National Park’s schedules and facilities, you may contact them at 1300.438.787 or at info@sthelenaisland.com.au.